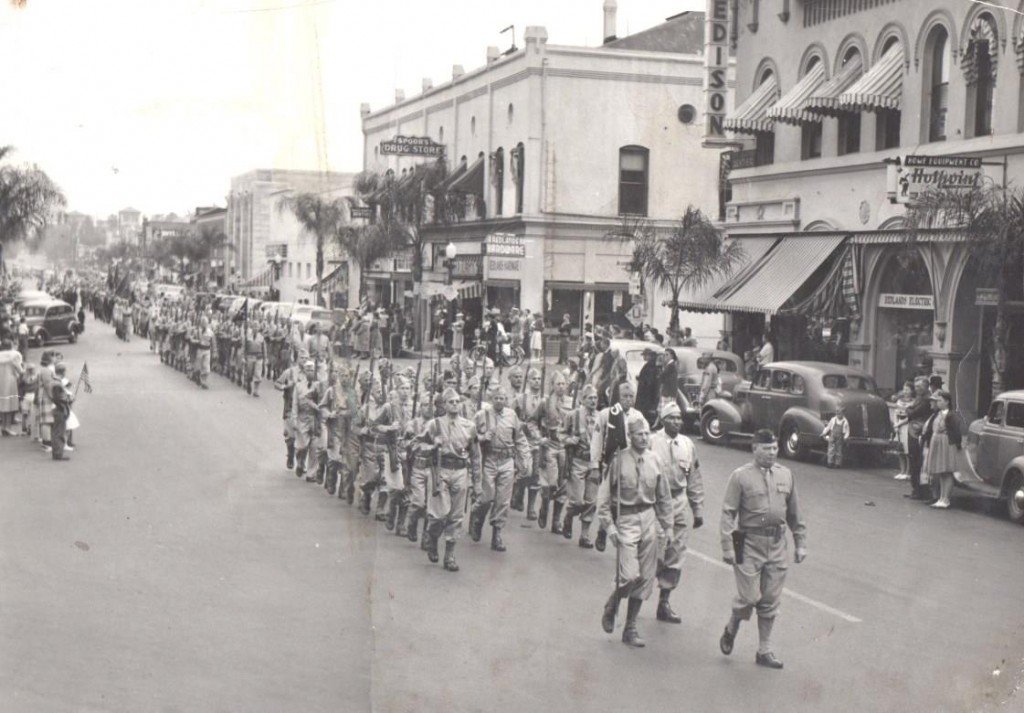 REDLANDS AREA HISTORICAL SOCIETY will  continue with the World War themes that began last month with the presentation by Dr. Ann Deegan and “Redlands Faces in World War I.”  Tom Atchley, vice president of the group, will present “Redlands: A Community Response to World War II” when the historical society meets Monday March 23 at 7:00 p.m. in the Assembly Room of A.K. Smiley Public Library.

While researching the demise of the citrus industry, Atchley created an index file on World War II, the home front and what Redlands citizens did to support the war effort.  The Power Point presentation begins with a captured Japanese submarine used in the attack on Pearl Harbor that was photographed traveling through Redlands by the Mentone News in January 1942.  Japanese subs fired on the Santa Barbara oil fields. The Montebello, a Union oil tanker was sunk December 24th off the coast.  Redlands became psychologically motivated after the Battle of Los Angeles on February 24, 1942.

Quickly Redlanders organized the protection of the Big Bear Dam, an aircraft warning service, a total blackout of town, which included painting gold domes black on neighborhood homes and the round-up of “enemy aliens” in the community.   A German spy was hunted down by the FBI.  A Redlander was part of the famous “Doolittle Raid” giving the community the first real hero of the war and hope.  Redlands homes were converted for war time housing to provide residences for civilian war workers at the San Bernardino Air Depot (Norton).

Women took an active part in the war.  Boy Scouts, Redlands High, the City of Redlands, University of Redlands, Lion’s Club, and Horticultural Society were a few of the organizations to support the war effort daily.  Redlands Cannery sent thousands of gallons of vegetables and fruit to the supply depot for shipment.  Gill Batteries were in the bombers, fighters, trucks and jeeps in the war.  Redlands Tent Company employed 120 men and women making tents for combat  soldiers.  Abe Gardner road mixers were used by the Seabees on isolated islands in the Pacific to build airstrips. Fletcher Lumber Mill built crates to ship armaments and construct GI tent frames.  The “spider lady” raised Black Widows to provide silk for cross hairs for bomb sites.

The newspaper ran pictorials of the war, the Ernie Pyle column, draft notices, letters from the front, citations for men and women, and daily reminders of community war drives.  Overall the community united as never before or since.

Historical Society programs are free and open to the public and offer membership information and publications for sale.