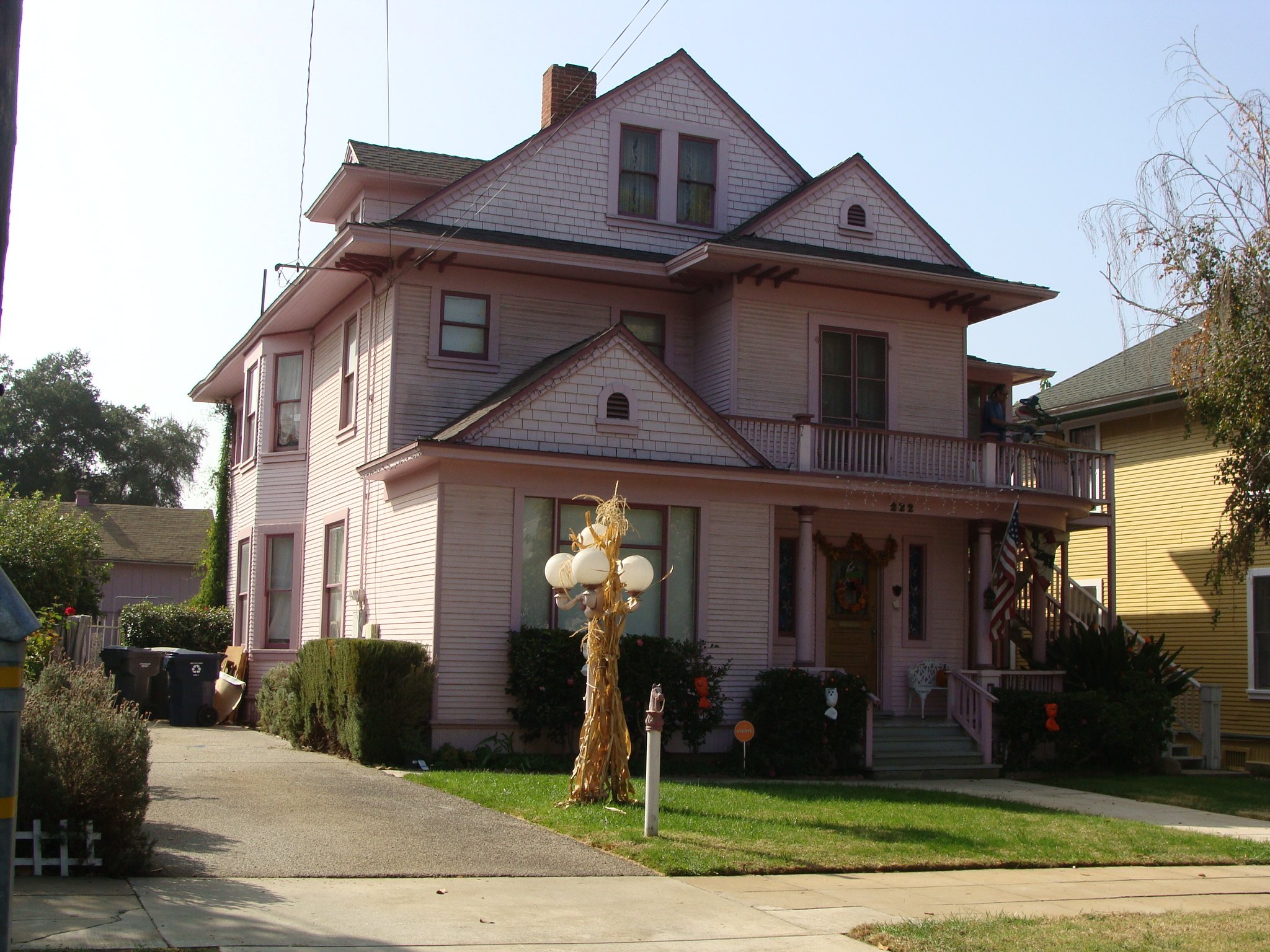 The 2 1/2-story Victorian at 222 South Buena Vista Street, beautifully restored and painted to the era, was originally constructed in 1902 as a one story cottage. It was built as a single-family residence for $1200 by its first owner, Fannie C. Hathaway, a widow, who resided there for four years.

By 1906 the Austin family, Albert M., Jennie, and their daughter, Jenniee took possession of the home and made many changes to the structure during their residency, including the addition of 1-1/2 stories in 1911.

The facade has many of the elements often associated with the Victorian architectural style. The asymetrical composition is enhanced by the multi-gables at the roofline, including three front-facing wooden-shingled gables with vents. The porch is supported by round columns situated on square-paneled piers. The front entrance has a wooden door with one large glass pane and narrow wooden panels below with long, narrow, jeweled stained-glass sidelights on each side. The wraparound porch and second-story balcony have stickwork railing, interspersed with low, square wooden posts.

Mr. Austin, a partner in Austin and Clark, a company involved in real estate and loans, died in 1912. His wife, Jennie remained-in the house until her death in 1916. Also, in 1912, Jenniee Austin, who was employed as a fruit packer married Benedict Washburn, who is listed in the city directories as a jeweler and as an optician. They remained at this address until 1922.

The dramatic change for the function of this home took place under the ownership of Minnie B., Harvey E., and Ralph E. Smith. The home, purchased in 1923, was converted into apartments from 1923 to 1938, and, in 1939, it was known as the Buena Vista apartments. The Smith family retained the property until the late 1970s. There were many residents of Redlands, both short-term and long-term, who stayed in the apartments through the years, including Beulah L. Judson, a McKinley School teacher and two librarians at the A. K. Smiley Public Library, Francis Redman and Isabelle Smith Spencer. Ralph E. Smith, also, ran a radio repair shop on the property. Smith began the installation of the sound equipment at the Redlands Bowl in 1934 and became the sound man during the performances. Upon his death in 1977, the property changed owners several times.

Doris and James Gentry, moving from Downey, purchased the property in 1986, because of their love older homes. After careful research, the Gentrys recreated a color scheme reminiscent of a turn-of-the-century Victorian. Other improvements and additions include the installation of the stain-glass panes in the sidelights and an outside staircase to the second-story apartment, which they rent out. The home was designated a Redlands’ historic resource in 1988 by the City Council.

The Gentrys are to be commended for their careful restoration and stewardship of one of Redlands’ historic properties.