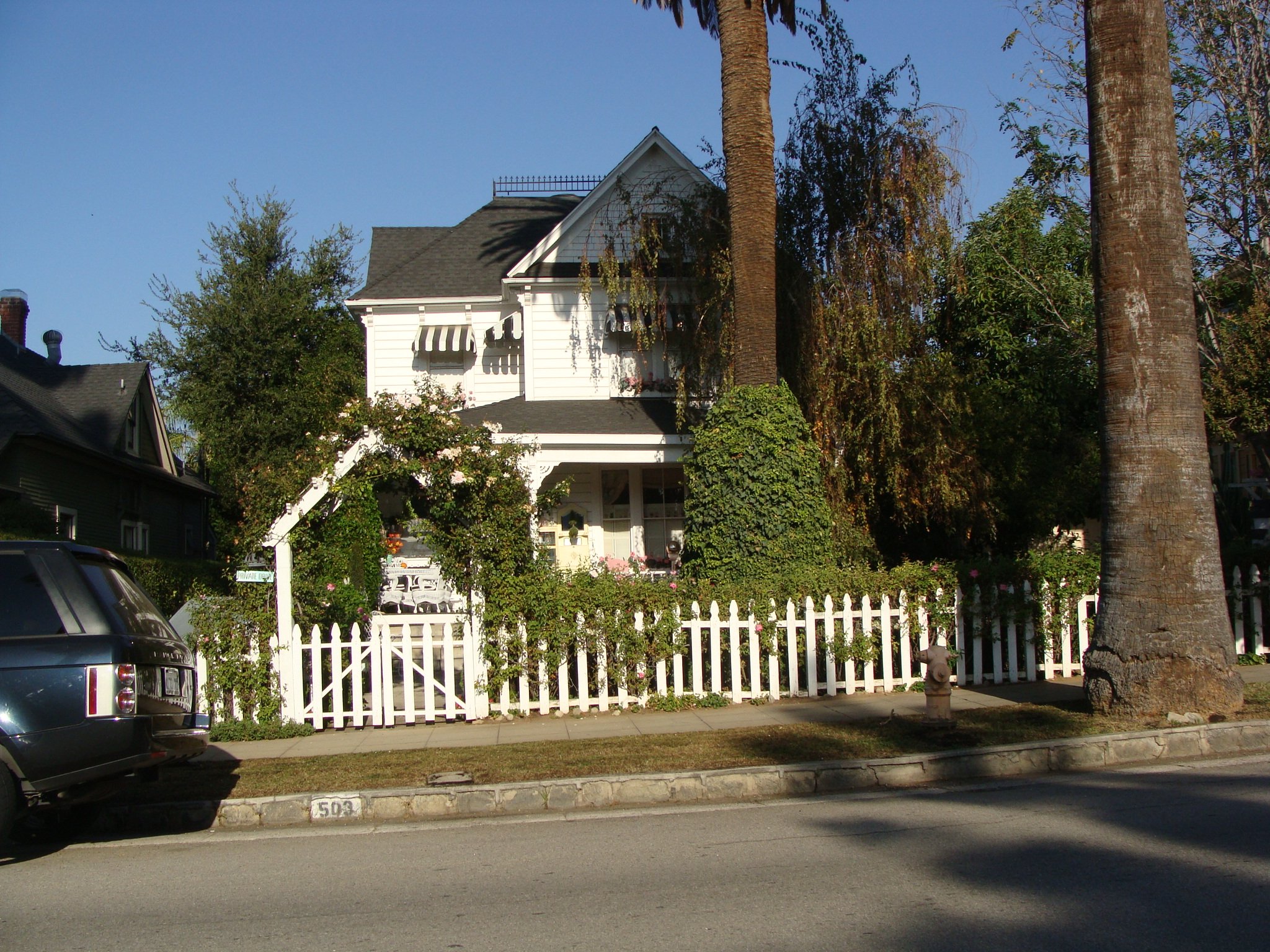 Angeline S. Hargraves had this two and a half story victorian cottage built in 1895 at the cost of $3000.00. Her son, Herbert A. Hargraves was married in May of 1895 to a Miss Camilla A. Gemich. The Citrograph newspaper stated in the marriage announcement that both the bride and groom were well known and popular among the young people of Redlands. After their trip to the coast they would reside in a beautiful residence on Cajon street. The couple would remain in the house until after his mother’s death. Angeline died at the age of 67 from pneumonia and was buried December 29,1898 at Hillside Cemetery. Herbert owned a 10-acre orange grove at this time and was on the staff of the Redlands Daily Facts since 1890. He remained with the facts until his death in 1937 at the age of 70.

The home has a pyramidal roof with cross gables and decorative brackets at the roofline. Each of the wood shingled gables contains a window with small glass panes. Four turned posts, two attached to the buildings surface, support the wooden porch. At the top of each post are decorative brackets. The west facing porch has a stick balustrade. Recessed into the building is the front door containing one large glass pane with wood decoration below. Above this door is a glass transom.

After the Hargraves, the house was used as a rental for many years. In the 1960’s Everett Norton, a postman, lived in the house and converted it to two apartments. He also built the kitchen cabinets out of ammo-boxes he salvaged from Norton Air Force Base. In the early 1990’s Dr. Terry Vines purchased the home in the hopes of converting it into a dental office. He decided instead to buy the old Family Service bonding on Vine St. In 1995 the present owners, Don and Diane Tucker, purchased the home. Her brother is Dr. Vines. The house was in terrible condition as were the grounds around the house. They lived five months on the second floor while they remodeled the bottom. With much love and much patience they have brought this cottage back to life. The yard is also blooming, full of beautiful roses and other plantings.

It is with great pleasure that the Redlands Area Historical Society presents to Donald and Diane Tucker this Heritage Award.

Researched and written by Karen Flippin.