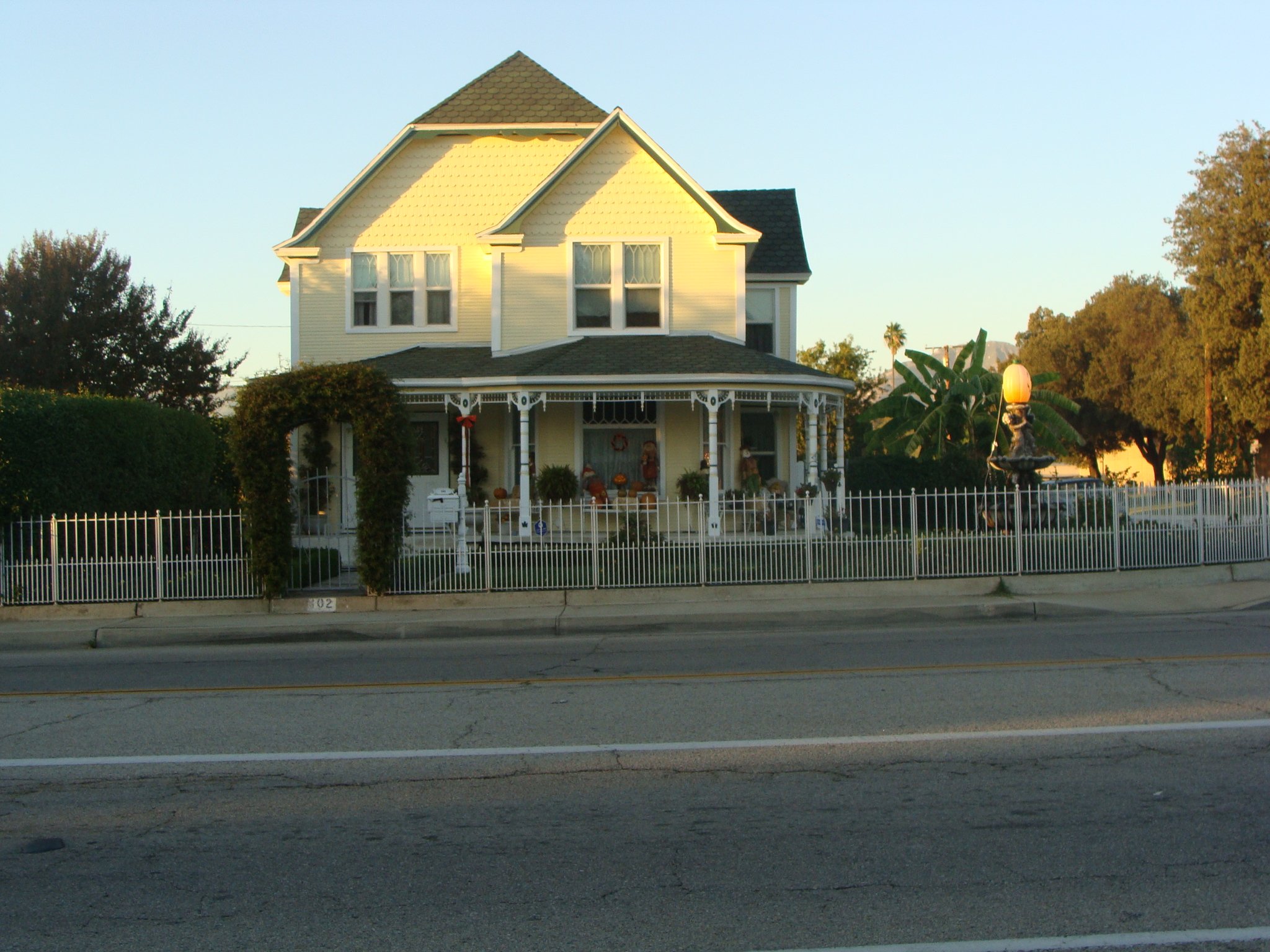 Arthur Harbert, a music teacher in Redlands, built the home at 102 West Lugonia on the northwest corner of Lugonia and Washington Street, in 1909 for $2,000. The builder was Henry C. Ringle. Harbert’s son worked for the Sun Drugstore on State Street and R.H. & Harbert of the same address was a janitor. The Harberts also built a $2,300 cottage on the corner of Lugonia and Webster in January 1907.
In September 1932, the Catholic Church represented by Our Lady of Victory Mission, consisting of ten Catechist sisters, moved into the home. The sisters conducted a health mission seeing to the poor especially in health care and tuberculosis testing. In the first two years they saw over 9,000 patients. The mission was successful and the Catechists Order was introduced into Redlands. Subsequently in 1941, they purchased the Burrage Mansion and moved their operations there.

Present owners are Daniel and Gloria Jimenez and family. The Jimenez’s applied and received registration of the structure on the City of Red1ands’ Register of Historic and Scenic Places which protects the building from demolition or alteration by subsequent owners.

Of Queen Anne style, this late Victorian house has the wrap around porch typical of this style, which is supported by seven porch pillars. The roof1ine includes a hipped gable unusual for the Queen Anne style but symbolic of the individuality that crept into this type of Victorian architecture. Another unique feature of the home is its eliptical window below the front gable.

The Redlands Area Historical Society is proud to honor this unique example of Redlands’ Heritage and to commend the placement of the home on the City of Redlands’ Register of Historic Places.