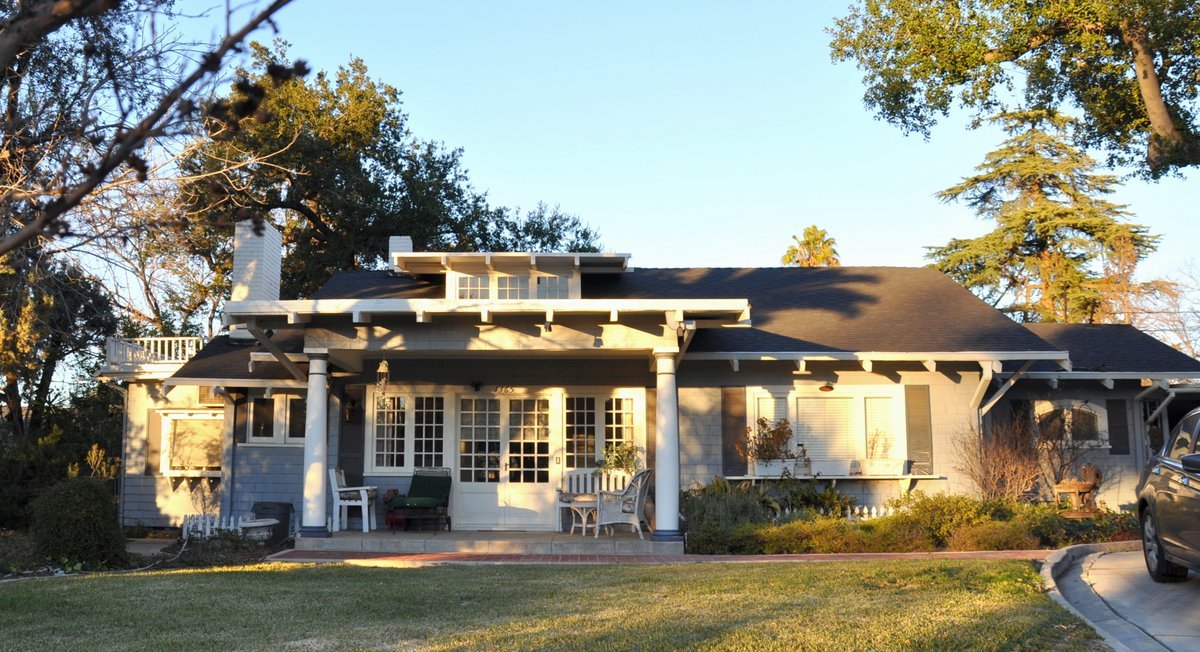 In 1911, Arthur Sargent commissioned Davis Donald to construct a six room house for $3,000. The cottage has Craftsman features, overhanging eaves and exposed rafters. A dormer on the west side of the house has a shed roof with exposed rafters and contains a three sash multipaned window. Below the dormer is an open cement porch with a shed roof supported by two doric columns. The building has shingle siding and wooden shutters. There are Tiffany windows in the southwest corner of the house. A segmented window faces the west. The east side of the building has multipaned metal windows which were added later.

Interesting interior features include a sitting area with the fireplace as the focal point. The area is set apart from the rest of the living room by a low wall and two large columns. The bathroom is very spacious and accommodates a large, old-fashioned bathtub without feet, a pedestal sink and a built in shower. The shower has tiered wrap around pipes with needle sized holes resulting in a body message when used.
Mr. Sargent was born in Boston, Massachusetts and moved to Redlands at an early age. He graduated from Redlands High School in 1902. The day after graduation he started work for the First National Bank (later Security Bank). He retired in December, 1940 after 38 years of service.

During World War II he came out of retirement to help at the San Bernardino Air Depot, now Norton Air Force Base. He was active in the community, belonging to the Unitarian church and serving as secretary of the Fortnightly Club. In 1914, he married his high school classmate Ruth Eddy. On November 21, 1964, at the age of eighty, he passed away.

Ruth Eddy moved from Beverly, Massachusetts to Redlands in 1887. Her father; a Congregational pastor, purchased five acres of orange grove property on West Fern Avenue. One year later he passed away and in 1890, his widow married John P. Fisk making Ruth Eddy and Helen Fisk half sisters. Ruth graduated from Redlands High School in 1902 and subsequently taught English in Massachusetts. She taught at Redlands High School for twelve years before joining the staff at the University of Redlands. She died on January 15, 1976 at the age of 92.

Arthur Sargent was a naturalist and believed that vines and shrubs should grow without trimming. Both the Sargents loved the wild life around their house and would spend time observing and feeding the creatures. When Lowell and Josephine Earl purchased the home in 1967, it was secluded from the neighborhood in a maze of bushes and vines. Today the bushes and vines are neatly trimmed. The Sargents’ house has become very special to the Earls. All interior remodeling has been carefully done to retain the integrity of the home.

We thank Lowell and Josephine for their excellent care of this historic property.