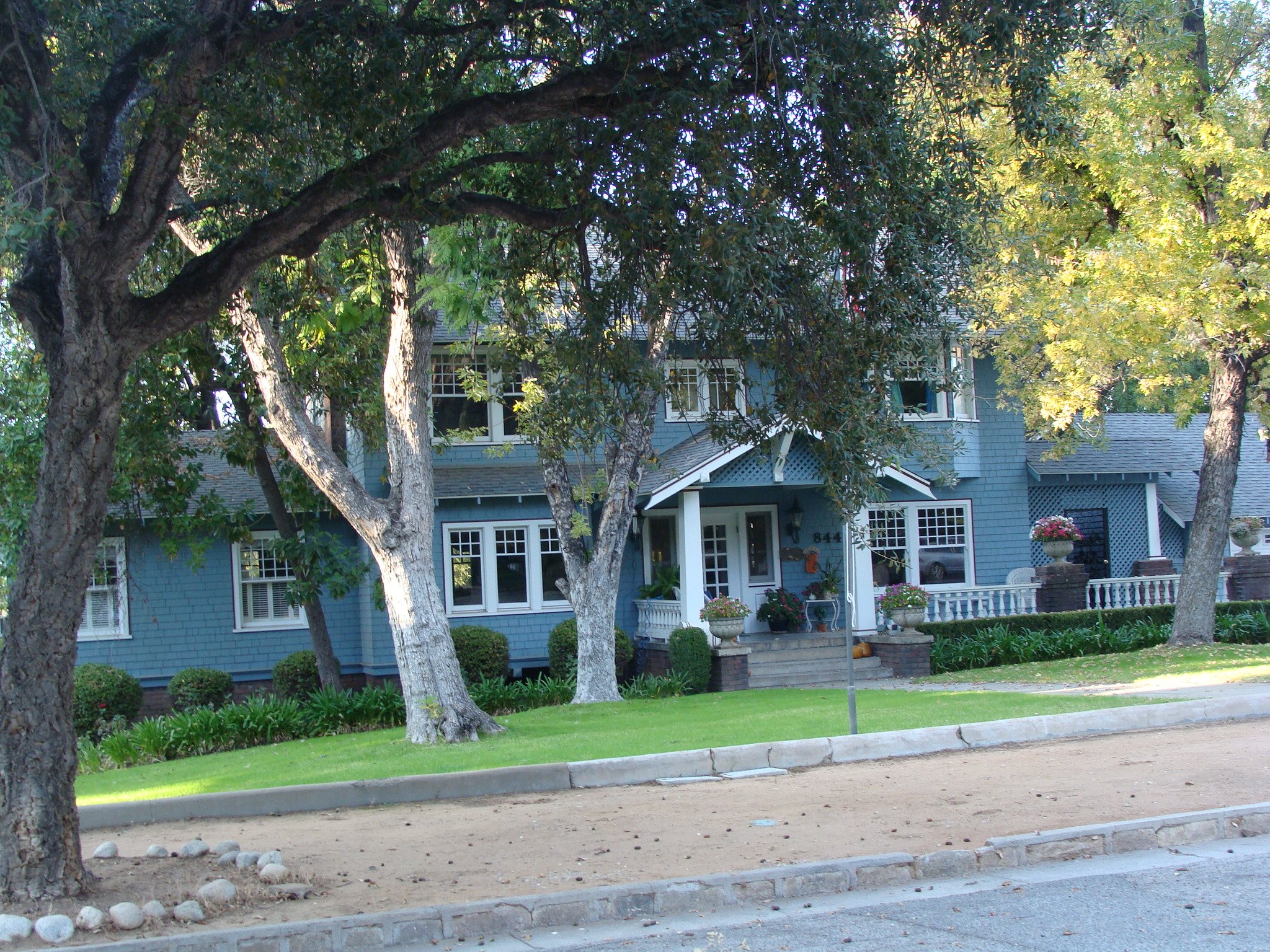 On July 14, 1909, a building permit was taken out for the construction of a two-story, eight room house, to cost $3,980.00. The architect was Fred Harris, the builder, Fred Durkam. In 1910 the building was completed with the addition of a garage, built by Davis Donald for $250.00. The owners, who were to live there for approximately two years, were Mr. and Mrs. C. Allen.

Built on a brick foundation, the two-story house was a basic box, with painted wood shingles, a Craftsman style with Colonial influences. The lattice-enclosed breezeway, connecting the garage and house, was originally one of two lattice-covered porte cocheres. The medium gabled roof has exposed, projecting rafters and support brackets. A single main entrance pediment with lattice work in the gable, has brick pillars and, at their base, concrete urns. The main door is wood with fifteen glass panels and two side glass panels. This use of panels is repeated in window treatments on both the first and second floors. Of special note are the bay window located on the second floor, centered above the first floor windows, and the leaded glass window on the east side of the first floor.

There have been six owners, including Mr. and Mrs. Laurence L. Moore, who lived there for about twenty years, beginning in 1912. Active in the citrus industry, Mr. Moore was president of Elephant Orchards. In 1924 he, and his brother Frank W. Moore, founded Sunset Tile. Active in community affairs, Mr. Moore served on the boards of both the American Red Cross and the Redlands Community Hospital.

Despite its several ownerships the house retains its historical integrity as all the additions and changes have been sympathetic with the original style. Even the solar panels, installed in 1981 to heat the swimming pool, were tastefully placed. The landscaping is an outstanding feature. The gardens were on the 1983 Redlands Horticultural Society garden tour, and, in December, 1984, the house was featured on the YWCA Christmas tour. The home is now owned by Mr. and Mrs. Michael Riley, who continue to improve and maintain this lovely place.

The Redlands Area Historical society is proud to honor this unique example of Redlands’ heritage and to commend the stewardship of its present owners.