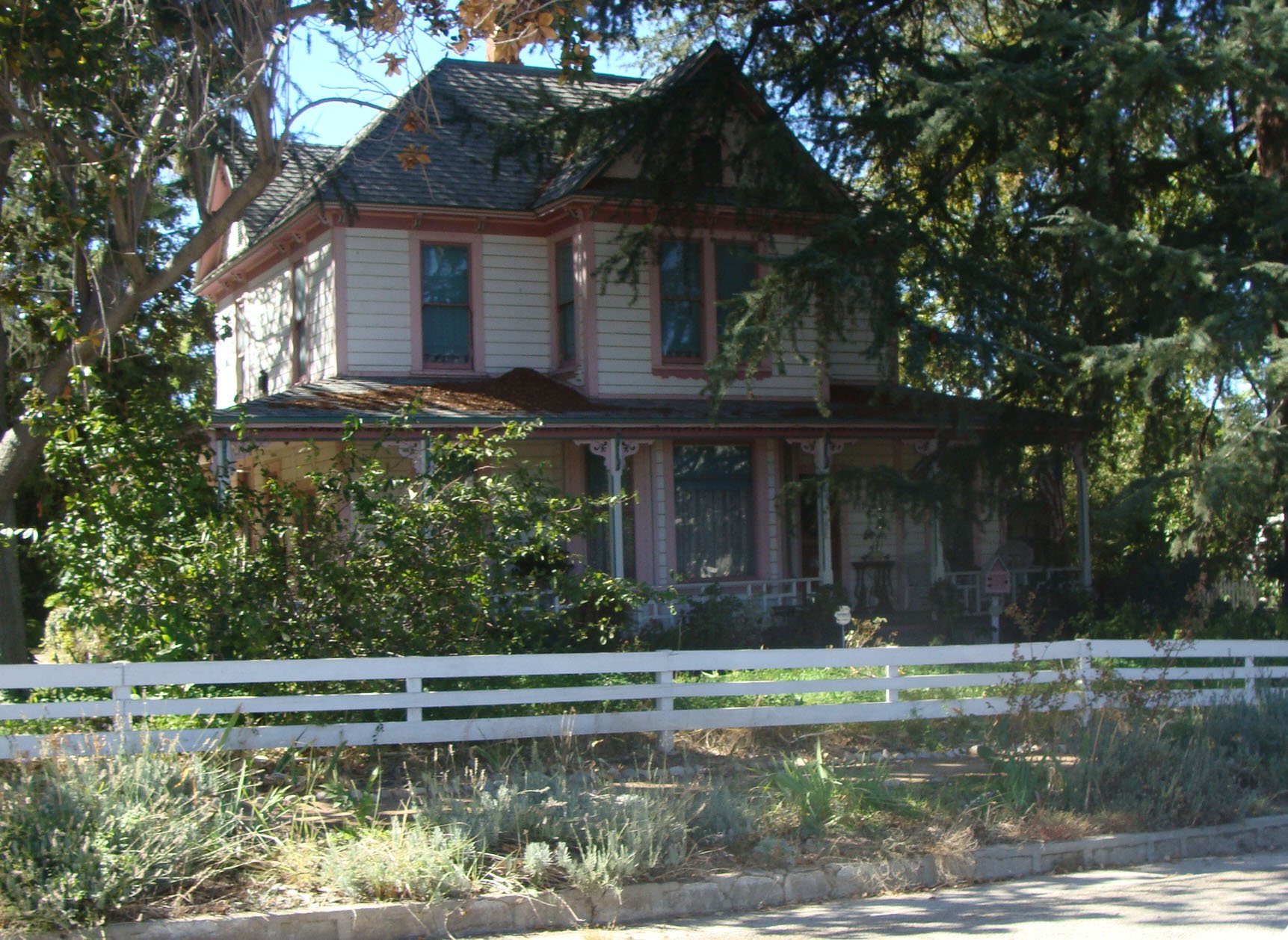 The Citrograph on March 4, 1893 states “Charles Spates has framework up for a fine two story house on Chestnut Ave. which he will occupy with his family when completed.” In the 1896 Redlands directory it lists Charles Spates as a farmer. The May 13,1899 Citrograph lists his death notice: “Charles Spates died May 10, 1899, native of Kentucky, age 73.” The directories continued to list Charles F., Mrs. Elizabeth and Miss Emma Spates. [assuming this was his son]. The 1900 directory lists occupation “The Top” a notions store, 1909 Foster and Spates-attorney and notary. Foster was an attorney, Spates must have been the notary.

In 1913 Proprietor of the Central Ave. Bargain Store. In 1915 Emma becomes a clerk at the Bargain Store. May 1915 Daily Facts lists her death as May 5,1915. She was a native of Illinois, died at age 80 and the services were held in her home on Alvarado. In 1917 Charles has a wife, Marion H. and their address is now the Bargain Store 21 1/2 Central.

Arthur Earl Isham, and his wife Alma Dorothea moved into the house in 1919. Mr. Isham was an outstanding leader in the community. He was born in Anamosa, Iowa July 26,1890, the son of a pioneer family. Orphaned at and early age, he started to work in a newspaper office at 10 folding a delivering papers. He finished high school by working in a restaurant. In 1898 he join the infantry and participated in the Spanish American War. He re-enlisted as a corporal and spent two years in the Philippines. He Graduated from college in “1903 and Divinity school in 1907. Mr. Isham became a circuit rider in western Iowa and pastor to two churches. He married Alma Huper in 1908. She was a nurse and a native of Germany. They came to Redlands with their son Carl in 1912. He was pastor of the English Lutheran church. In 1917 he was called to the Chamber of Commerce as secretary. He held that position for fifteen years and eight months. In 1933 he was appointed to the position of county assessor by 1936 he was Field Manager for the Mutual Orange Distributors and in 1947 Public Relations Director for M.O.D. Three children were born in Redlands Paul, Earl and Mary Jane. His long list of organizations and accomplishments can be found in the Golden Jubilee Book. Mr. Isham passed away Oct. 30,1951 of heart disease. Alma was listed until 1967. In 1968 an Edward F. Barrows was listed until 1972 then a Thomas C. Roper until about 1991.

Christopher Dean, his wife Joyce and son David acquired the home in 1991 after a fire burnt the west portion of the house.