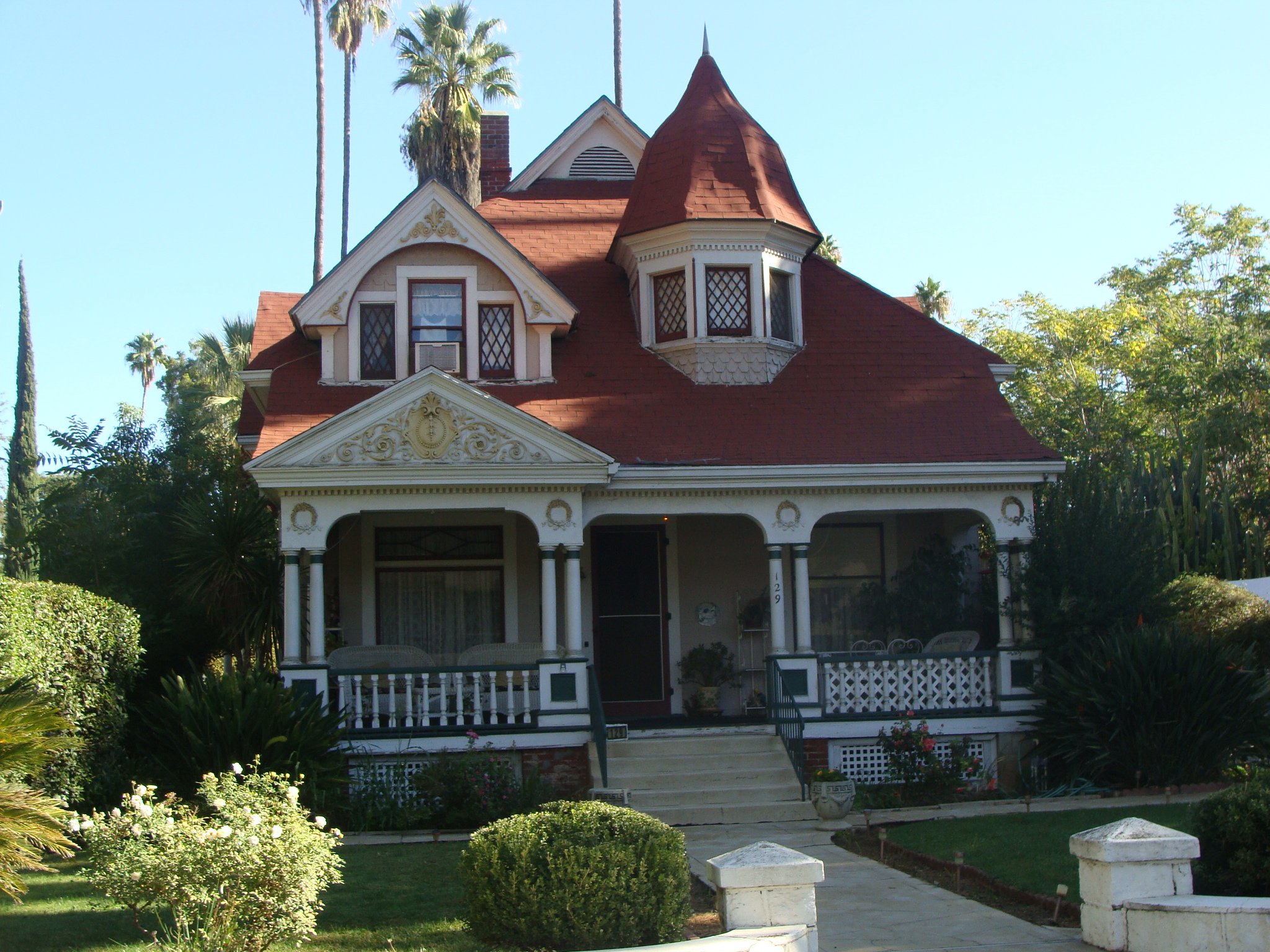 This quaint cottage occupies a favored position behind the south end of the Red­lands Bowl. The “Victorian” architecture gives this home a pronounced charm which people appreciate upon viewing.

Dennis E. Ferguson was a contractor in business with his brother and was quite active as a builder in Redlands in the mid-1890’s. The Fergusons would construct a home and shortly after its completion move into the residence until a likely buyer was available.

The Ferguson house was constructed in 1899 at a cost of $3,000. It was described in the weekly Citrograph as being a Redlands home in which the “thrifty American surrounds himself and his family with beautiful architecture, trees and flowers which are a delight to the eye and the rest of the soul.”
For a period of time the residence was owned by Mrs. La Bonte who conducted a kindergarten in the home. Advertisements in Redlands newspapers in 1903 observed the “Mrs. La Bonte runs a tight ship on ages three to six in her Grant Street home. ”

Structurally the home appears to have no exterior changes, but possibly the interior has been remodeled over the years. The home has spacious rooms, but its natural colored woodwork has been painted over. The exterior still has the tower and gables characteristic of the period in which it was built. An unusual touch is the brick foundation. The home is presently occupied by Mr. M. E. Ilves.