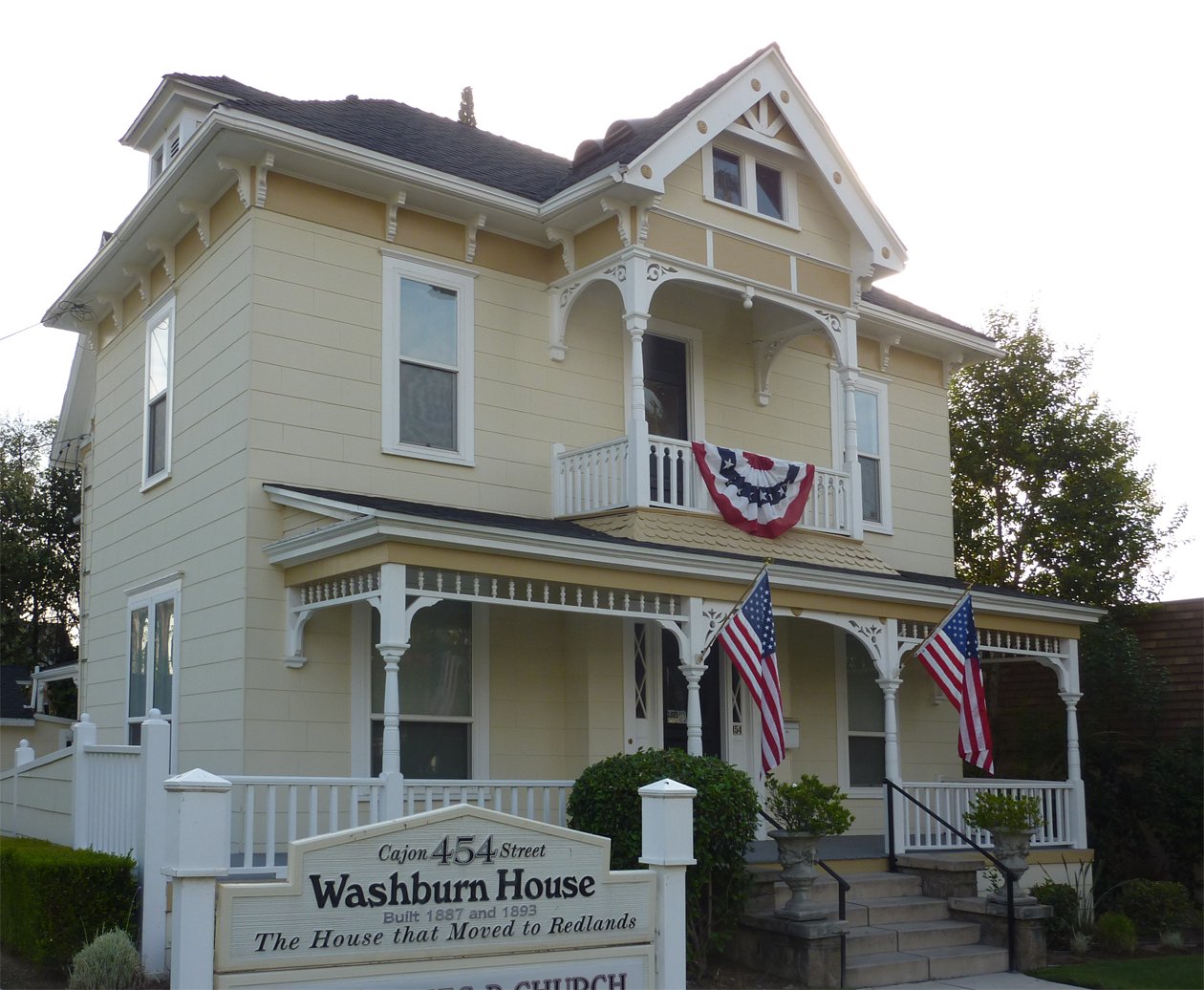 The Dr. Sherman H. Washburn house, 454 Cajon, was constructed in 1881 and 1893. It is actually two houses put together. The back portion of the house is the original home, consisting of about three rooms on the first floor and three rooms and a bath on the second floor. It cost approximately $600.00 to build. Dr. Washburn, needing more room, transported a second house some forty miles from Elsinore and placed it in front of the original building. This added two more rooms to the second floor and two to the first, plus a staircase. 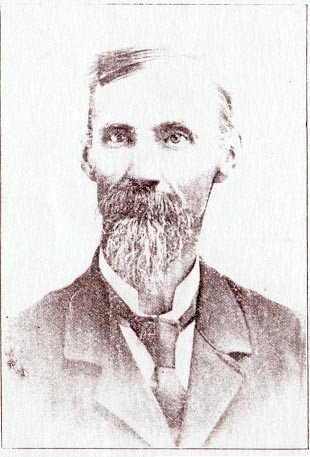 Dr. Washburn was born in Rochester, Vermont, and received his medical degree at Chicago Medical College. While residing in Iowa he was Pension Commissioner under Presidents Arthur and Cleveland. He moved to California in 1887 and lived six years in Elsinore before moving to Redlands. Here he practiced medicine, using the back room, now a kitchen area, as an operating room. An upstairs room was also used for the patients’ recovery. This was then a common practice because hospital space was scarce. Before Dr. Washburn died he was chosen as Redlands representative to the County Board of Health and Trustee of the Redlands School District. His wife, Harriet Washburn, was a graduate of The Julliard School of Music. She contributed much to the culture of Redlands. After the death of her husband in 1898, she supported herself by teaching piano.

Between 1911 and 1947 the house was occupied by several families. One of the best known was Benjamin S. Stephenson and his second wife Elleonore, who lived in the house from 1919 to approximately 1930. A native of England, Stephenson came to Redlands in 1885, opening the first jewelry store in 1886 on 5th Street between State and Citrus. In 1887 he married Selma White in the first marriage held in Redlands. Also that year he became the first treasurer of Trinity Episcopal Church. Other long-time residents from 1947 to 1974 were members of the Thomas Elliott and Harold Silky families.

Called “The House that moved to Redlands,” it is a two-story Victorian with a truncated, medium hip roof. The construction is of redwood and Douglas fir. In the process of restoration asbestos shingles were removed, revealing fish-scale shingles in the gables and under the second story sleeping porch. Above the sleeping porch is mill work and the balustrade is in a keyhole pattern. The same mill work extends across the open veranda porch above the steps, with spool and spindle across the top of each side. The balustrade of the veranda is plain stick work. The step piers are cutstone.
In August 1975 Linden and Jeanne Tomlinson took possession of the property and began the arduous task of restoring the home, which had undergone many alterations since 1893. After eleven years the structure was restored, as much as possible, to its original state. The home has been enhanced by the beautiful landscaping. In October 1986 the property was placed on the Redlands Historic Register of Historic and Scenic Properties.
The Tomlinsons are to be commended for their excellent stewardship of this heritage property.