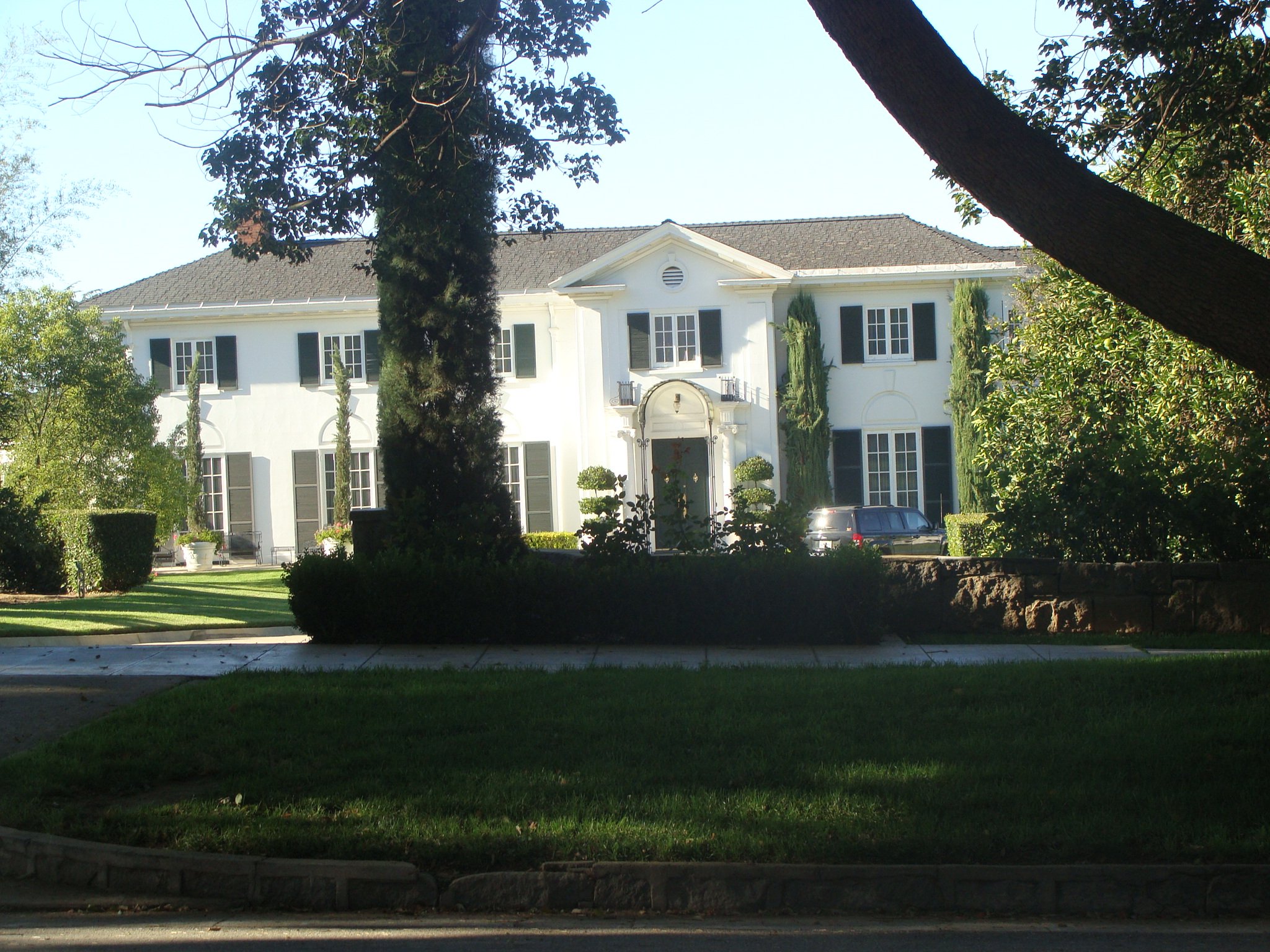 The Georgian villa at 1210 West Highland Avenue was built in 1910 for the Dwight C. Lefferts’ family. The architect, from Los Angeles, was R. D. Farquhar. The home was constructed for $18,000. It is a white, two-storied home with black window shutters and a decorative molded arch trim with a centered keystone on the first floor. The front entry is centered and set out from the rest of the house. The double wood doors have a molded archway with two decorated round pillars guarding the front door. Wrought iron lamps sit on platforms and wrought iron molds the gateway to the door.

The home is set back from the street with a cut stone wall surrounding the frontage. The long drive ends in a parking courtyard. Orange trees border the main drive and a massive oak dominates the right side of the parking area.

Mr. Lefferts, a native of New York, visited his mother in Redlands in 1900. Enchanted, he sold his business in the East and returned here to stay. In 1904 he married Muriel Williams, daughter of Silas Williams, who had come here in 1888. In 1909 Mr. Lefferts accepted management of the Redlands Orange Growers Association, whose Rose Brand label is the oldest in existence.

Mr. and Mrs. Wallace Sutter followed the Lefferts as owners of the property. Mrs. Sutter was related to Mrs. Mary Shirk. They were followed by Dr. and Mrs. Louis Wilhelm. In 1970 Dr. and Mrs. James Slater bought the property and have made it their home.