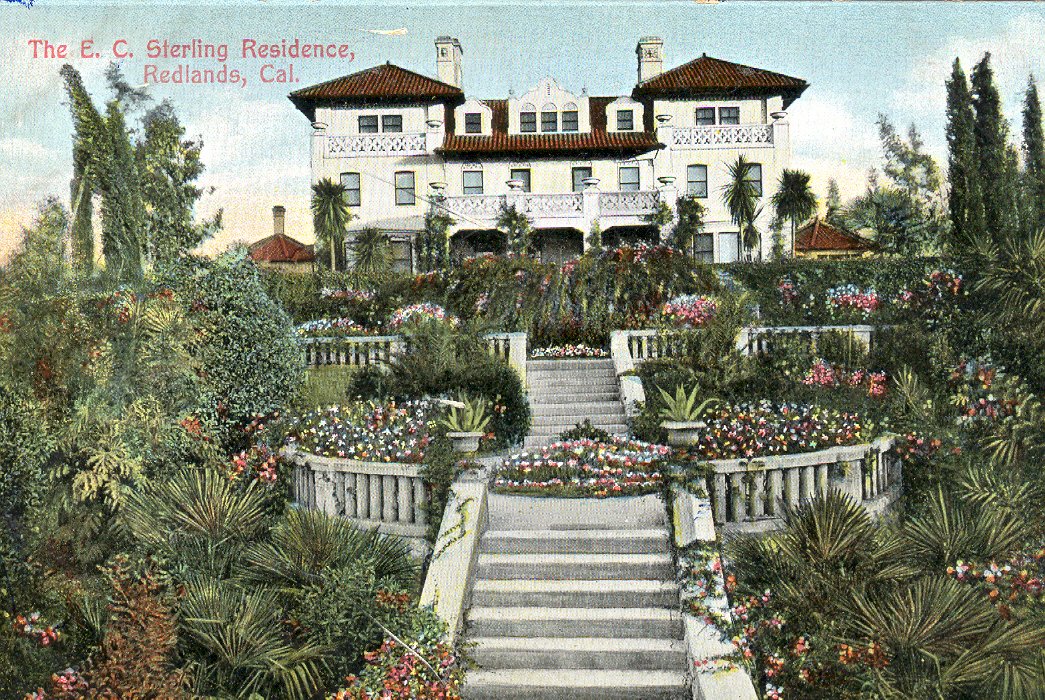 Scenic America magazine in 1912 called this home “The most beautiful residence in all Southern California”.

“La Casada,” the home of Edward Canfield Sterling, was built in 1897 by D.M. Donald. Edward Sterling was s successful financier and was well known as the inventor of the hydraulic process for pressing bricks. His 8,000 square foot, twenty-two room mansion, Italian/Mission Revival architecture in style, is a copy of a mansion Sterling saw in Italy. The house looks the same from the back to front and side to side with the exception of a railing around the front porch.

Set out in 1900, the formal Italian gardens with seven terraces flow down the hillside to Crescent Avenue. The private entrance is marked by two large cut-stone pillars.

Sterling died at La Casada on February 1911 at the age of seventy-seven, and his daughter, Ruth Frost, assumed ownership in 1916 after the death of her mother. In the early 1940’s it was used as a boarding school and at that time a small kitchen was put on the third floor.

The current owners, Paul and Bess Hairgrove, purchased the property in 1977 from the estate of Lazard Lippman, who had owned it for more than twenty years. They have updated the plumbing and electrical, modernized the kitchen, repaired the roof, and refurbished a number of rooms. Some of the original twenty-seven and one-half acres have been subdivided, and the plan is to have five acres remain with the house and continue the refurbishing.