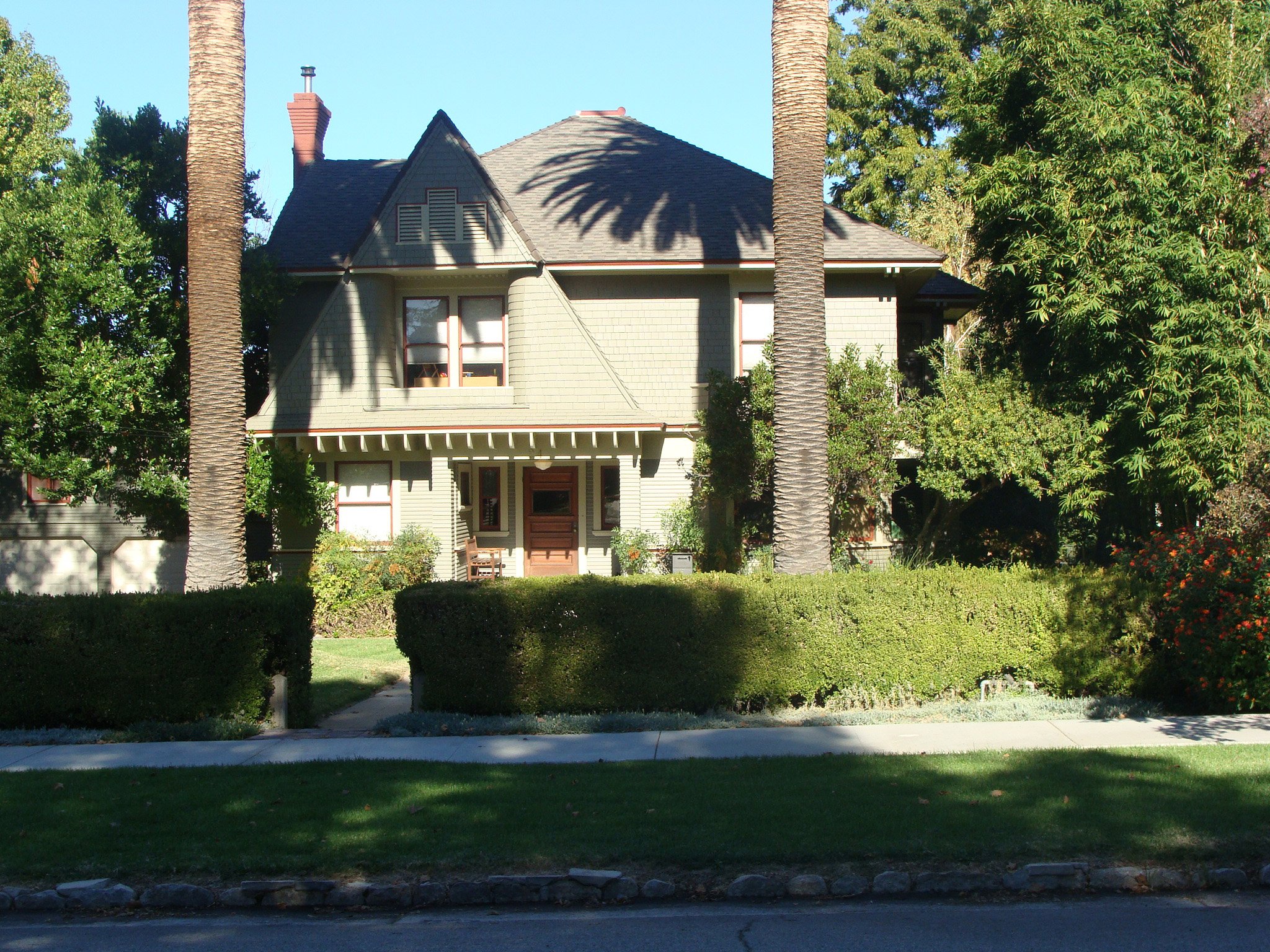 The Edward P. Tuck home at 24 West Palm Avenue is a Shingle-style home designed by architect F. T. Harris. The original design called for an 8-room, 2500-square foot structure, however, at the insistence of the owner, Mr. Tuck, two rooms were converted into a larger billiard room for his enjoyment. The home was bui1t in 1901 at a cost of $4500, according to the Redlands Daily Facts. 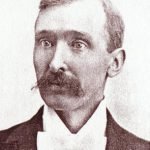 In 1887 Edward Tuck headed west from Illinois and was attracted to Redlands, because of an acquaintance with another Illinois man, James S. Edwards. After working for others for about seven years, he became the proprietor of the Boston Shoe Store on State Street, one door east of the Union Bank, purchasing the store from the founders, Dr. C. A Sanborn and Hon. A. Mudge in 1894. Mr. Tuck is known to have enjoyed the patronage of a qood share of the valley, delivering shoes over the back road to Moreno Valley via horse and buggy.

Edward Tuck married Annamara Newman, a school teacher, in Port Townsend, Washington in 1891 and brought her to live in Redlands, residing in a home on Fourth Street. They moved to the Palm Avenue address in 1901. Mr. Tuck remained in the home until his death in 1946.

The south-facing home, located on a street having many elegant early homes, sits about 50 feet back from the street on a double lot with the west lot still containing the many citrus trees maintained through the years. Two majestic palms enhance the front yard, planted soon after the home was built. A neatly trimmed hedge surrounds the yard and walk leading to the five steps up to the recessed porch beneath a strikingly steep gable, filling the left front half of the home. It intersects the second-story roof line and extends to the first-floor ceiling elevation. The cross-gabled, medium-hipped roof, once wood shingled, now has warm brown asphalt shingles, crowned with a short oriental crest on its peak line.

The upper story is covered with wood shingles with an unusual recessed second floor bay in the front-facing gable, having rounded shingle corners sweeping back into the simple, plain molded windows. The lower outside walls are narrow redwood clapboard siding, extending to a skirt down to within a foot of the ground, covering the rock and mortar foundation. The right front of the house features a bay railing around the upper floor flush window. extending down the first floor to form a protruding bay window.

The Tucks only daughter, Joy, was deeded the property in 1927. She and her three children, Paul, Ethel and Bob retained the property until three years ago. An interesting note is that Herbert L. Bell, the husband of Joy Tuck Bell, owned and operated the Bel1-Grassle Hardware Store on State Street next door to E. P. Tuck’s shoe store.

Christiana and Richard Christopherson purchased the property and began immediately to bring the home back from its state of disrepair. Christiana teaches at Kingsbury and Richard is a professor at Pacific Azusa University. The original one-car garage was replaced with a two-car, 1 1/2-story garage, matching the color theme of the home.

The total effect is most pleasing and represents a conscientious and thoughtful restoration and preservation of one of Redlands’ historic resources. We commend the Christophersons for their stewardship of this property.

Research by Gretchen and Howard Lohnes