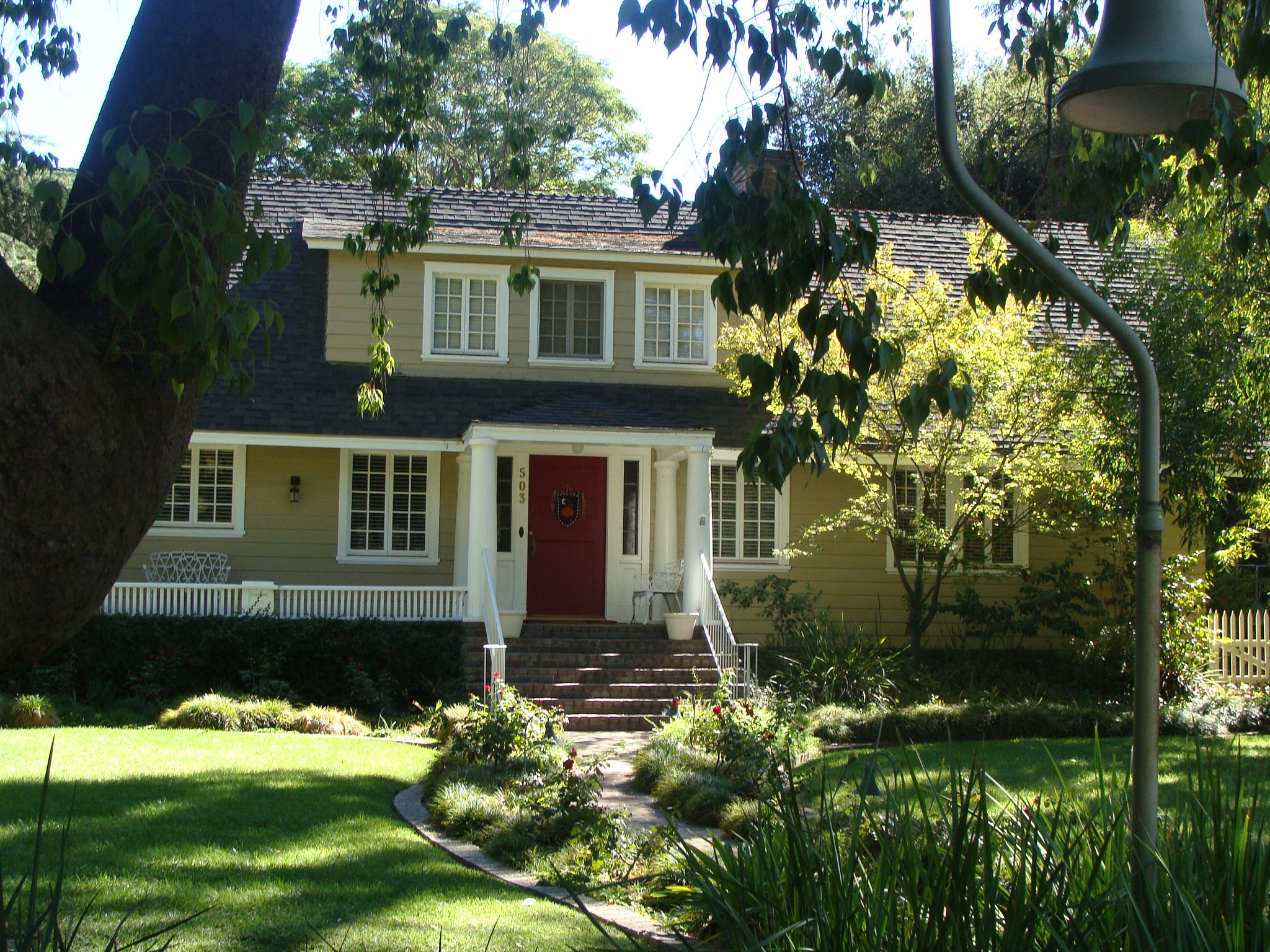 Mrs. Lloyd L. Seaman chose the corner of Highland Avenue and California Street (now Ramona) for her home in 1908. She hired F. Garvin Hodson, architect, to plan a $10,000 ten room residence. The 1 1/2 story, L-shaped house was built by J.E. Fairchild and represented an eclectic interpretation of several popular styles of the era; the house had the form of a shingle style house with the classical columns and balustrade of the colonial revival style. After Mrs. Seaman left Redlands in 1911 the house was purchased by Robert N. Woodworth who made a large addition to the house. Again, the architect was Hodson, but this time the builder was Davis Donald.

Mrs. Baynard S. Cairns, a widow, and her daughter, Francis Willis became residents of the home in 1913. Frances Willis distinguished herself and her hometown by becoming the first woman in the foreign service to achieve the rank of ambassador. Her first assignment in Chile led to future foreign service work in Spain, Switzerland, United Kingdom, Ceylon, Norway and several other countries. She was held in high esteem by her colleagues in the foreign service and the numerous Secretaries of State under whom she served. After retiring in 1964, she was called into service again to aid in trade relation talks during the 20th session of the United Nations. Frank E. Moore, editor of the Facts believed Dr. Willis was “as a professional woman, the greatest achiever in Redlands history.” This extraordinary woman died on July 20, 1983 in her home.

Today the house looks much as it did in 1913. A one and half story U-shaped structure with a gable roof that faces east and west. There is shed dormer with three windows that faces to the front, and a two window shed dormer that faces south. The front entry is centered and covered by a hip roofed portico supported by two large Tuscan columns. A floor level, uncovered brick patio with low wooden balustrade adjoins the entry to the west. The house is covered with wide shiplap siding and rests on brick and concrete foundations.

In 1983, Dr. and Mrs. Jon Tveten purchased the house and set about refurbishing the house and the yard. They have remodeled the kitchen and baths, added a family room in the space that used to be maid’s quarters and shined and polished the rest of the interior. Outside, they removed the bamboo hedge that obstructed the view of the house from the street and landscaped the yard.

We commend the Tvetens for carrying on Dr. Willis’ legacy of doing things well.