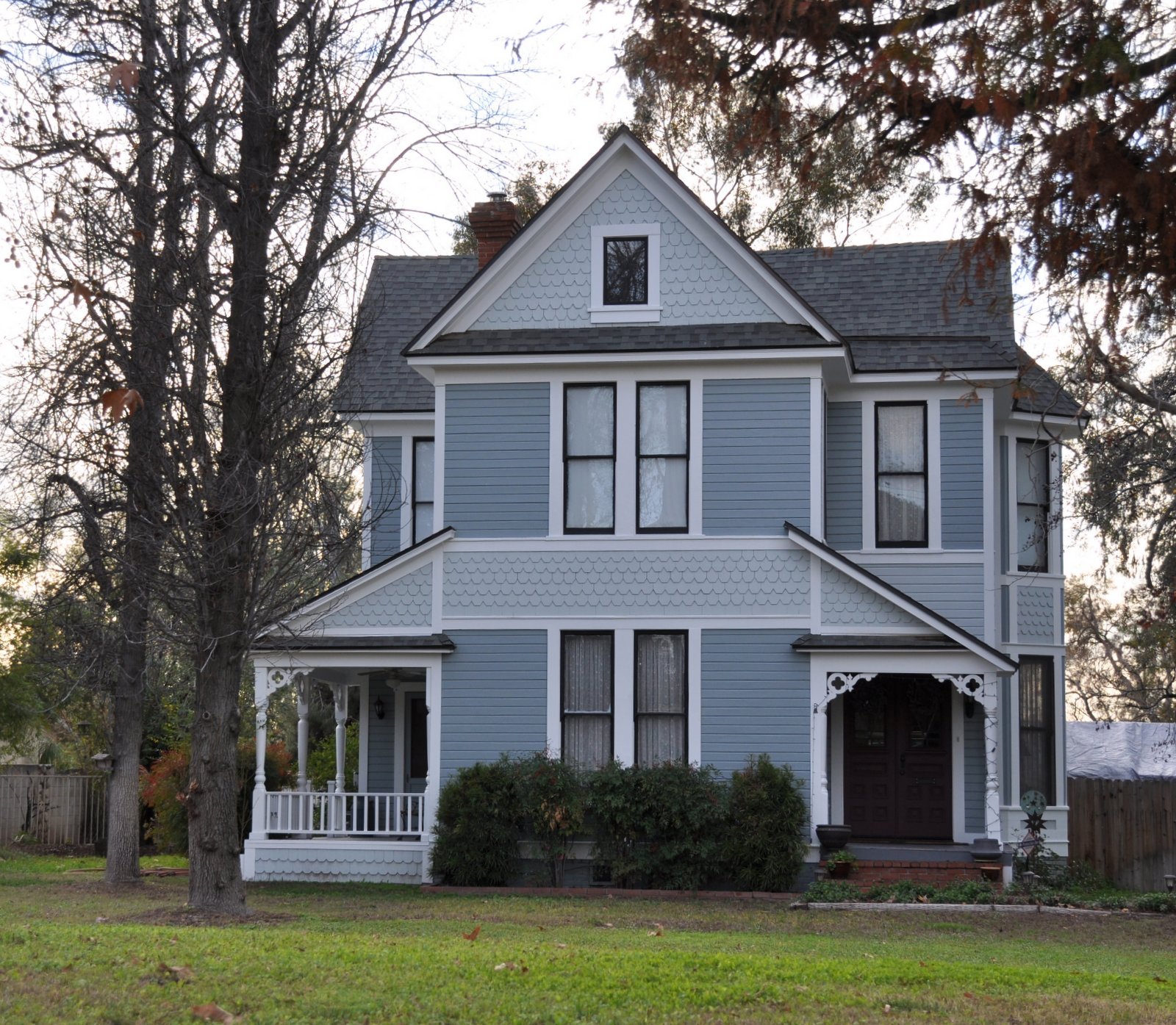 Frank Albert Charles Mitchell, age 35, arrived in Redlands in August 1890. He was so excited about beautiful Redlands that he quickly wired home to the anxiously awaiting members of the family in Zanesville, Ohio, “Glory, Glory, Home at Last”. That same quote is inscribed into the base of a flagpole in the front yard of the Mitchell home being restored by Mr. and Mrs. Jerry Pyle.

The Citrograph reported on March 7, 1891, that Frank Mitchell “had purchased eight acres in the Chicago Colony tract paying therefore $3,000. He will have a residence built on the property and other extensive improvements.”

The Mitchells lived in the home until about 1943, when it was sold to a family name Judy. Their efforts at modernizing included painting over the decorative redwood woodwork and painting and enclosing the antique walnut wardrobes.

In 1948 the house was purchased by the Russell Johnsons. They continued to farm the original eight acres and they tow modernized the house — removing all the outside trim and decorative shingles and covering it with Johns-Mansville asbestos siding; removing the wooden porches and replacing them with concrete ones; covering much of the surrounding landscaping with asphalt and concrete.

From 1971 through 1974 a woman with six children and little means lived in the house. In December 1974 after six months of vacancy, vandalism and neglect, Jerry and Susan Pyle purchased the property and restoration began. The cement porches were replaced with wooden ones; the asbestos siding was removed; the trim and decorative shingles restored. The inside woodwork is back to the original beauty and much of the asphalt and concrete has been removed for landscaping. Many pieces of the original furnishings were located and returned to the home.