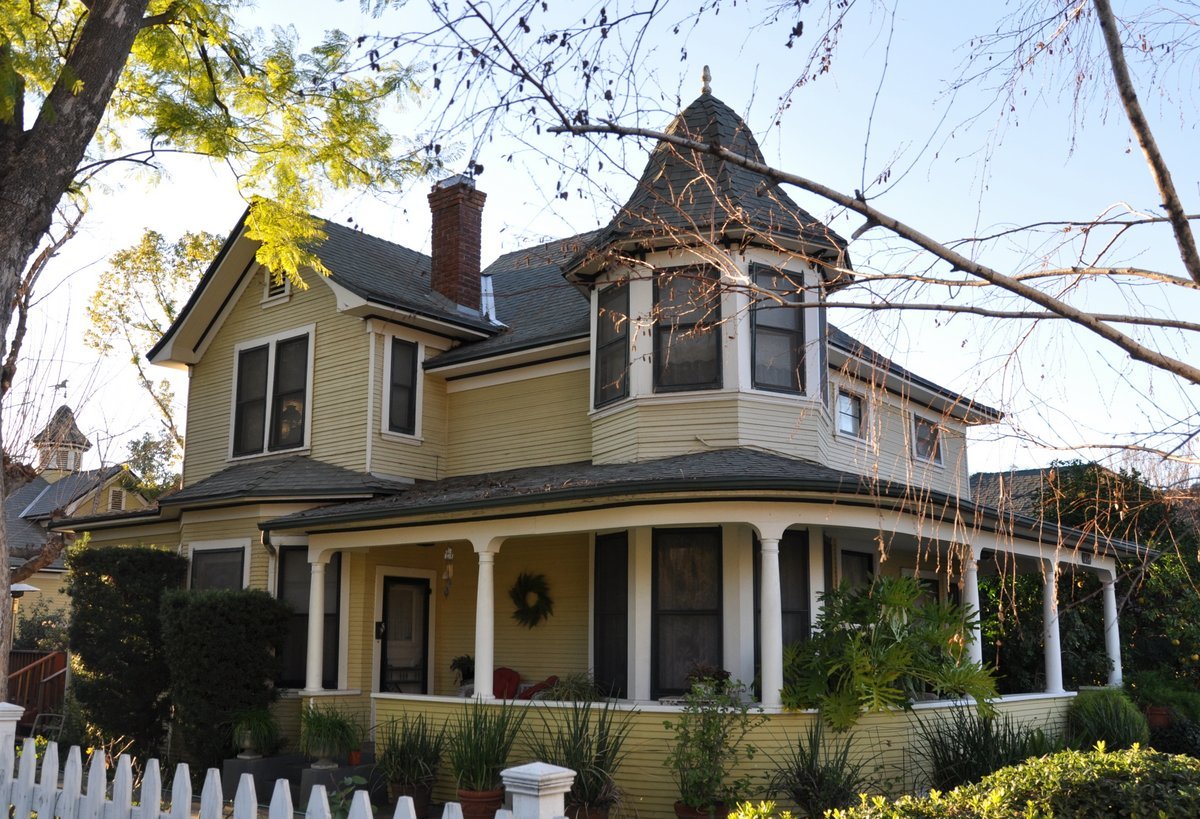 Although city records reveal that a water connection was made at lot 19 block A of the Vermont Tract on May 10,1902, it was not until over a year later on July 3rd that a building permit was issued for a wood dwelling at the corner of Clark and Owen Streets (currently Clark and Grant Streets).

At the time of construction, the home, two stories with seven rooms, was located outside the fire limits, but it was up-to-date in other ways, boasting both inside plumbing and electrical wiring.
Built for harness-maker Frank B. Huffman and his wife Marie, the house features a striking six-sided tower. Other interesting architectural features include a bay window on the north side and a solid front on the porch which engulfs two sides of the house. The 32 x 48 foot home was designed by T.A. Minor and built by contractors Lynn and Lewis at a cost of $3,000. Throughout the interior, the builders made exten¬sive use of redwood.

Currently owned by Littleton and Jane Gunn, the home has undergone extensive restoration under their guidance. During the past year they have relandscaped the yard which lies behind a white picket fence, have restored the exterior, and are completing restoration of the interior.