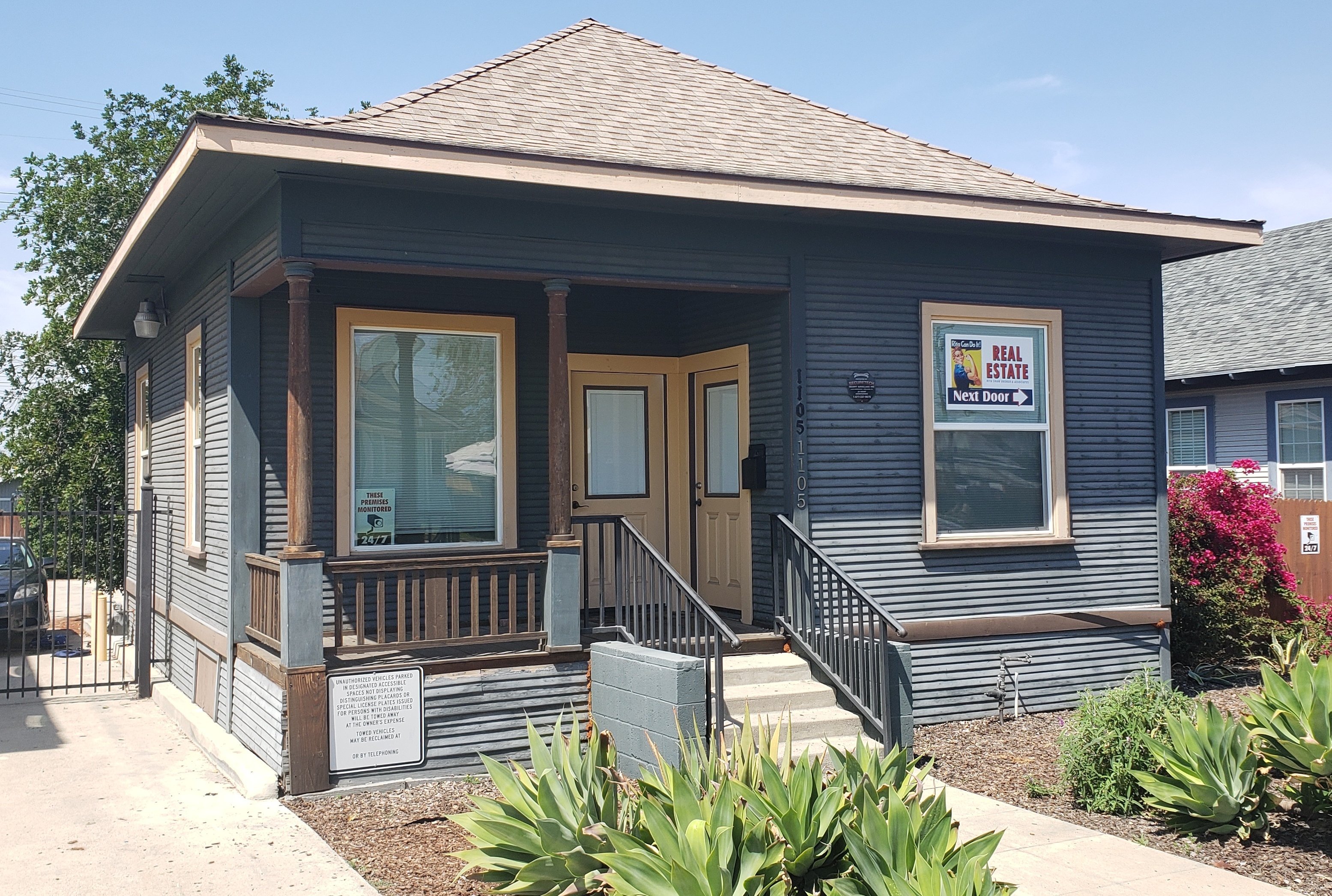 The building at 1105 North Orange Street is located on Lot 2 of the Brocks Subdivision which was recorded on February 4, 1901. The water connection to the home is dated March 22, 1901. Archibald E. Brock was born in 1863 in Greenock, Scotland. Brock emigrated to Toronto, then moved to Cleveland, then Omaha before coming to Riverside in 1888. He settled in Redlands in 1890. Brock started out in the plumbing business, but was briefly involved in the newspaper business as half owner and business manager of the Weekly Review with Lyman M. King. He later became involved in real estate. Brock subdivided many areas of the city and had an office a 305 ½ North Orange Street. He was a school trustee and in 1898 elected from Lugonia to the City Council as a dry candidate. Brock also served as city treasurer, mayor, and a state assemblyman.

The small home was built and owned by David W. Sargent. Mr. Sargent built and owned several residences in the area. Like many in this part of the city, the house has seen numerous occupants over the years. Walter B. Woodworth and his wife Clara are listed as the first residents in the 1902 city directory. Mr. Woodworth was also a plumber who worked for the Kline & Underwood Plumbing Company, and later at J.F. Dostal Plumbing. In 1905 Frank McNay, an apiarist and orange grower with his wife Minnie resided there. By 1910, C.W. Cazel lived on the property. The Cazels had a furniture shop further to the south on Orange Street. They were followed by Fred Gunn, an automobile mechanic in 1915. In 1919 Charlie E. McGonagle, a violin teacher purchased and lived in the home. H. Lois Hunt was an owner in 1922. She is followed by Addie Bogges, a dress maker from 1923-1931.

In 2013 the property was purchased by Rita Shaw and her husband Marvin Shaw. Mrs. Shaw has her real estate office on the neighboring property to the north at 1107 N. Orange Street. She and Marvin are supporters of the North Orange Street area of the City and are hopeful for its future.

The home has clapboard siding with a slightly bell-cast hipped roof. The half porch is supported by wooden columns and clapboard enclosed railing. The windows are double hung with flat board trim.

The Redlands Area Historical Society is proud to honor this example of Redlands’ architectural heritage and to commend the stewardship of its owners, Rita and Marvin Shaw.