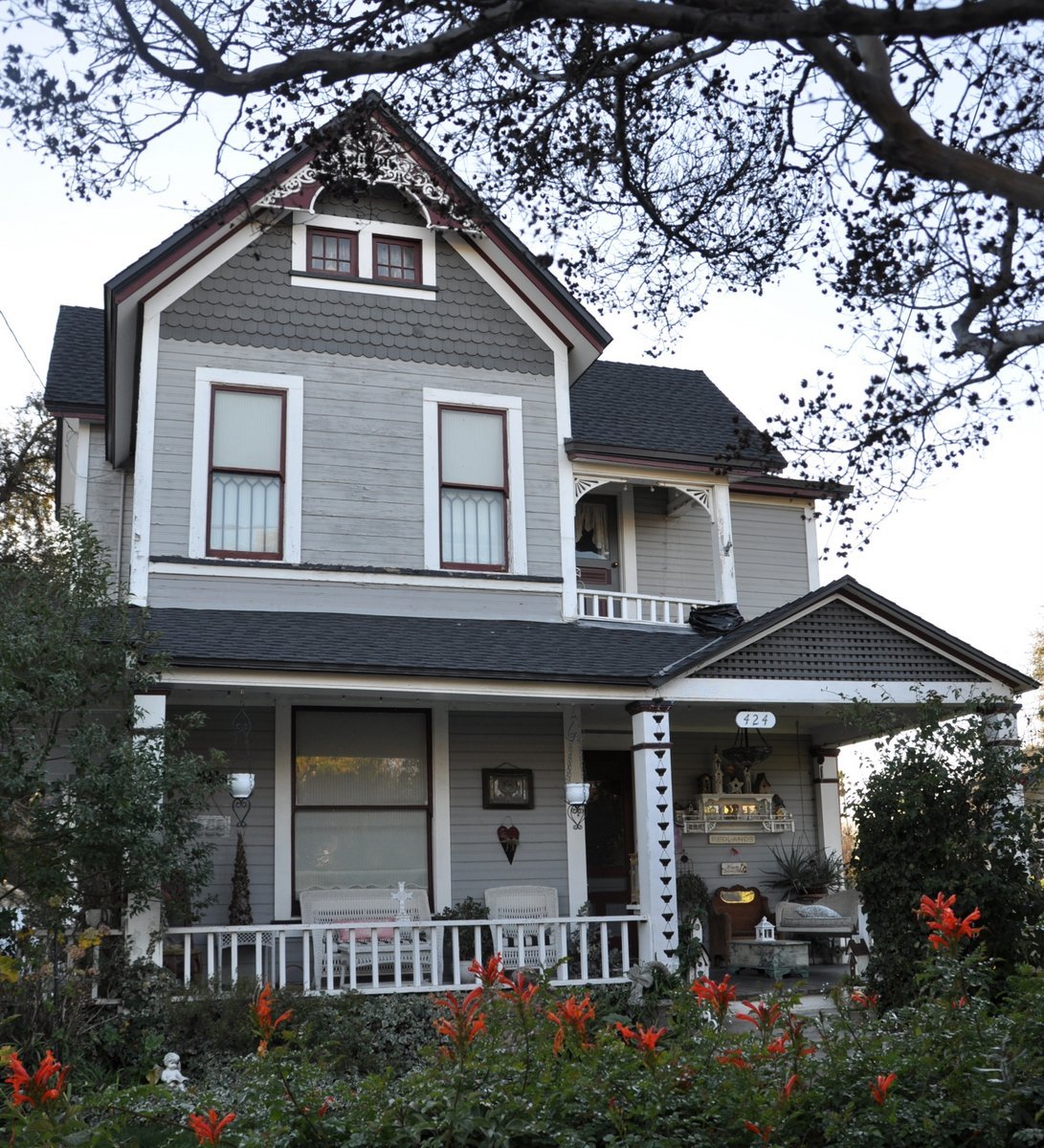 The first record of the property at 424 Eureka Street appears as a water connection made in 1907, however, the first permanent residents of this two and a half story home were James and Anna Phegley. The Phegleys moved into the house in 1912 and lived there for forty years. During that time Mr. and Mrs. Phegley raised three sons: Jerome, William, and James. Mr. Phegley was a salesman for Redlands Hardware and Stove Co. Mrs. Phegley was widowed in 1921, and Jerome looked after his mother and the house until her death in the 1950’s.

The house with its tri-gabled roof line has a pair of windows directly under the peak of the front gable. These window have multiple small lites. The second story facade is punctuated by a pair of double hung windows with single lites and a covered porch. All of the roof surfaces are covered with composition shingles. At the first floor level there is a veranda extending across the front and wrapping around the left side into the ell of the house. The veranda has a pedimented entry with lattice as ornament in its gable. This porch and the one on the second story have stick balustrades and square columns. At the end of the ell on the south side of the house is a square bay with corner brackets. This bay, the pedimented entry, single-lite window, and asymmetrical form of the house suggests Queen Anne styling.

After several owners including Wayne Johnson and John Weir, the house was bought in 1985 by the Sisters of the Consolation Community, 3rd Order of Saint Francis. The house has been painted inside and out, and the dining room converted into a chapel. French doors were added in this room. The yard is carefully maintained and awash with beautiful flowers.

We commend Sisters Angela, Bernadette, Clare, DeAnn, Kathryn, and Mary for their loving restoration of this historic home.