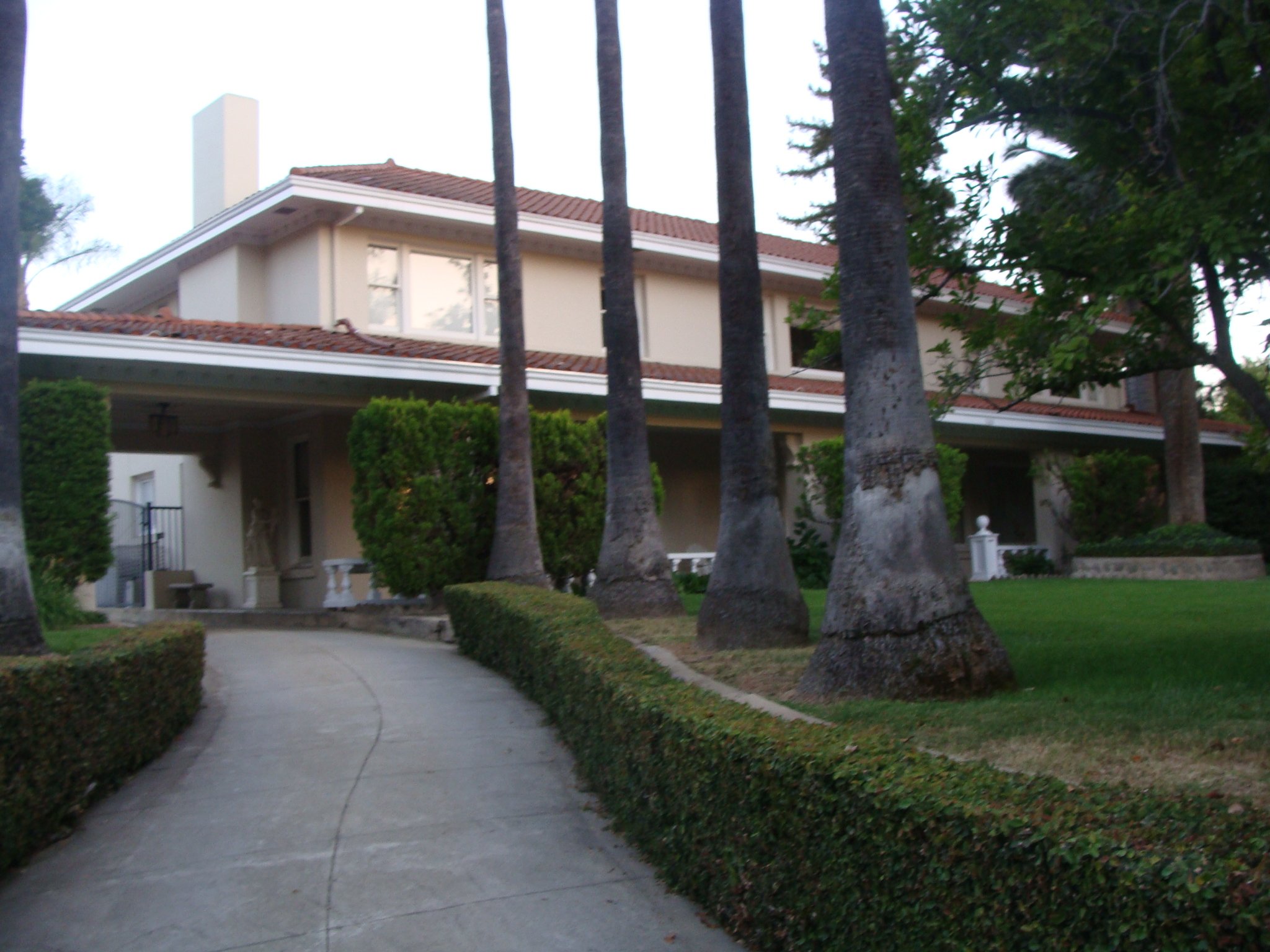 The two story Mediterranean style home at 1165 West Highland Avenue is significant in Redlands history because of two of its owners: John H. Fisher and Capt. Theodore Krumm. In 1913 John Fisher commissioned the Taylor Brothers to build a wood frame house with a plastered brick veneer and was the first of its owners. Built at a cost of about $15,000, the most outstanding features of the house are: the recessed entry with two columns, a long open veranda which extends across the front and both sides, five ionic fluted columns on the west side and a colonnaded porte cochere on the east side. Adding much charm to the house is the rosette ornamentation along the cornices of both stories. A second structure built in the Pueblo Indian style was added in 1913 to accommodate woodworking tools and equestrian equipment.

John Fisher became a permanent resident of Redlands in 1896 at the age of twenty-one, coming with his family because of his mother’s poor health. John became a pioneer in the development of electric power in Southern California, eventually forming Southern California Edison Co. In Redlands he became manager of his father’s street railway system where he replaced mule cars with electric cars. While president of the Chamber of Commerce he realized the importance of the automobile and the need for good roads and traveled extensively to promote their development. He was president of the Pine Knot Co. in Big Bear which owned a hotel and resort. In 1919 he became business manager for Cecil B. DeMille. The following year Mr. DeMille organized the Mercury Aviation Co. and made Fritz the general manager. In 1926 he formed a corporation to advise people in the motion picture industry on investments. His hobbies were woodworking, photography and hunting.

The second significant owner was Capt. Theodore Krumm who bought the home in 1926. A self made man, he worked his way up from cabin boy to owner of interest in fourteen steam and sailing ship lines. He sailed the oceans for forty years, twenty-seven as Captain. He retired to Florida where he owned 3,300 acres of citrus, the largest acreage owned by one man. The town of Villa Rose Park, Florida was developed by Capt. Krumm. After coming to Redlands in 1925 he grew oranges, was active in real estate, owned his own packing house on 6th Street and was on the city council for fourteen years from 1928 to 1942. He and his wife Elsie enjoyed raising flowers and planting trees. She is memorialized by a Rose garden in Sylvan Park.

The present owners are Drs. Anton and Peggy Hasso. They purchased the home in 1975 and have kept in touch with John Fisher’s son, John Clark Fisher.

The Hasso’s are to be commended for their outstanding care and maintenance of this important historical home.