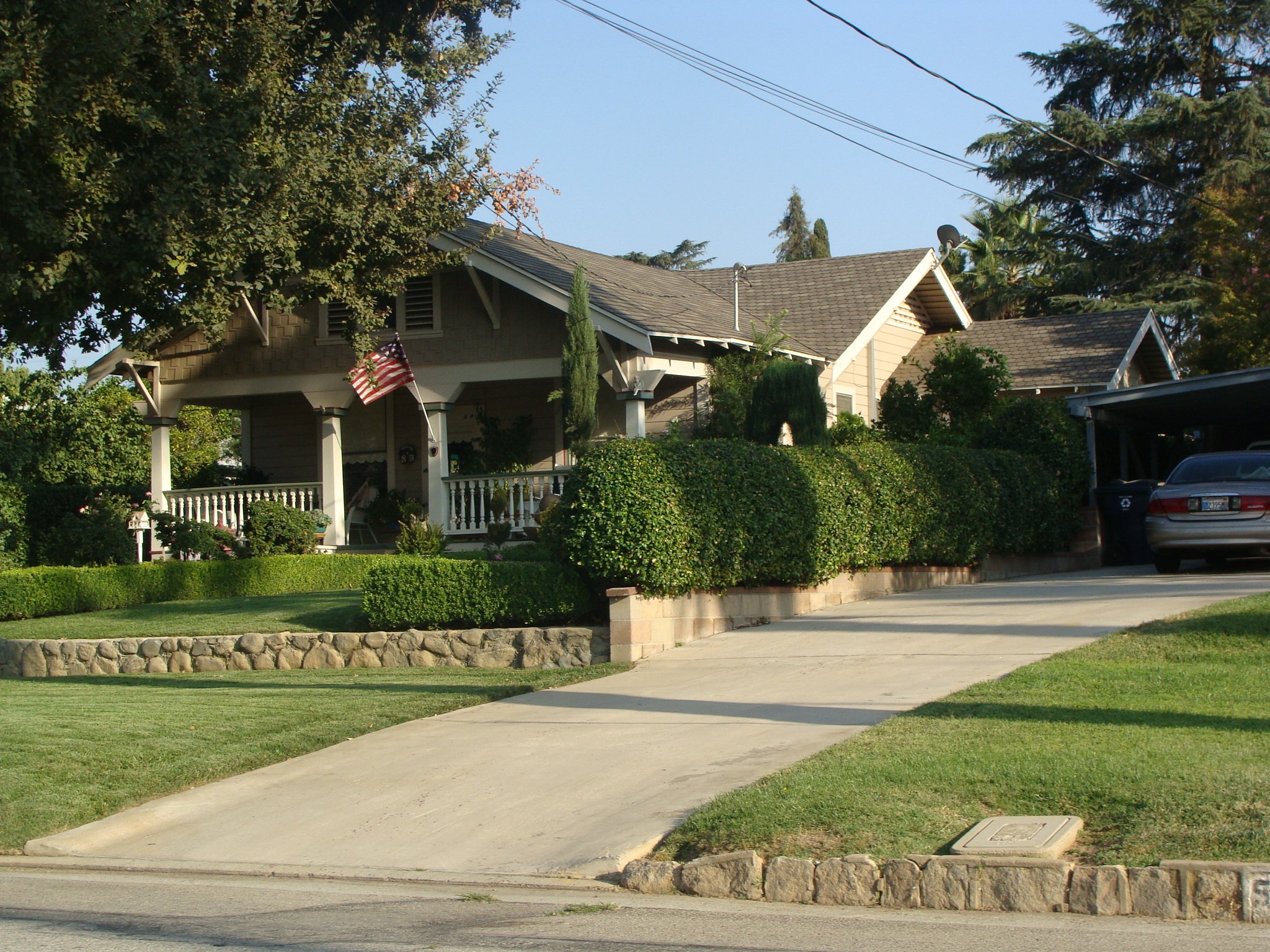 This one and a half story Victorian cottage has a medium gable roof. The upper siding is of alternating wood shingles, the lower siding is shiplap. A building list in the Citrograph newspaper dated July 28,1888 lists a Norman Barker, building a house for $1000.00. Assessment Rolls at Smiley Library list a Norman Barker in 1889 with improvements on this property. Five other families owned the house before 1923: J.S. Black, S.G. Randall, clerk J.W. Edwards, J.O. Riddell,manufacturer of olive oil and orange grower, Manuel Mediros, rancher, and Earl C. Joslen, proprietor Casa Loma Repair Shop.

In 1923 Mrs. Lena Nance purchased the property. She was a widow and a housewife. Lena Nance was born in Madson, Indiana in 1876. She lived in Redlands fifty years and in this house thirty- four years. Her son, Edward, and daughter, Elizabeth, shared the home with her in 1950 both working for the telephone company. Elizabeth stayed with her mother until her mother’s death on Christmas day 1957. Lena was a devout catholic and was a member of the Sacred Heart church. She was also a member of The Royal Neighbors of America. Elizabeth remained in the house until about 1967.

The north facing gable is supported by five large braces. Under the gable is a centered window with horizontal wood vents on either side. The wooded porch has a plain frieze at the top and is supported by four wooden posts. Three wooden steps lead to a centered wooden door. The top contains a large glass pane. Under this pane is a wooden shelf with dentals. The bottom of the door has two inset wooden panels and a brass kick plate. Flanking the door are double hung windows.

Other owners include: Albert Seltzer, security guard Lockheed Propulsion Co. Mentone, Harold Pringle, Kristin Saukel, Jim Spickard, a professor at theUniversity of Redlands, and the present owners Brian and Theresa Campbell. The Campbells moved eight years ago from the Arcadia-Montebello area to Highland. His job with the sheriff s department brought them to this area. Mrs. Campbell fell in love with the house the first time she saw it and in less than one month, they were the proud owners. Her grandmother’s dining room table, which predates the house, fits right into the vintage interior.

The Historical Society is please to give this award to the Campbells and welcomes them to the City of Redlands.