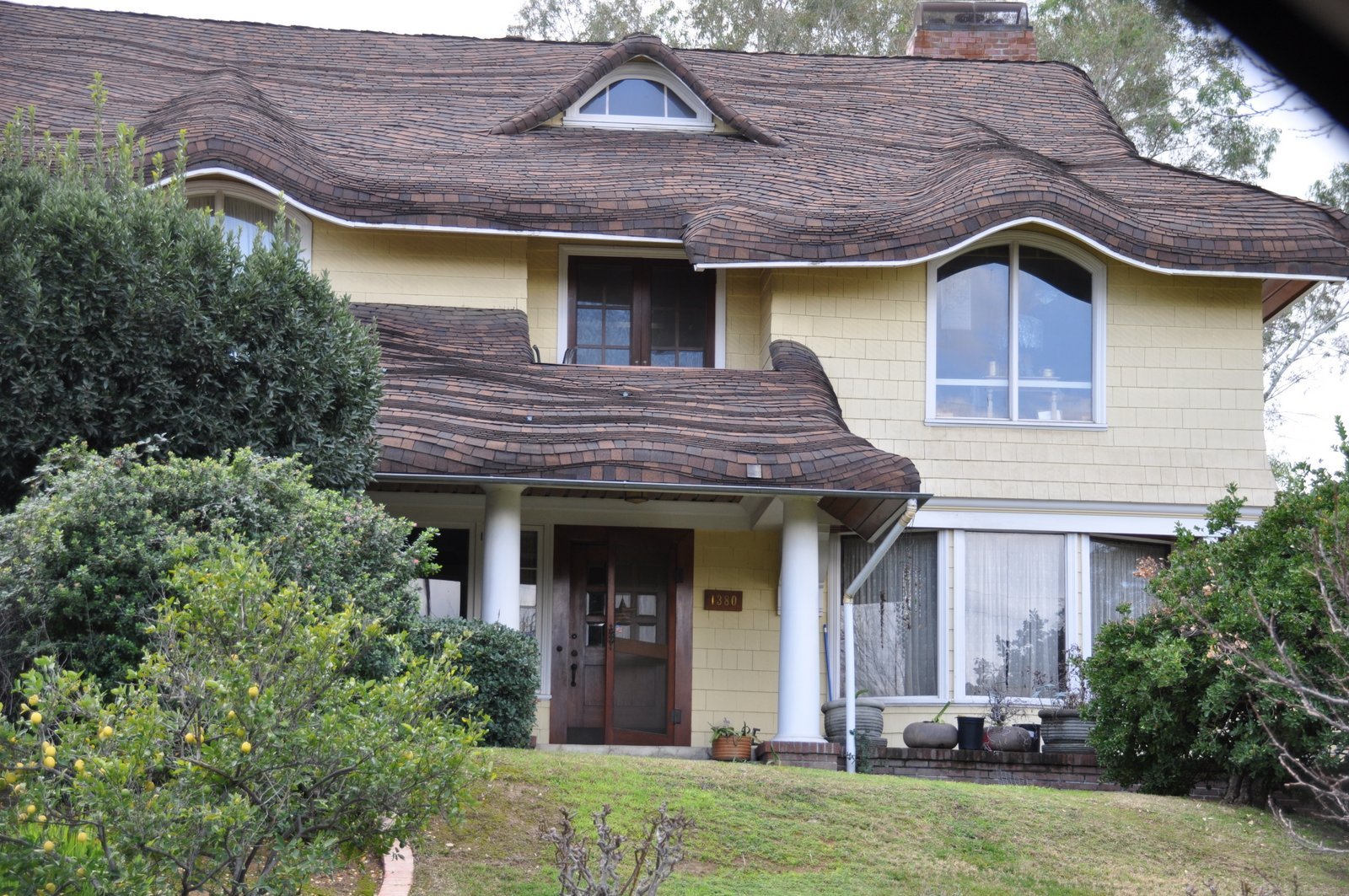 On January 14, 1915 Miss Mary E. Gird took possession of a ten room frame house that she called “Inisfail Cottage”. This unique 2 and 1/2 story home has a false thatched hipped roof covered with composition shingles. The roof line extends into a semi-elliptical swept hood over the two windows in the front upper story. The porch, which extends across the front of the house and wraps around part of the north side and most of the south side, also has an interesting rolled roof line. This porch is supported by five large plain columns. The windows in the house vary on each side. On the northeast corner of the first floor there is a curved fixed bay window accented by a double set of decorative brackets. To the left of the front door is a very large, fixed pane window with sidelights of eight panes. The house is covered with wooden shingles and flares out at the bottom of both the first and second stories. The foundation is cement.

There is a two story carriage house located southwest of the main building. It also has a false thatched roof with a medium gable. The first story has a set of sliding wooden doors with flat board decoration. The carriage house has shingle siding and is flared as is the house. The property is guarded by two huge cedar trees south and southwest of the house. There are many other mature trees and plantings.

“Inisfail Cottage” was built as a boarding house and financed by Miss Gird’s father, a wealthy Los Angeles dairy farmer. Miss Gird lived there until her passing on December 17, 1944. The original lot of 2.81 acres was sub-divided in 1936 leaving 1.69 acres. On June 4, 1948 Maybelle and Chester Gilmore acquired the property through a bank transfer after having cared for Miss Gird in her declining years. Dr. and Mrs. John R. Buekema bought the house in 1958, and began a series of repairs and improvements including a swimming pool and new asphalt shingles. Robert and Connie Anderson, who bought the house in 1972 remodeled the kitchen and two bathrooms. In 1980, Dr. David A. Ellis and his wife Cynthia purchased the home. In 1990 they made a 180 square foot addition to their home.

We commend the Ellis family for their continued loving care of this unique “cottage.”