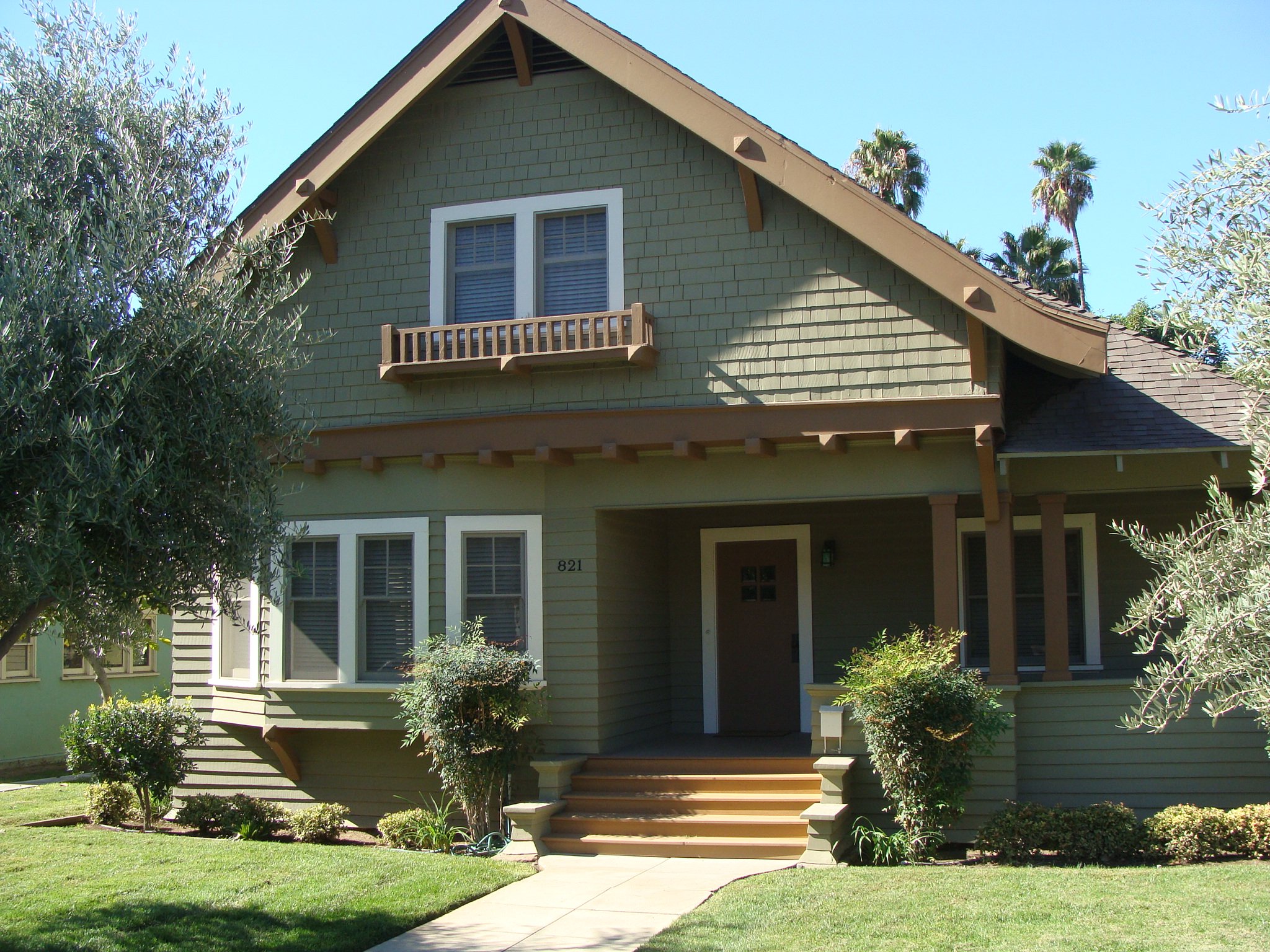 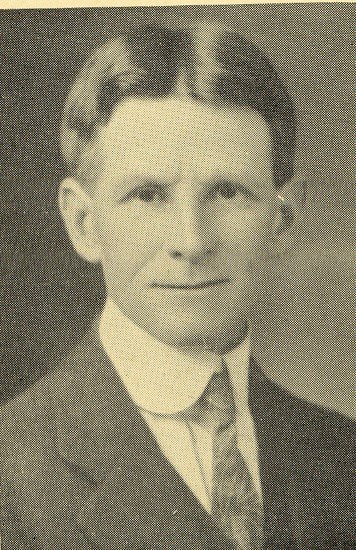 The James W. Kyle Home is influenced by the Arts and Crafts movement. It is a one and one half story home featuring high bell cast gable roof lines with pronounced brackets which appear to go through the fascia board. The exposed rafters and brackets create a “Arts and Crafts” feeling to the home. A plain frieze separates the first floor, which is constructed of shiplap siding, from the second story wood shingle siding. According to the Redlands Jubilee 1938 the elder Kyle moved the family to Riverside, California after several business attempts in the Midwest. Young James was drawn to Redlands. He would often visit by horse and buggy the present site of Redlands, then largely covered with grain fields. He graduated from the University of Chicago and later was elected professor of Greek in William Jewell College at Liberty, Mo. In 1909, the opening year of the University of Redlands, he was one of the nine original faculty. He and his wife, Lucy S. moved to Redlands and soon after purchased the lot at the comer of University Street and College Avenue. According to the 1911 City of Redlauds Tax Rolls, the property is listed as Land $275, Improvements $2000, Furniture $100, Piano $75, S.M. $5, Watch $10.

Under the front gable is a two sash window decorated with a planter box supported by three beams and stick railing. The open wooden porch in the first floor is supported by five posts. The balustrade is covered in shiplap siding to match the first floor siding. One walks up four wooden steps with graduated wooded solid railings which lead to the front solid wood door decorated with four square panes of beveled glass and adorned with craftsman style door plate. South of the front door is a polygonal bay window. The bay window includes four double hung windows with the top portion divided into four small panes. Two screened-in porches located on the south and west side of the building allow for air circulation and emphasize the serenity of the outdoor gardens. Most of the windows throughout the building are double hung with some in the second story opening in. Its foundation is of red brick. Surrounding the property is a cut stone curbing.

Current owner, Dora Van Vranken, and daughters enjoy the feeling of the home. She indicates many visitors, upon entering the living room, state the atmosphere is inviting and that the home exudes serenity. Her family had been house hunting for over a year. They often walked the neighborhood and had always admired this house. Her daughters had named it the “White House” because of it’s white and gray color. It was their desire to fmd an older home within walking distance to the University of Redlands. She is grateful the past owners had maintained the architectural integrity of the home. She prides herself of the original redwood floors and oak floors she and the Hjortens refmished. The dining room, which was used as a music room by the second owners, has the original built-in china cabinet.

Three of the five home owners have been professors at the University of Redlands. Professor James W. Kyle, professor of Ancient Language (1909 – 1941), lived in the home until his death in 1954. His widow Lucy is listed in the City of Redlands Directory until 1958. In 1959 Ray Gaston, an electrician, lived in the home and is credited for the rewiring of the home. Dr. Leslie Spelman, professor of Organ and Theory of Music, Director School of Music (1961 – 1968) lived in the home from 1961 through 1968. The current owner, Professor Dora Van Vranken, professor of German Studies (1965 to present) has lived in the home since 1970. She and her family purchased the home from the Hjorten family. Mr. Hjorten was in the military and lived in the home two years. Since 1985, Professor VanVranken has had the home retrofited, painted inside and out, had it re-roofed, refinished some of the wood floors, installed a new heating and air conditioning downstairs, and planted trees and shrubs as well as fenced the yard. She is conscientious and prideful in maintaining the integrity of the home.

Researched and written by Rosa E. Gomez. Assisted by the expertise of Karen Flippin.