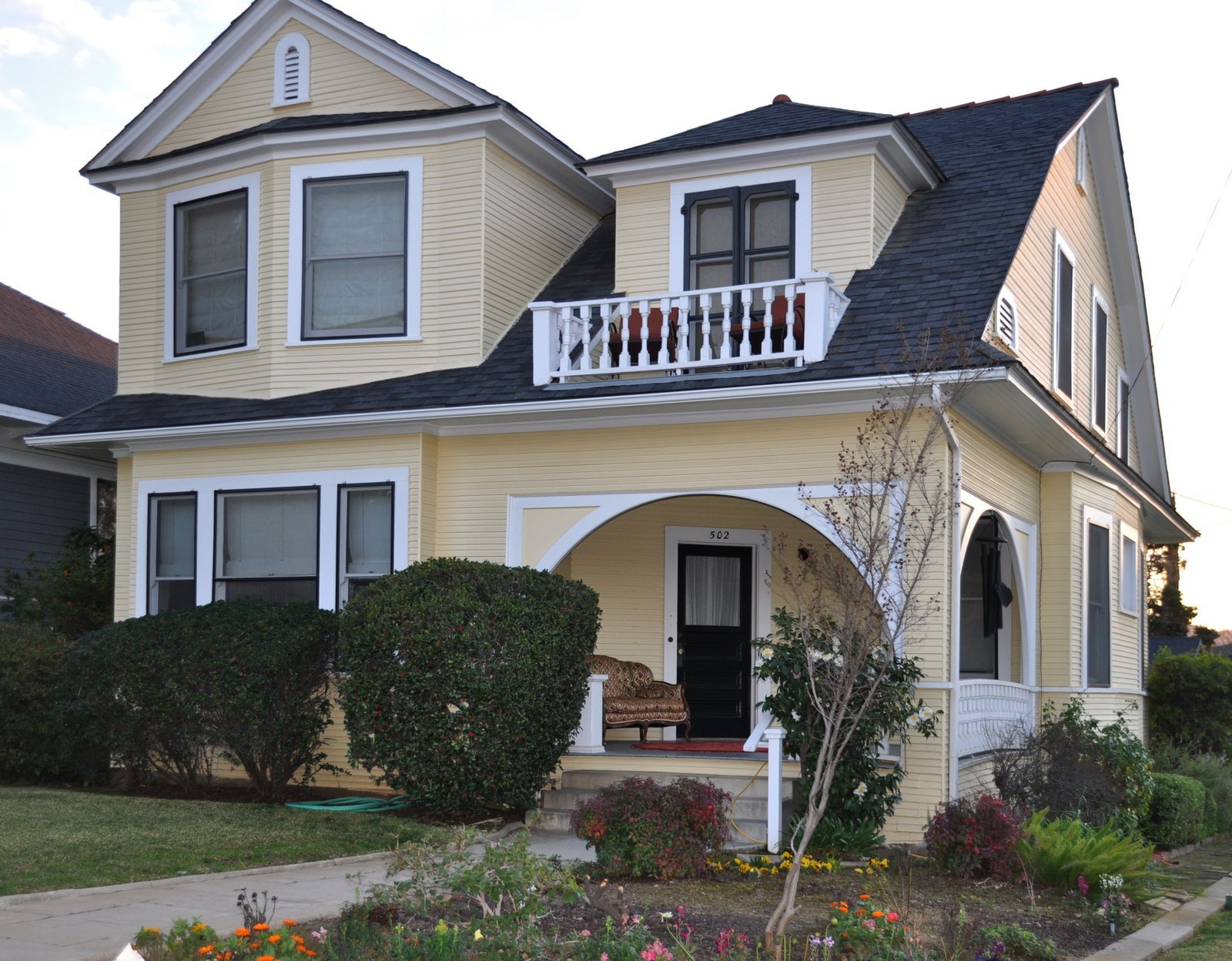 The two-story Victorian cottage has a modified gambrel roof with an offset gable and a hipped dormer. The structure, covered with an overlapping clapboard siding is distinguished by its open corner porch with archways on the north and west sides. On the porch is the entry door, which is centered in a wall that is at a forty-five degree angle on the front right corner of the house. A railing with turned balusters encloses the porch and matches the railing on the porch above.

Mr. Ernest L. Truesdail, president of the Redlands Citrograph, resided there with his wife Ruth and their two children from 1914 to 1921. Also listed as a resident of the home during this time is Miss M. K. Williams, who was a secretary for the Citrograph. Mr. Truesdail later edited the commerative book, Golden Jubilee Redlands 1888-1938, on the occasion of the Redlands’ fiftieth anniversary. From 1921 to 1924 the house was occupied by Richard and Adah Doty and their son, Harold.

The Hite family moved into the house in 1925. Mr. F. L. Rite, a painter, along with his wife Mattie, son Ira and daughter Pearl resided in this home for about twenty years. During this time, Ira began work as a stickerman-glazier at the Fletcher Planing Mill. When the house was sold in 1945, Ira was a foreman at Fletcher’s.

Mr. and Mrs. John Dallmeier bought the home in 1945, living there until 1966. Ira and Anne Ormsby purchased the property in 1966 and raised their three children there. The home is now included in the “Early Redlands” Historic District, established in 1988.

The beautifully groomed home and grounds are a reflection of the loving care bestowed by Anne Ormsby on this historic property.