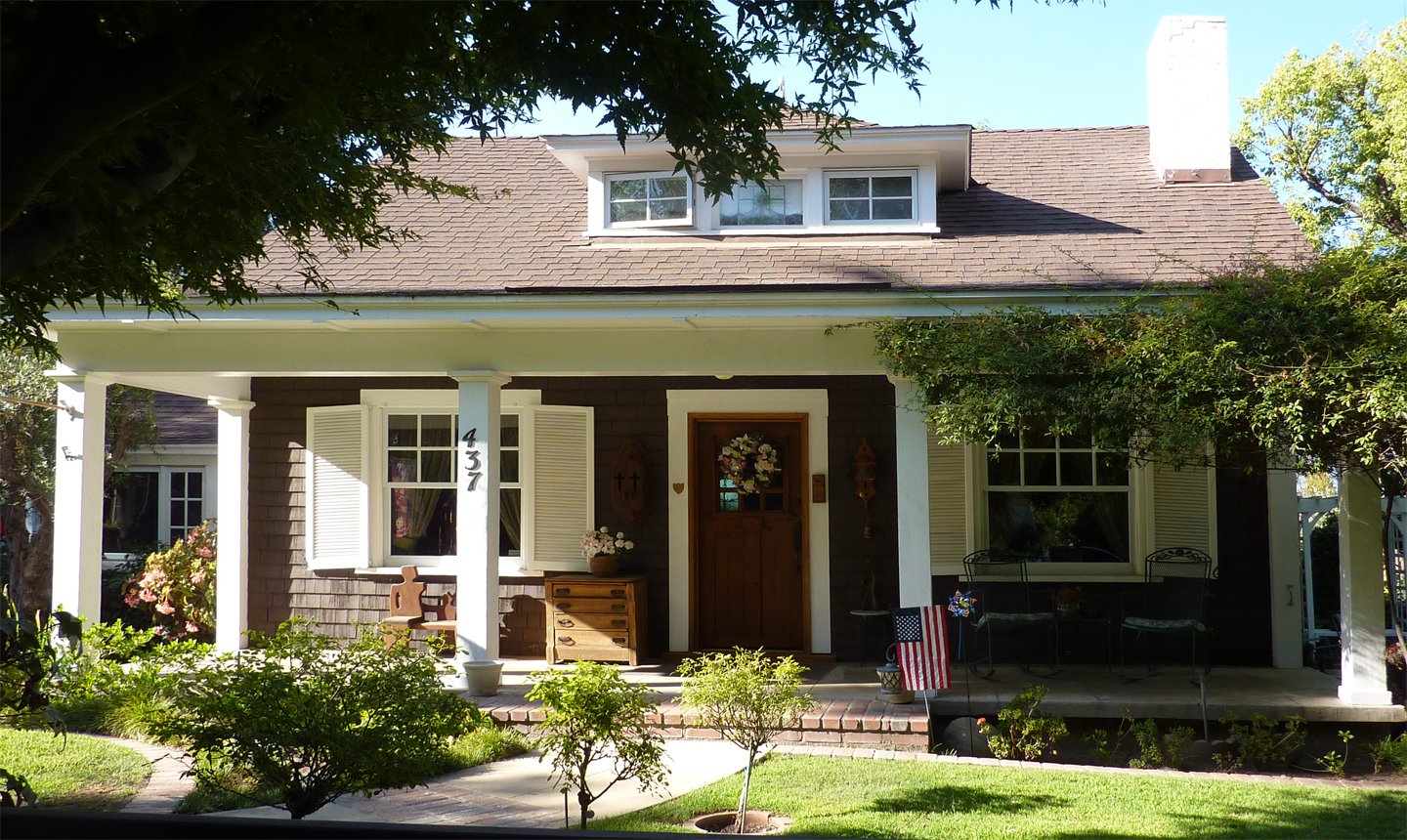 In 1898 W.H. Trippett purchased from A.E. and L.B. Sterling a portion of an olive grove in Redlands Heights together with one water share for the sum of $300. Three years later in 1901 Mr. Trippett obtained a permit to build a four-room cottage. The estimated cost to build was $500. Trippett’s shingled cottage is now known as 437 Summit Avenue.
Trippett is listed as an early Redlands sculptor and potter. Finding the clay of this area ideal for his craft, he made his home in Redlands. It is believed that Trippett did much of his work in what is now the garage. His pottery is much sought after today by collectors. Mr. Trippett was one of the early teachers at the Redlands Grammar School.

The present owners of the home are Verne and Diana Holmes. The Holmes are the fourth owners. Like all of the previous owners, the Holmes are educators and craftsmen. Mr. Holmes’ hobby of woodcarving is evident throughout and has been beautifully incorporated into the home. The Holmes have lived in the house since 1954 and have raised their three children there.