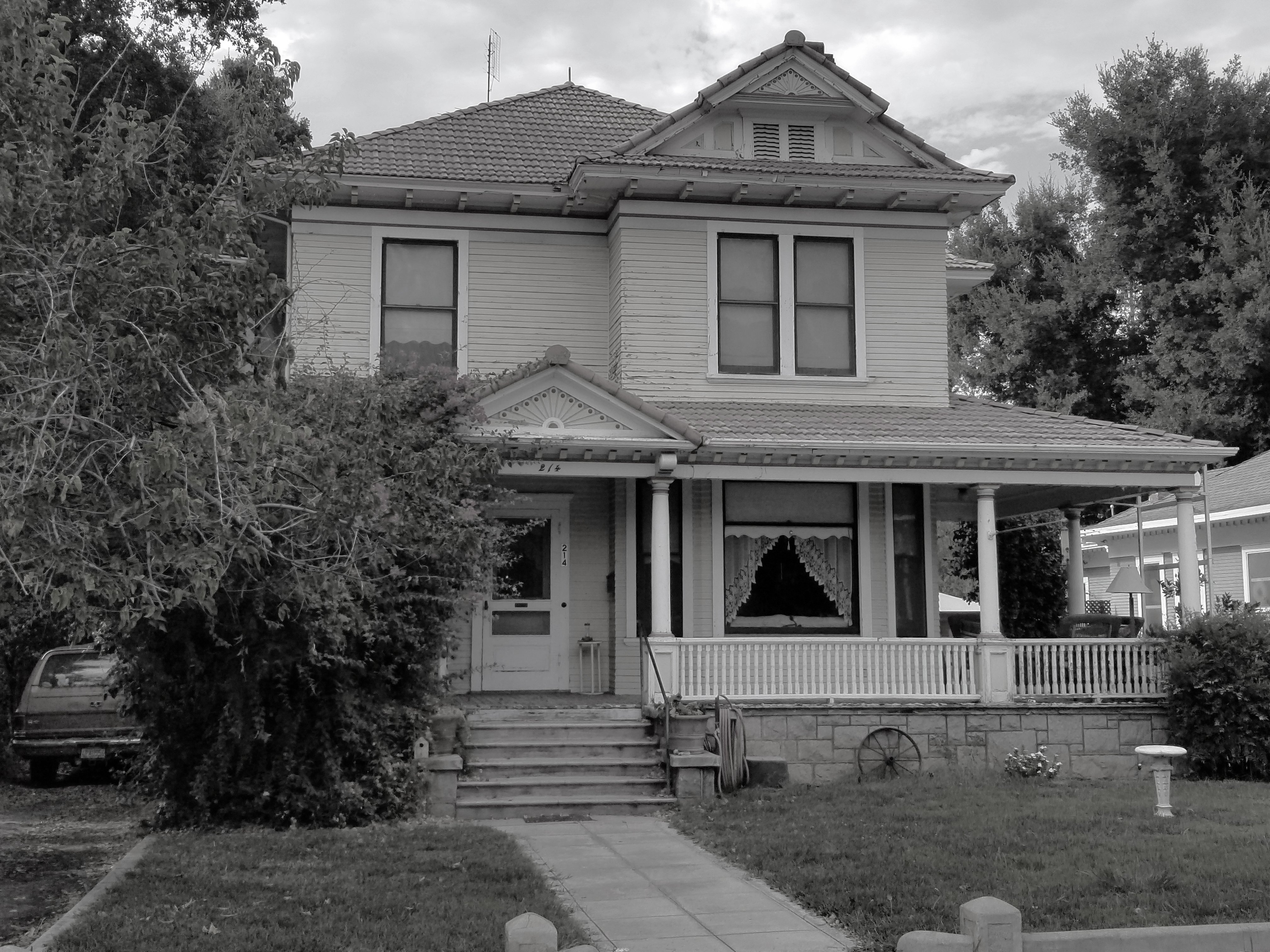 William Pyle had his home constructed for him by D. M. Donald in the latter months of 1900. The contact cost was $2,800 for the home and an additional $1,000 for the barn. The high degree of proportionate funds for a barn was due to the fact that Mr. Pyle was Vice President of the Graham Cope Commercial Company. The company was to build its main structure on Orange Street in late 1901. Until then this large redwood barn would double as a retail storage outlet.

Mr. Charles I. Wade was mistakingly given credit for building this home. He actually rented the home for several months while Mr. Pyle was regaining his health.

The home follows a general floor plan of Donald for the early period of the 1900’s. The two-story, nine room home is divided on the lower story by an entry, parlor, living room, kitchen on one side, and a dining room, hallway and stairway on the other.

Donald completed the home with oak stairway railings and his familiar oak fireplace mantel. These mantels were mass produced and can be seen in many Redlands homes.

Prior to 1938 the roof was tiled and extra reinforcement was added to carry the extra weight. The large barn was removed in 1909 and taken piecemeal to Yucaipa for the storage of grain and hay.

Mr. and Mrs. Luther Holden purchased this home in 1938 after the death of Pyle in November of 1937.