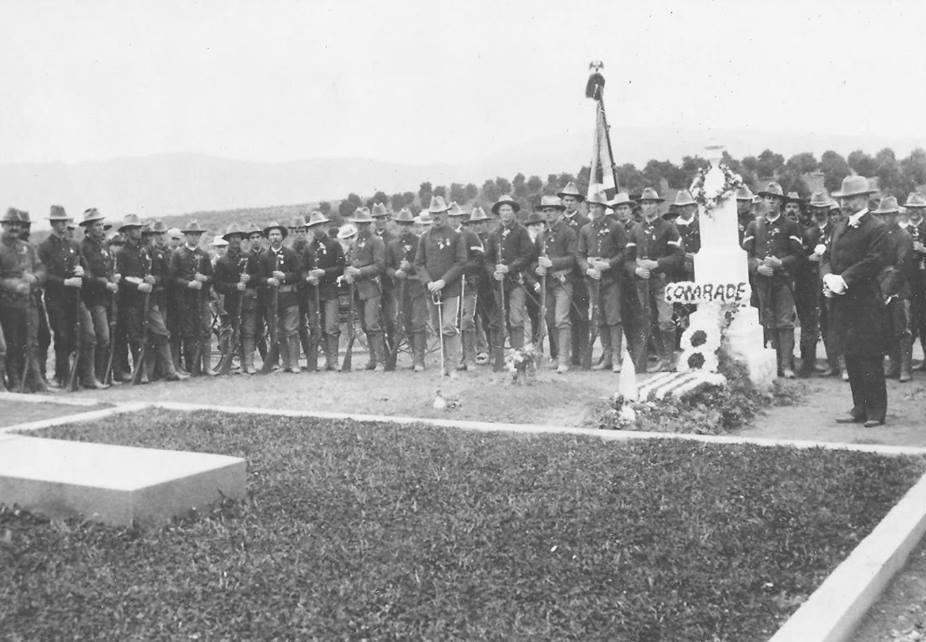 On Saturday October 21 the Redlands Area Historical Society will conduct a walking tour of Hillside Memorial Park located at 1540 Alessandro Road, Redlands. The tour will start at 4:00 p.m. beginning near the Egyptian Mausoleum and finishing before sundown.  Tom Atchley, vice-president of the Historical Society will lead the tour. A $10.00 donation from each person will be collected.  The walk will not be lengthy but uneven surfaces and moderate hills are abundant in the cemetery.

Judson and Brown, the founders of Redlands, never envisioned a cemetery in their preliminary map of Redlands in 1881.  When their good friend and mentor, Myron Crafts, died in 1886 the event led to their purchase of 23.47 acres from the Southern Pacific Railroad Land Company.   Judson and Brown then donated this Hillside Cemetery site to the Hillside Cemetery Association.  The association consisted of six board members: John W. Edwards, Edward G. Judson, Charles Putnam, A.L. Park, Karl C. Wells and James S. Edwards.  They met the first time June 8, 1886.  The city did not take over management of the cemetery until February of 1918.

For some two-decades pioneers had lived in the East San Bernardino Valley and with the exception of the Native American cemetery in Crafton established by Myron Crafts, no other cemetery had been started.  Judson and Brown were able to purchase the land cheaply from the Southern Pacific Company for $2.50 an acre.   Charles Gothier, a Civil War veteran, and resident of the future Smiley Heights was the first internment followed quickly by Myron Crafts.

The Board of Health listed “consumption” what is today called tuberculosis as the number one cause of death in early Redlands followed by typhoid fever, scarlet fever, whooping cough, meningitis and diphtheria. Gravestones themselves will be utilized to focus on the pioneer biographies of important people in Redlands history.  The 1928 Egyptian Mausoleum reminds Redlanders of their fascination with the discovery of King Tut’s grave in Egypt in the 1920’s.

During the 1930’s, the City of Redlands had some stormy City Council sessions concerning the cemetery when it was learned that Cemetery Endowment Funds were used to purchase Mill Creek Water Rights.  A deficit city budget led to the city treasurer to impound city money to review the Endowment Fund questions. The Great Depression was good for the cemetery.  Work Progress Administration spent $25,000 for 35,000 cubic feet of stone walls, split stone curbs and retaining walls.  The WPA had 141 men in 1938 building the retaining wall along Alessandro Road spending some $56,000 on just that wall.

Join the tour and learn many other interesting facts on Hillside Memorial Cemetery, one of the few city-managed cemeteries in California.