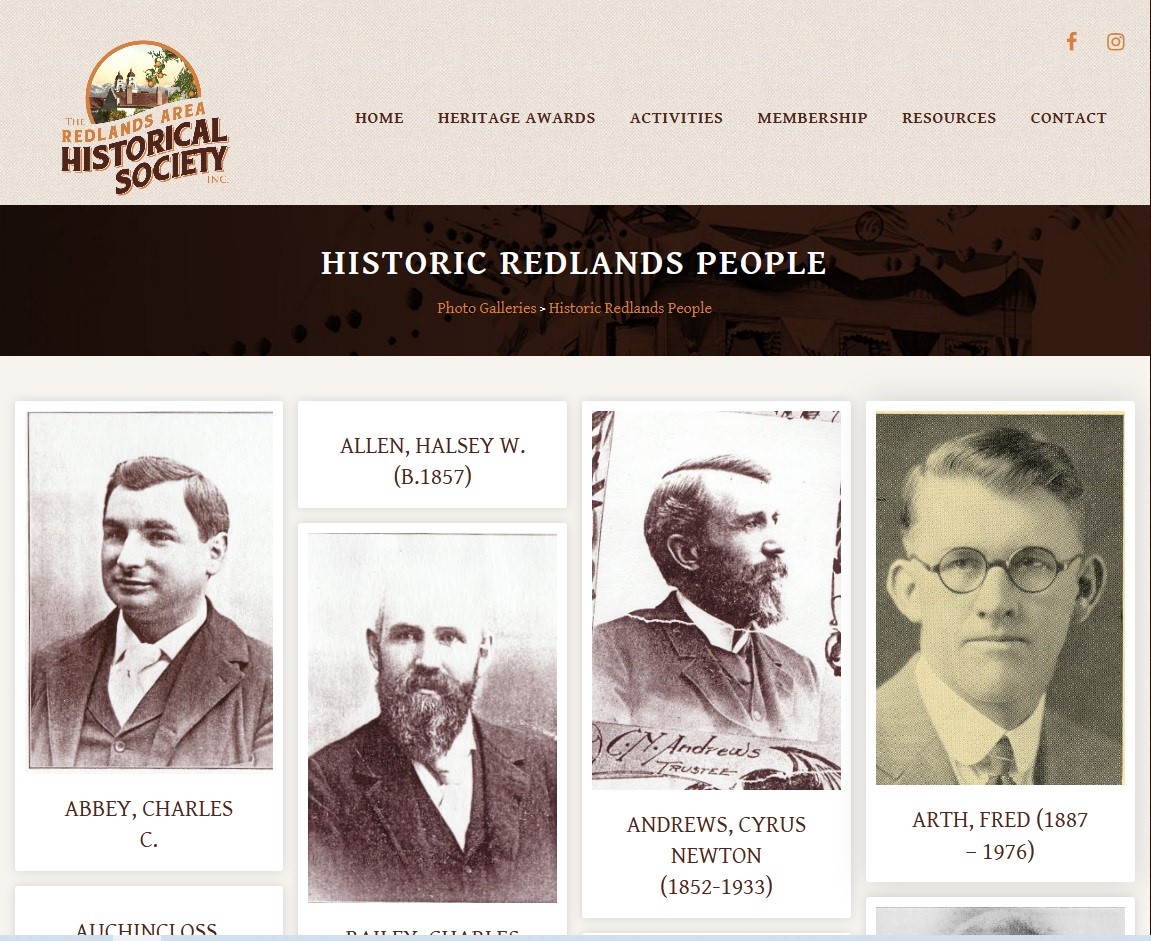 The March 22 program of the Redlands Area Historical Society will provide an update on three of its popular offerings: its web site, its RAHS Explorer app, and its Redlands Historical Timeline Story Map. The Society’s website at www.rahs.org provides the public announcements on the monthly programs, walking tours and annual Heritage Awards. During the last year over 200 biographies and photos of historic Redlands persons have been added. Interestingly, members of the public have also contributed photos and biographies of members of their families that lived in Redlands many years ago.

The 350 Heritage Award citations can be accessed via the Society’s Explorer App which was first developed three years ago. The App can be used with your smart phone or your home computer. Photos and architectural descriptions of the historic homes can be accessed by this application.

The Historic Timeline Story Map was first introduced in 2018. The Timeline has been steadily updated as Tom Atchley extracts historic information from Redlands’ newspapers and his other research sources. Tom periodically forwards the revised Timeline text to Ben Parker who installs the information into the Timeline Story Map along with photos and maps. New historic basemaps have also been included which allow the public to see what Redlands looked like decades ago.

It is the hope of the Society to provide the public 24/7 access to as much historic material and content as possible.

Ron Running is the current Vice President of the Historical Society. He is a retired city planner who has been involved in the Historical Society for many years. In the past he has coordinated several special projects including the digitizing of the 1892 “Illustrated Redlands” publication, photo documentation of the gravesite memorials on the Findagrave.com website, and the publication of the Society’s Redlands 125th Anniversary Celebration and the Redlands Souvenir books.

Tom Atchley is a local historian and retired Redlands High School teacher. He serves on the Historical Society Board of directors and has been president several times. Tom is known for his vast knowledge of local history and his humorous presentations. Tom has been collecting the Redlands historical information on which the Historical Timeline is based.

Ben Parker is a Historical Society member and a retired software engineer at Esri. He assisted in the development of the Society’s Explorer App and the Redlands Historical Timeline Story Map. In his spare time Ben has been busy photographing many manmade and natural landmarks in the Inland Empire region.