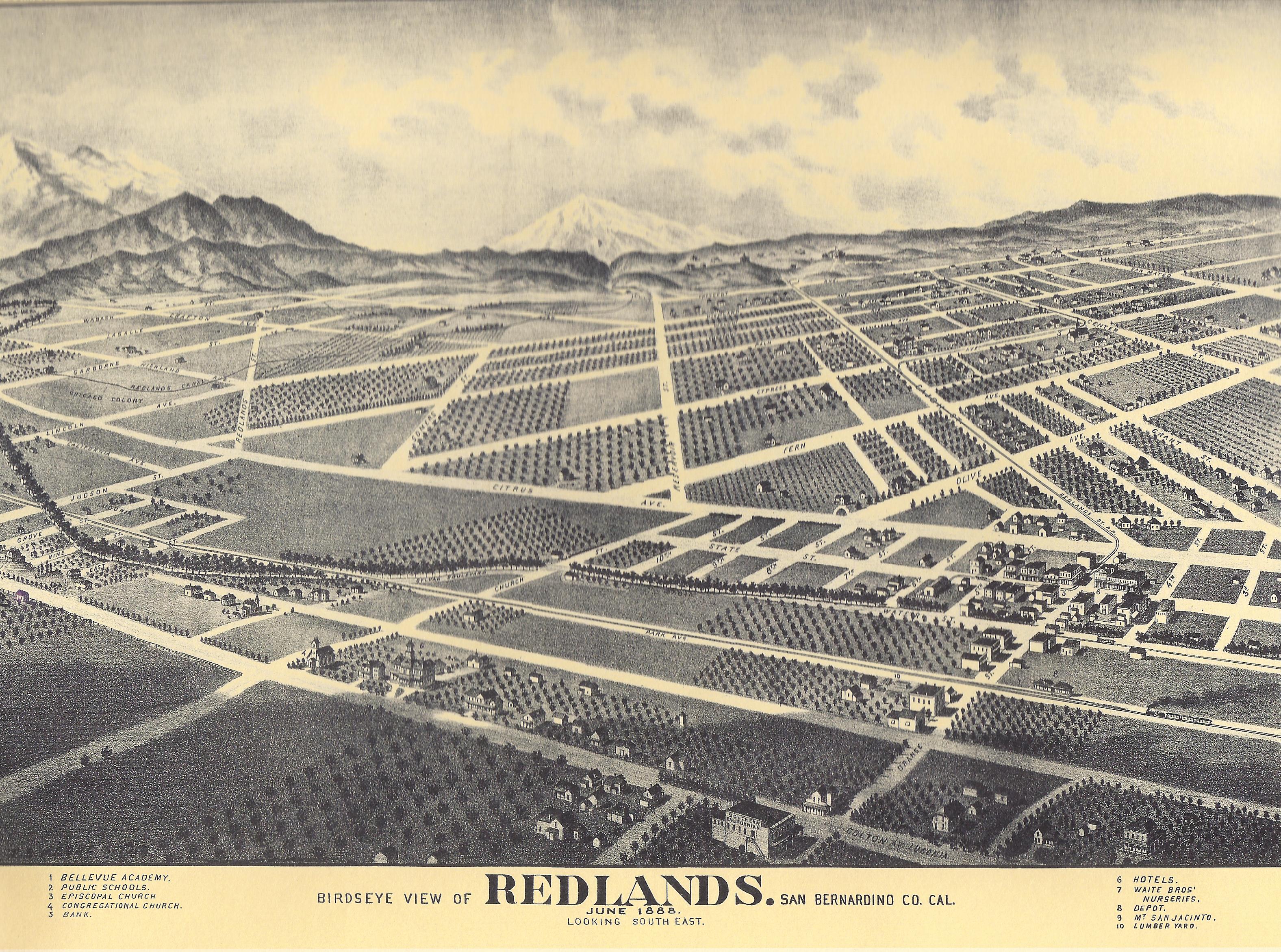 Local historian and former Redlands Area Historical Society (RAHS) president Tom Atchley has been compiling historical information on Redlands in a timeline or chronological order for many years. He then shared his 80 page chronology with Society Board member Ron Running who began thinking of ways in which the comprehensive timeline could be presented to RAHS members and the public using the internet. Ron attended the annual Esri user conference held in San Diego and saw a presentation on developing “Story Map” applications for a variety of purposes. He discovered that an Esri Story Map could serve as an effective platform to display the timeline’s historical data in pictorial, map and textual form simultaneously. Ron and Tom then recruited Society member Ben Parker (a retired Esri employee) to work with them on creating a web-based story map that combined Tom’s timeline text with historical photos and maps. The team has been working on the project for the last year.

Several years ago the Redlands Area Historical Society became a subscribing non-profit member of Esri’s Geographic Information System (GIS) software. This subscription was used by the Society to develop its free RAHS Explorer app for smart phones which allows users to access the historic content on the 350+ Heritage Award Homes in Redlands from the Society’s website. The Esri subscription also allows access to Esri’s Story Map development platform and its Living Atlas of the World, used worldwide to share data, mapping and photos on an infinite variety of subjects.

The timeline team will demonstrate the Redlands Historical Timeline Story Map at the Society’s March 25, 2019 meeting. The timeline story map draws from the photos and maps that both Ron and Tom have collected over the years as well as resources from the Heritage Room Collection in the A.K. Smiley Public Library and Esri’s Living Atlas of the World. Historic events and persons are shown not only in photos but also graphically on a series of historic maps (including Sanborn Fire Insurance maps) that can be viewed as overlays on present day maps, aerial maps, and topographic maps. The timeline is an organic program that will be added to over time. The public will be able to access the timeline story map from the Society’s website at www.rahs.org

The demonstration will be shown in the Contemporary Club house located at 173 S. Eureka Street at 7:00 p.m. on Monday, March 25. The Society’s meeting are free and open to the public.