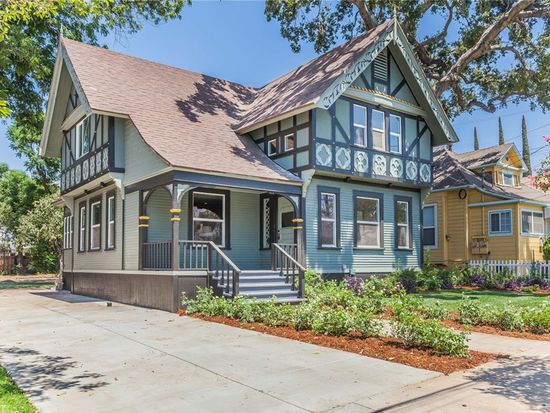 The Redlands Area Historical Society Saturday March 24 walking tour will explore the Victorian homes along Nordina Street beginning at 9:00 a.m. from the northwest corner of East Fern and Nordina.  The tour leader will be led by Tom Atchley, vice-president of the Historical Society. The tour fee is $10 for historical society members and $15 for non-members.

The tour will follow the west side of the street to Olive and return on the east side to Fern Avenue.

Nordina, Myrtle and Sonora Streets were named by Benjamin Franklin Watrous in 1887.  Watrous, a Civil War surgeon, came to Redlands in 1881 and bought land on East Olive Avenue between East Olive and Clark Street.  He subdivided his property in 1887.  Smaller affordable lots close to the newly surveyed downtown offered some competition for Judson and Brown and their Residence Tract located nearly a mile away in southwest Redlands.

The Episcopalians moved their 1886 church from Center Street to the southeast corner of Cajon and East Olive.  Another Christian Church built on the corner of Olive and Nordina.   Nordina from Olive to Clark Street had lots sell for $50 each.  Tents went up as the new lot owners saved to eventually build on their new property.

In 1904, Redlands built a new thirty-bed hospital on Nordina.  The proposed hospital raised the ire of Nordina residents, who feared a sanitarium filled with tuberculosis patients.  The Redlands City Council responded by declaring Redlands a tubercular free community that would not allow TB patients rooms in the city.  The Episcopal Church created The Settlement below Hillside Cemetery to accommodate tubercular patients medical care and tent cabins. 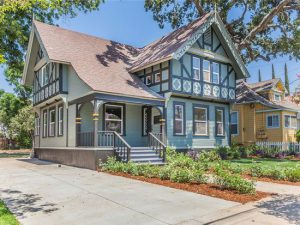