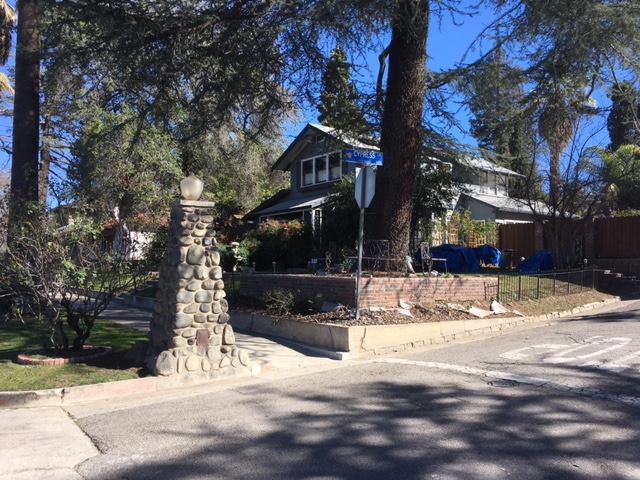 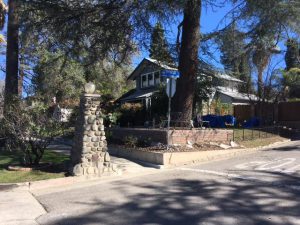 The Redlands Area Historical Society will host a walking tour on Saturday, March 18, 2017 that meanders through the Cypress Court subdivision beginning on East Cypress Avenue at the entrance of Cypress Circle at 9:00 a.m. The tour will be led by Tom Atchley, vice-president of the Historical Society, and will cost $10 per person. This tour was previously schedule for February 11th but got rained out.

The tour begins along East Cypress Avenue with several homes that face East Cypress.   One of these homes is a Heritage Home recognized with an award in 2003.   Another 2010 Heritage Home is located at 606 Cypress Circle.

Three Redlands High students drew the plans for 10 E. Cypress Avenue in 1916 and Redlands High wood shop students did much of the construction.  Herbert Powell, a nationally known architect, designed several homes in the tract.

The 53 lots in the subdivision were planned by Burton Cannon, a Redlands High teacher.  The circular court has a central Italian cypress lined walkway and a majority of the homes were built from 1916-1930.  Craftsman architecture dominates the angular lots.  William Furguson, Redlands Park Supervisor, planted the original subdivision with shrubs and cypress that accented the architecture and bungalow styles.