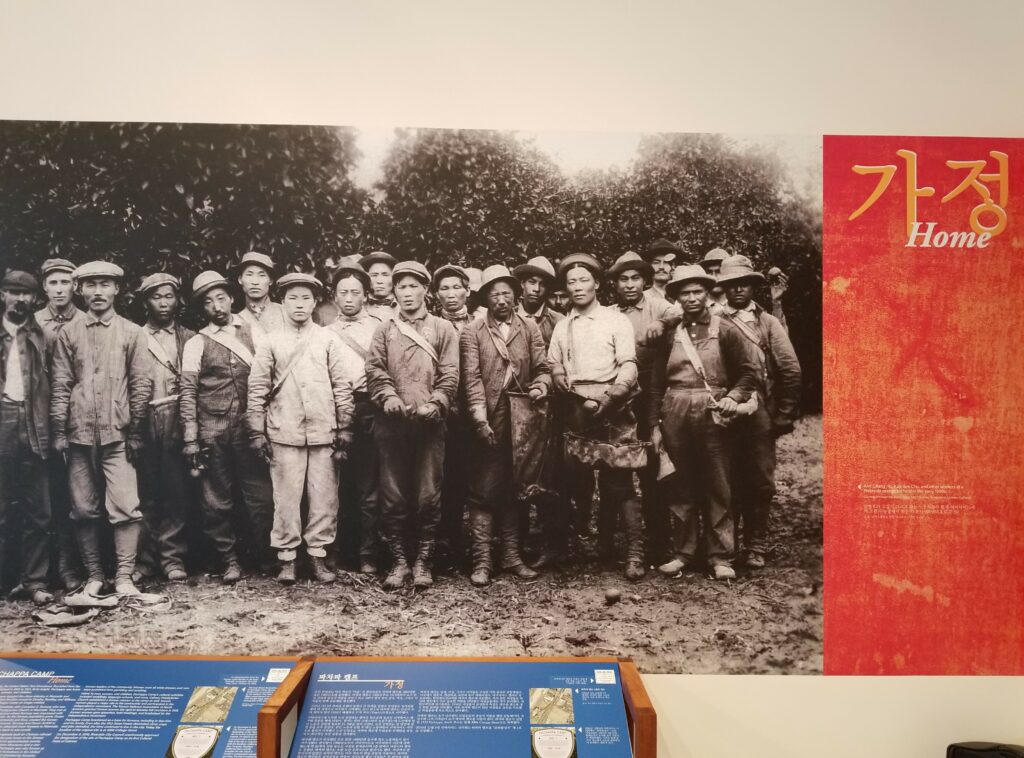 Few people are aware that Redlands had its own Koreatown in the downtown area close to its Chinatown on Oriental Street. The Redlands Korean community had a connection with the larger, more prominent historic Korean community in Riverside.

Dosan Ahn Chang Ho moved to Riverside, California in March 1904 and soon established the first Koreatown on the United States mainland known as Dosan’s Republic or Pachappa Camp. In Riverside, Ahn helped found an employment agency and negotiated relations with citrus farmers to find work for Koreans who lived in the community. With steady work available, Riverside became a popular destination for Korean immigrants and the ideal location for Ahn Chang Ho to develop and execute his Cooperative Association (Gongnip Hyop Hoe) to foster a sense of community. The Cooperative Association later expanded to Korean settlements throughout California and eventually developed into the Korean National Association, which proved especially significant in organizing immigrants to fight for Korea’s independence in the wake of Japanese colonization in 1910.

Pachappa Camp both helped anchor its residents’ identity and revealed Koreans’ struggle to support themselves and fight for Korean sovereignty. The experiences Koreans lived in Pachappa Camp reflected not only exceptional moments in Korean American history, as the first organized Korean settlement in California and one of the seats of the independence movement, but also the ubiquitous experiences that typified immigrant lives in the United States. The city of Riverside erected a statue of Ahn in 2001 to honor Dosan and teach about his legacy and connection to the Riverside. Because the historic Koreatown no longer exists, the statue stands as the only site of remembrance for this pioneering community.

University of California at Riverside professor Edward T. Chang is Professor of Ethnic Studies and founding Director of the Young Oak Kim Center for Korean American Studies at the university.  A prolific researcher, Prof. Chang has published twelve books, seven edited volumes, and numerous articles. His latest book is Pachappa Camp: The First Koreatown in the United States which won the “Grand Prize” from the Association for Studies of Koreans Abroad. The book was also featured in the NY Times, LA Times, NBC News, and PBS NewsHour. Professor Chang has studied and been a voice of the Korean community for more than 25 years. He is a leading expert on the Los Angeles civil unrest and appeared in a CNN Special report “The Fire Still Burns: 30 Years After the LA Riots” on April 29, 2022. Dr. Chang’s continued research and speaking on matters relating to building peace in inter-ethnic communities has shown that his interest in this subject goes far beyond one of crisis management and beyond the issues of one urban neighborhood.

Professor Chang’s program will be given on Monday, September 26, 2022 at the Contemporary Club building at 175 Eureka Street in Redlands at 7:00 p.m. The Historical Society’s programs are free and open to the public.

Those unable to attend can watch the program on Zoom. Register in advance for this webinar at