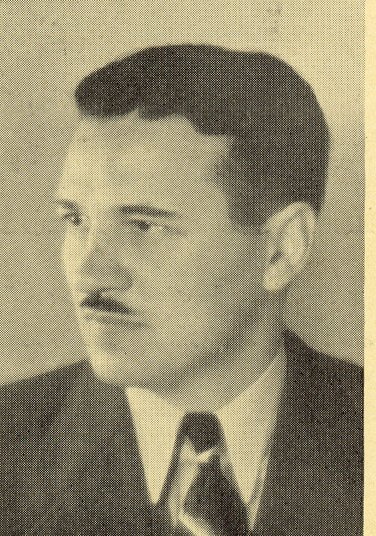 DR. MEREDITH G. BEAVER, physician and surgeon, came to Redlands in the fall of 1931 from the Mayo foundation at Roches­ter, Minn. He was born in Pataskla, Ohio, March 13, 1899. His family moved to Ashland, Ore., when he was eight years of age and he re­ceived his elementary and high school educa­tion in Ashland.

On April 9, 1917, he joined the United States army and spent 12 months overseas with Battery C, Sixty-fifth coast artillery corps. Beginning with the first American offensive at St. Mihiel, he saw action in five major battles of the war and was in Sedan when the Armistice was signed. On Feb. 28, 1919, he was discharged from the army.

That fall he entered the University of Ore­gon” from which he received his” degree of A. B. in 1923 and his degree of M. D. in 1926. He was part-time instructor in pathology at the University of Oregon medical school from 1924 to 1927, and during the last year of this period served his internship at Multnomah County hospital.

On Oct. 1, 1927, he was accepted as a fellow in surgery at the Mayo foundation. There he devoted 18 months to experimental surgery, nine months to general medicine and surgical diagnosis and 20 months to operative surgery. From July, 1928, to April, 1929, he was first assistant in experimental surgery and pathology, and from October, 1930, to September, 1931, first assistant in surgery. He received his degree of M. S. in surgery from the University of Minnesota in 1930.

After finishing four years at Mayo’s and considering several locations in the East and Middle-West, he decided to return to the Pacific coast and came to Redlands to be as­sociated with Dr. E. W. Burke in the latter part of 1931. He has been on the surgical staff of the Redlands Community Hospital and the Redlands Heights Sanatorium since that time, and at the San Bernardino County hos­pital and St. Bernardine’s since 1932.

Dr. Beaver is a fellow of the American Col­lege of Surgeons; a member of the American Medical association; Sigma Xi and Alpha Omega Alpha, honorary scientific and scholas­tic societies; Nu Sigma Nu and Delta Tau Delta, medical and collegiate fraternities; and a captain in the medical reserve corps of the United States army.