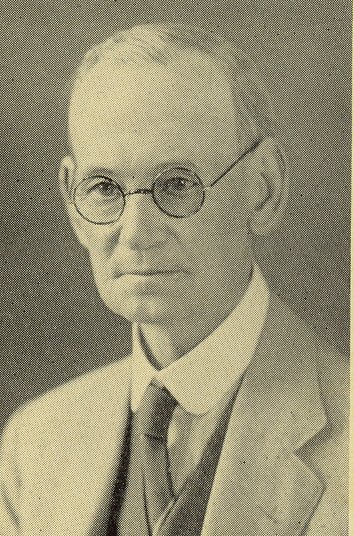 HARRY LIVINGSTON CLOCK was born in Franklin County, Iowa, March 29, 1870. His early boyhood was spent on a farm, but at the age of 15, his parents moved into town where his father had taken a county position. It was in 1893 that Mr. and Mrs. Charles L. Clock moved with after three sons, Fred H., Charles H., and Harry L. Clock to California. They settled first in Los Angeles, where they remained until 1895. Coming to Redlands in that year the father, C. L. Clock, bought the 20 acres of oranges on East Palm Avenue known as the Andrews place, and built the home place at 551 East Palm avenue, occu­pied today by H. L. Clock. Here it was that the three Clock brothers lived as young men and got their start in the citrus business.

In addition to the 20 acres on Palm avenue the Clock brothers have extensive other citrus holdings. They purchased 30 acres of grove property on East Colton avenue, and later they bought 30 acres of land in the same vicinity and planted this also to oranges. In addition to this, C. H. Clock is the owner of 60 acres of orange groves in the San Timoteo canyon.

After many years experience, Harry L. Clock still thinks that the growing of citrus is one of the finest businesses to be in. He thinks an orange grove today is one of the best in­vestments one can make, provided the grove is a good one, soil and water conditions are right and it is located right. The growing of citrus fruit, he says, is not so different today from what it was in days gone by, but the big change has come in the method of marketing.

Mr. Clock has been through the growing of oranges under all conditions. He has been burned out, frozen out, dried out, and this past year for the first time, all but washed out. He has had the unique experience of walking across the dry bottom of Big Bear Lake. This happened, he explained, before the new dam was built, and following a drought of several years.

In 1908 the Clocks had their first automo­bile, a Tourist, made in Los Angeles. Mr. Clock recalls a trip to San Diego in that year by auto, while much of the freighting was still being done with four- and six-horse teams. The modern automobile he considers little short of a miracle.

On his arrival here in 1895, Mr. Clock joined the First Methodist church and has continuously been a member there since.