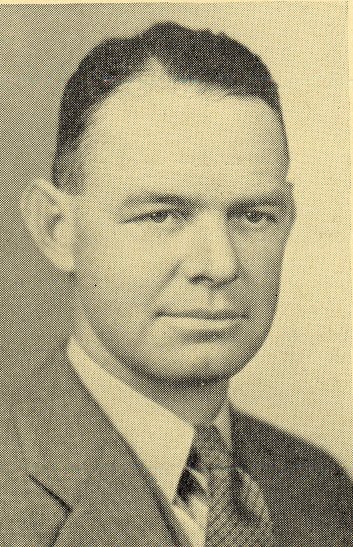 MEMBER of the third generation of Redlands builders bearing his name is Gordon Donald, constructor of many of the city’s finest homes and business establishments.

His grandfather, Daniel M. Donald, was a native of Scotland, born at Perth in 1843. His father, Davis Donald, was born in Canada. Together they came to Redlands in 1889 and founded the general contracting business carried on today by their descendant.

Gordon Donald was born in Redlands on Jan. 10, 1895, at 16 San Mateo street in a house built by his father. He attended McKinley and Kingsbury grammar schools.

He well remembers Jan. 6, 1910, for that was the day of the big push mobile coasting race from the top of Cajon street down to what is now the city hall – a race in which he finished last.

Following his graduation from high school in 1914, he spent two years at the University of Redlands.

On Dec. 10, 1917, he enlisted in the air service and was sent to Kelly Field, Texas. From there he was transferred to Wilbur Wright Field, in Dayton, Ohio, from which he was discharged on Feb. 21, 1919.

He returned to Redlands and went to work with his father. Upon the latter’s death in 1927, Mr. Donald took over the business and is still engaged in it today, with headquarters at 50 East Vine street.

On Oct. 23, 1920, he was married to Estelle Hurd, of Philadelphia. They have one boy, Gordon, aged 11, and a daughter, Mary Agnes, eight. Their home, which Mr. Donald built in the summer of 1936, is at 102 Westwood Lane, in the Country club residential district.

Mr. Donald likes to play golf at the Country club; of which he is a member. He is also affiliated with the American Legion, Kiwanis club and Redlands lodge of Elks.

His grand uncle, William Donald, was the first Presbyterian minister in Redlands, and the family have all been active workers in that church.