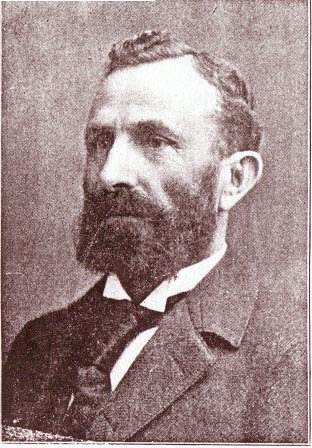 Henry Fisher, a native of Pennsylvania, went into the oil fields soon after the first well was struck in that state, and at once became interested in producing petroleum.  In company with his two brothers he had the first pipe line ever put down through the oil-producing district.  This line and others, which were laid later, were bought by the men who started the Standard Oil Company.  When the business was in its earlier stages there was no pipeline from Oil City to Pittsburgh, but all the oil was sent down the river by tugboats.  The Fisher Oil Company, of which Henry Fisher was a member until a year and a half ago, is the oldest in the United States.  Mr. Fisher’s two brothers are still members of this company and there is only one man interested in the stock of the company who is not a Fisher.  Its business has always been that of a producer, not of a refiner.

Mr. Fisher’s return to California last fall, when he decided to become a permanent resident of Redlands, was his fifth trip to this state.  A residence for himself and family is at present being built on Highland Avenue and San Mateo.  This residence will be of a style of architecture new in Redlands, Moorish in design with a patio in the center, covered by a stained glass roof and containing an electric fountain.  The roof of the house itself will be of tiles.  The building will be cemented on the outside, the towers and similar portions being decorated with stucco and staff work.