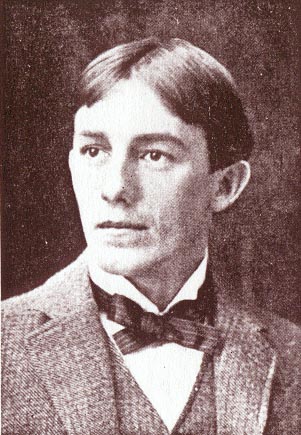 John H. Fisher was born at Oil City, Penn., March 26, 1874. He was educated at Shadyside Academy, a preparatory school for Yale in Pittsburg. Mr. Fisher always considered Pittsburg his home until he came to Redlands for a permanent residence, but has spent a great portion of his time in traveling over different sections of the United States, usually spending his summers in the North and his winters in Florida or California.  He first came to Redlands, with his father (Henry Fisher) and mother, in April 1892, and remained here until September 1894.  During this stay the family lived at the Terracina and in a cottage which they built adjoining the hotel.  In October 1896, Mr. Fisher, having in the meantime lived in the East, returned to Redlands intending to reside here.  After a stay at the Casa Loma for a few weeks he purchased the residence built by C. E. French a year or two ago, at the corner of Center Street and Crescent Avenue, which is now his home.  Mr. Fisher is secretary of the Southern California Power Company and the Lytle Creek Light and Power Company, and is one of the directors the Redlands Electric Light and Power Company.  In these business connections he is closely identified with interests that are playing a very important part in developing the resources of Redlands and vicinity.