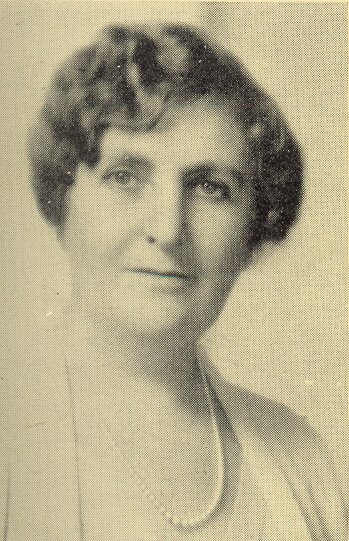 A WORTHY daughter of a distinguished mother is Mary Kimberly Shirk, widely loved Redlands philanthropist and prominent clubwoman of the city, state and nation. Helen Cheney Kimberly, her illustrious mother, lived a long life full of service for young womanhood. Beginning when cooking schools were a radical fad of society, she vis­ioned their practical value to all women and labored untiringly in the campaign for the introduction of domestic science courses in public schools.

In Redlands, where she and Mr. Kimberly established their home in 1905, she was the founder and inspiration of the Junior Aux­iliary to the Contemporary Club, the first of the Junior organizations which are now such an integral part of women’s club life through the country. Kimberly Circle, of the First Congregation­al church, remained as a memorial to her re­ligious enterprises. One of her last achieve­ments, at the age of eighty-two, was the establishment of the Fortnightly Dancing Club for old and young- people alike, giving them healthful and happy entertainment in proper surroundings.

In these and many other ways, Mrs. Kim­berly’s noble characteristics and inspiring leadership made such a deep and lasting im­pression upon the life of the community that her memory will live as long as Redlands ex­ists.

Mrs. Shirk, the youngest of a family of seven children, was born in Neenah Wis. Her father, John Alfred Kimberly, president of the Kimberly-Clark Co., was known as the “paper king.” She attended Neenah public schools, the Mary E. Burnham Preparatory school at Northampton, Mass., and was graduated from Smith college in 1904. She was president of her class in junior year and a member of Phi Kappa Psi, Biological and Omega societies.

In 1905, she married in Redlands to Elbert Walker Shirk, president of the Bedford Portland Cement Co., of Peru, Ind. Mr. Shirk served in naval aviation during the war, was injured and died as a result of his injuries in 1919. Mrs. Shirk then came to Redlands to make her home with Mr. and Mrs. Kimberly at beautiful Kimberly Crest. Since that time she has been one of the city’s foremost workers in clubs and charitable activities. 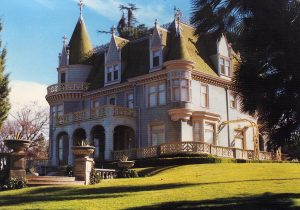 An active and loyal member of the Con­temporary Club, she served as its president from 1926 to 1928. Following her mother’s death, she took up the work of the Juniors. She formerly was state chairman and now is national chairman for that branch of women’s club endeavor.

Her official position necessitates many trips to various parts of the United States for the purpose of visiting junior women’s clubs and addressing gatherings. In addition, she is an enthusiastic traveler. In 1932 she made a world cruise. In 1933 she made the World Friendship tour through Europe with Mrs. Grace Morrison Poole, president of the Gen­eral Federation of Women’s clubs. She visited Australia and New Zealand in 1936, and last year went to Italy and took the Odyssey cruise of the Adriatic and Aegean seas.

She is a trustee of Scripps college, a dir­ector of the Redlands Community hospital, a member of Pro-America, the A.A.U.W., and serves on the finance committee of the Y.W. C.A. What time she can spare from her busy life for recreation, she devotes to music, gardening and drama.