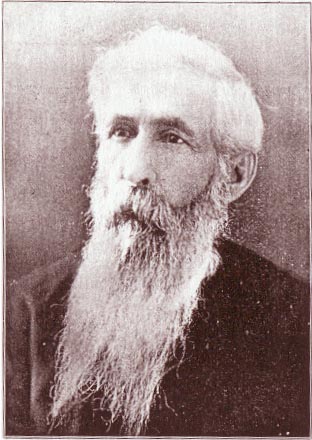 Colonel William Ransom Tolles, a prominent figure in the early history of Redlands, was born at Watertown, Conn., April 10, 1823.  His parents moved to Burton, Geauga County, Ohio, while he was a lad.  He came of sturdy New England stock, and, after obtaining a common school education, he early engaged in business, in which he was very active up to the outbreak of the civil war.  After the death of his wife, a daughter of Judge Hitchcock, of Burton, Ohio, he disposed of his business, and traveled through the south as an agent of firms doing business three, until just before the beginning of hostilities.  Then he was one of the first to volunteer, and was made captain of Company F, Forty-first Ohio Volunteer Infantry.  He participated in all the operations of this regiment until promoted to lieutenant-colonel of the One Hundred and Fifth Ohio.  At the battle of Perryville, by the death of his superiors, the command of a brigade devolved upon him, and afterward, until the middle of June, 1863, promoted to colonel, he was in command of the One Hundred and Fifth Ohio.  Albion W. Tourgee, in a history of this regiment, thus refers to Colonel Tolles at the battle of Missionary Ridge: “No noble figure is to be found in that most spectacular of battles than this gallant soldier riding his black horse up that flame-swept slope, keeping his eye on his regiment and constantly directing its movements.”  Colonel Tolles was compelled to resign on account of continued ill health, January 29, 1864.  Afterward he removed to Locata, Mich., where he lived for several years, and was married to Mrs. N. E. Rhodes, of Kalamazoo June 11, 1868.

In June, 1873, Col. Tolles came to California, and became one of the pioneers of the eastern portion of the San Bernardino Valley.  January 8, 1874, he moved into his first residence in Lugonia, which was the first house of any pretensions in the present city of Redlands.  This house was destroyed by fire on the second day of the following May, but was afterward rebuilt.  Colonel Tolles also planted the first orchard in this section in June, 1874, consisting of oranges, peaches, apricots, grapes and small fruits.  He wrote up the first records of San Bernardino county, and was president of the first county board of trade.  The first church services ever held in Redlands were held at the residence of Colonel Tolles in Lugonia.  He died at San Bernardino December 11, 1893.  His widow is still living at San Bernardino, and is engaged in business there. 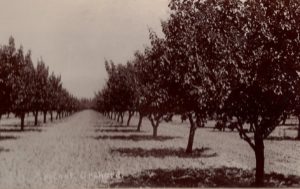 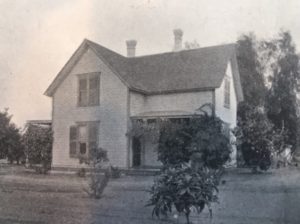 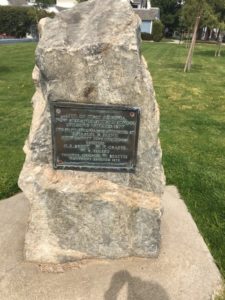