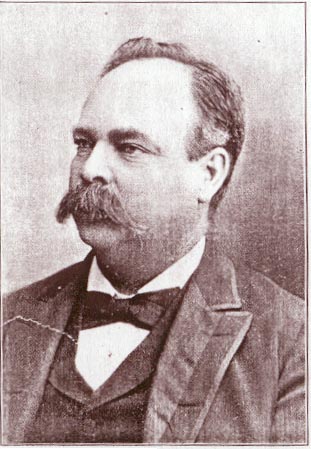 E. J. Waite is a native of Wisconsin, where he was born, in Walworth County, in 1852, and resided until 1875. Then he spent a year in Colorado, and came to California. After a residence of two and one-half years at Riverside he returned east and remained until 1882.  In March of that year he came to Redlands, where he has since lived.  In the spring of 1882 Mr. Waite planted the first orange orchard in Redlands proper, a piece of two acres and a half, on Center Street, now owned by Isam Mitchell.  He also had the first orange nursery in this end of the valley and grew a great deal of nursery stock, having had over 60,000 trees growing at a time.  He had charge of the planting and cultivation of a large number of orange groves, which are now among the oldest and best in Redlands, and is still actively engaged in horticultural pursuits.  Mr. Waite was a director of the Redlands Chamber of Commerce for three years from its organization; was one of the incorporators and is vice-president and a director of the Redlands Orange Grower’s Association.  He was married in 1889 to Katherine E. Jones, of Bureau County, Ills.  His pleasant home in Redlands is on the corner of Center Street and Cypress Avenue.

While the last 16-page form was on the press E. J. Waite died quite suddenly, November 16.  He was a man of much energy, prudence and forethought, and was a hard worker.  He made and kept friend because of geniality, strict integrity and a fine sense of honor.  He retired from active life about a year ago and left a competence to his family.