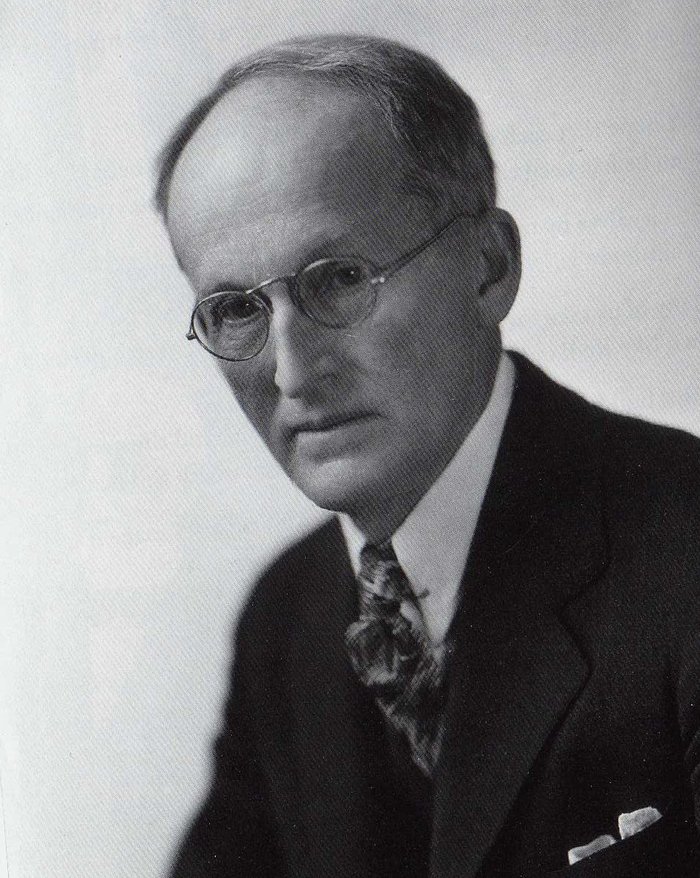 “Redlands has been very good to me and mine from the very first” remarked Clarence G. White, philanthropist and civic worker. For the 37 years that he lived in Redlands, the community not only benefited from his vision, but also his practical deeds. He represented the second generation of Redlands philanthropists which marked the period between 1920 and 1950.

Born in 1869 to a prominent Cleveland, Ohio industrialist, Clarence received his education at the Brooks Military Academy. At Brooks he was valedictorian and, upon graduation, took two years at Harvard before his health broke. It was during the struggle with his health that he acknowledged feeling sorry for himself. He was jolted by “the realization that it was my job to outlive my parents. The worst repayment I could make for them for their care and love was to die on their hands.” Young White went to Florida where he settled on family property near Hastings and pursued potato growing. His experience resulted in a successful potato industry, and he was credited with the development of potato raising in Northern Florida. His health improved and his life changed dramatically when he met, fell in love with, and married Florence R. Fisk (1882-1947) of Berkeley. The Whites moved to Hawaii in 1905 where their four children were born.

Once again, Clarence pioneered an agricultural product – this time as the major individual grower of pineapple in the Haiku region of Maui. He served  as a trustee of a local private school and was active in an Aid Society. It was only the desire to provide a first-class education for their children that caused the Whites to move to Southern California, and to choose Redlands as their home in 1920.

Within only a few months, the Whites immersed themselves in the community life of Redlands. Florence supported the Community Music Association, the hospital, the YWCA, and Smiley Library. Meanwhile, Clarence became a charter member of the Rotary Club, later served as president of the hospital board, and as president of the library board of trustees. He was also a member of Fortnightly, the Newport Harbor Yacht Club, and director of the Redlands Horticultural and Improvement Society.

Having established his home on a large tract of land at Sunset Drive near Mariposa (called Whitehill), Clarence turned his attention to gardening, and especially to the breeding of iris. He became internationally known for many of his patented irises, and for his encouragement of gardens. At one time he provided over 4,000 Belle of Portugal roses at either low cost or no cost for the school children to plant. Hundreds of them are still growing around Redlands.

Responding to a community need, Clarence and Florence White presented a gift to the city in 1929 for a new structure for the amphitheater in Smiley Park known as the Redlands Bowl. The “Prosellis,” a word which the Whites put together from the Latin loosely meaning “before the seats” is today the home of our summer music series. Designed by architect Herbert Powell, the Prosellis was fashioned to “fit in with the A.K. Smiley Public Library.” As a library trustee, Clarence was a donor of books and of money to the Endowment Fund. He often stipulated that the money should be used “for worthwhile nonfiction books” and that “the good books” should be over and above existing budget resources.

Some years after Florence’s death in 1947, Clarence made funds available to the University of Redlands called the Florence Fisk White Visiting Lectureship in Literature and Creative Writing. It is around this lectureship and these funds that Writer’s Week, the successful and popular program, has been built.

At Clarence White’s death in October 1957, at the age of 88, Redlands lost one of its most active and generous citizens. Yet the achievements of the Whites in Redlands still continue to enhance our community life.