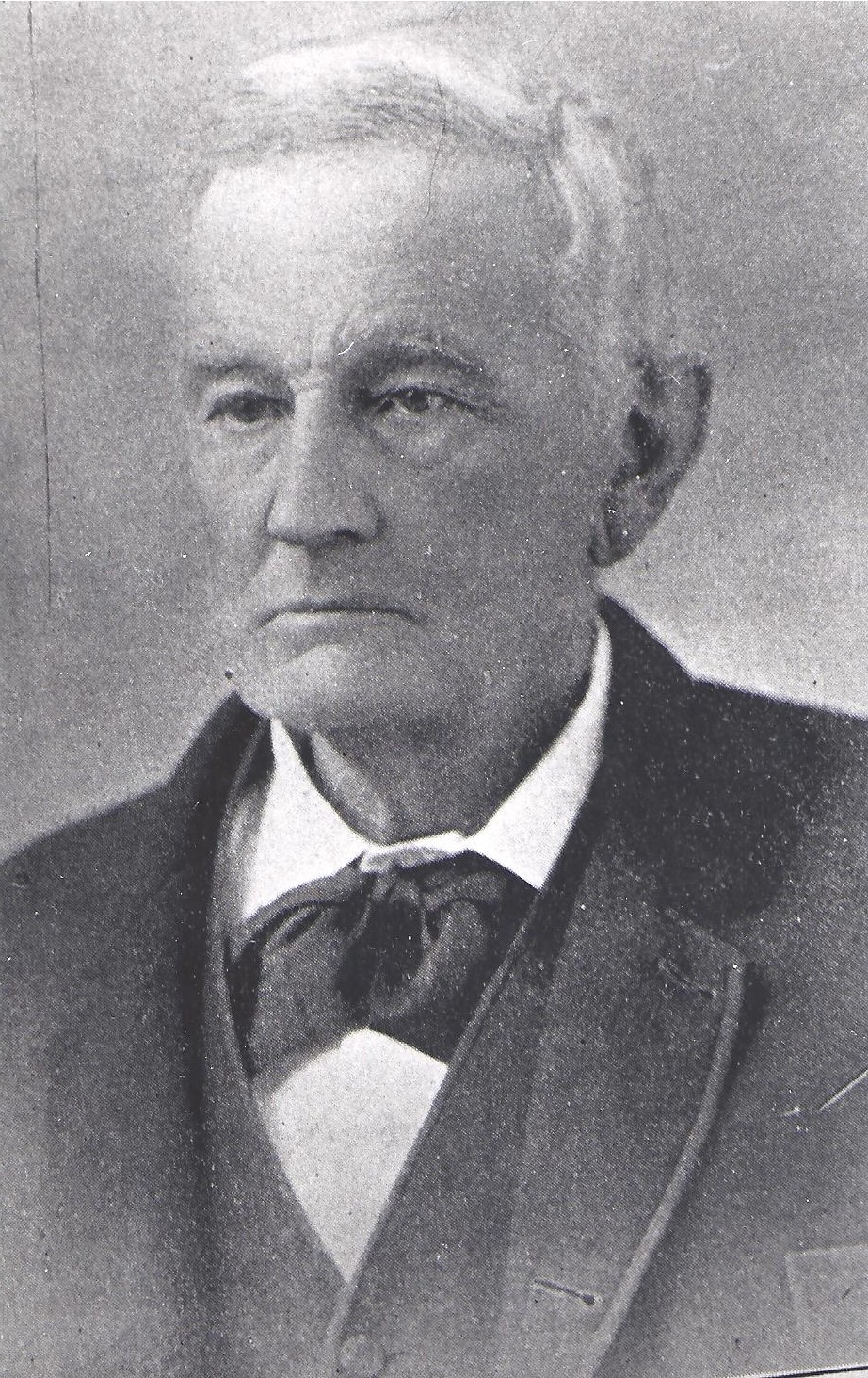 Dr. Ben Barton was born in Greenille, South Carolina on June 18, 1823 to Thomas and Rebecca Barton. In 1846 he graduated from the Transylvania University Medical School in Lexington, Kentucky. So thereafter he moved west settling near San Antonio, Texas where he married Eliza Henrietta Brite (1827- 1920) in 1851. Three years following their marriage the Bartons decided to move further west to California traveling overland. They arrived in El Monte in the fall of 1854.

By 1857 the Barton family moved to San Bernardino where they built a small adobe building near the corner of 4th and “C” (now Arrowhead Avenue and 4th) streets where he established a drugstore, general supply station and a second post office. He served as San Bernardino’s second postmaster from July 1858 to September 1861.

When Brigham Young recalled the Mormons to Utah in 1857, properties in the valley were offered at bargain prices. Much of their holdings had been acquired from the Lugo family who owned vast acreages. Barton purchased 640 acres form Lyman and King for $500 in gold. The Asistencia ruins where included in this parcel. To purchase the property Barton road to Greenville to collect a family inheritance.

The Asistencia lay in ruins except for one building which had recently been occupied by Bishop Nathan C. Tenney. Into this structure Barton and his wife moved with their two young sons. He continued his medical practice for a time acquiring eventually 1,920 acres. In 1859 he set out 60,000 grape vines and established a large nursery to stock not only grapes but fruit and nut trees. He also established a winery for his grape produce as the water at the ranch was not potable.

Barton constructed an imposing fired-brick residence in a neo-classic style with a French mansard roof. Every year he would send one of his sons with their sheep to the mountains for the summer in an area now called Barton Flats. Locally the sheep grazed on Barton lands where Kingsbury Elementary School now stand.

Both the Southern Pacific and Santa Fe railroads were constructed through Barton property by early 1883. By 1888 Barton decided to sell off part of his holdings and move back to San Bernardino residing at 656 “D” Street. He retained 85 acres on which the villa and the Asistancia stood and disposed of the remainder.

Dr. Barton died in 1898 at the age of 75. He was buried at the old City Cemetery located at 7th and Sierra Way. This cemetery was later abandoned when the new Mr. View cemetery was acquired. His remains were moved to the new location in 1908.