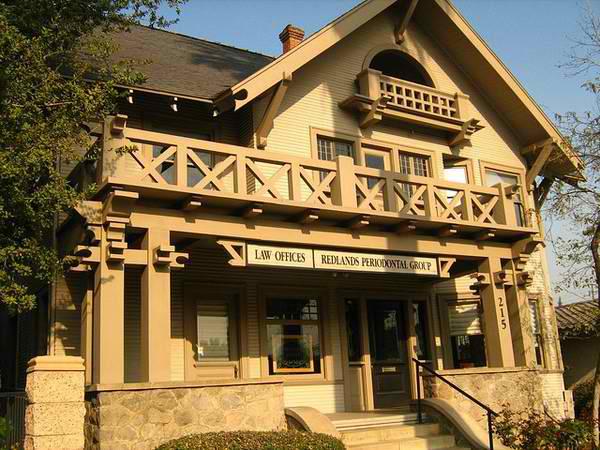 This newly restored building was originally used as a combination office/residence by its first two owners. Designed by Architect F.T. Harris and constructed by Mr. L. E. Huntington for Dr. John L. Avey, the original cost of the building was listed as $5,000.

This two story structure shows the early influence of Craftsman style architecture with its decorative eaves and porch brackets. Triple corner porch posts support a balcony with a cross-braced balustrade. The front gable has a recessed porch with an open balustrade and balcony. The south side features a two-story bay. Two front doors provided separate entrances to the office and residence portions of the building. Two leaded glass windows remain on the first floor.

Dr. Avey maintained a practice in the building until 1921 at which time he sold the practice and residence to Dr. David C. Mock, a physician from Pennsylvania. Dr. Mock practiced in the building for 33 years until his retirement in 1954. After his death in 1968, his widow continued to live in the house until 1980. The present owners, Dr. Max Crigger, Dr. Gary Bogle, Mr. Steve Garrett, Douglas Welebir, and Mr. William Brunick, have completely restored the structure and are currently using it as professional offices.