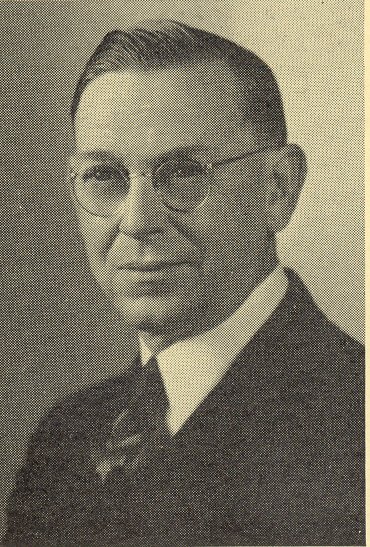 ON THE last day of October, 1902, two boys drifted into Redlands, put up a tent on Washington Street, just south of Lugonia avenue, and went out to look for work. They were Arthur Cortner and his brother George.

Arthur, the seventh son of the family of nine boys and two girls, was born in War­trace, Tenn., on Jan. 26, 1881. His father was a farmer and ran a grain mill. When he was 12, his mother and older sister died, and the boys took entire charge of the house and tended the cow, pigs and fruit trees. They even canned their own fruit in summer and baked the family cakes. He went through grammar school and Brandon Training School-he doesn’t know why it was called a “training” school, it didn’t train, him for anything in particular ­and worked in a general store during summer vacations.

When he was 21, and worried about his health, his father gave him permission to come West, so he and George came to Han­ford, where 50 families, some of them friends and relatives, had settled. Then – “somebody told us about Redlands, so we drifted south.”

After three months of “pounding the pave­ment” and living in a tent on Washington Street, he got a job with F. A. Wales, who was conducting a small funeral parlor on State street, where Mitten’s confectionery is now. He got $6 a week, working day and night. Soon he was wearing a high plug hat and had joined the Elks.

“The most thrilling sight in Redlands, in those days,” he says” “was to see the South­ern Pacific and Santa Fe come in every day with loads of tourists to be taken over Smiley Heights. All around, in the vacant lots, were tally-ho’s and rigs, with their teams and drivers, waiting. What a sight it was, to see them drive off up the street!” He says that between 1902 and 1912, Smiley Heights was the most beautiful spot in the world. (He thinks it is a shame it isn’t reopened).

“There were six livery stables in Redlands, all doing a land-office business. We used their rigs for our funerals, and had to put in our order ready in the morning. Some­times there were so many tourists, the livery stables ran short and had to send to San Bernardino for more.”

Soon, hounded by ill health, he went to Phoenix and spent six months. Back in Red­lands he and George bought a half interest from Wales. In February, 1905, the firm moved into a new building at Cajon and Olive, now occupied by the Y.W.C.A.

“I played center-field for the Elks baseball team,” he remembers. “We played on the old high school field, on Saturday afternoons, and crowds of people turned out for the games.”

In 1908, his health broke and he went to Imperial Valley and stayed a year and a half, raising alfalfa and hogs. He came back in July, 1910, and the firm of Cortner Bros. was born and established in its own building at the corner of Sixth and Olive, where it remained until December, 1936, when the present beautiful quarters were built at 211 Brookside.

In August, 1911, he was married to Catherine Fox, one of the well-known “Fox girls.” His son and partner, Arthur Abram, fam­iliarly known as “Arthur, Jr.” to distinguish him from his father-was born in 1912. A daughter, Anna Belle, lives at the family home, 110 East Olive. A younger son, Gayle Graham, is attending Oneonta Military Academy at Monterey Park.

His favorite sport is deep sea fishing. He is fond also of going into the desert and talking to old prospectors.

He has ushered at the First Baptist church since 1912, and for three years was chair­man of the board of trustees. He is a charter member and past-president of Rotary, a mem­ber of the Elks, Masons and Commercial club, director of the Chamber of Commerce, director and head of the finance committee for the Community Music association and a worker in the Y.M.C.A.