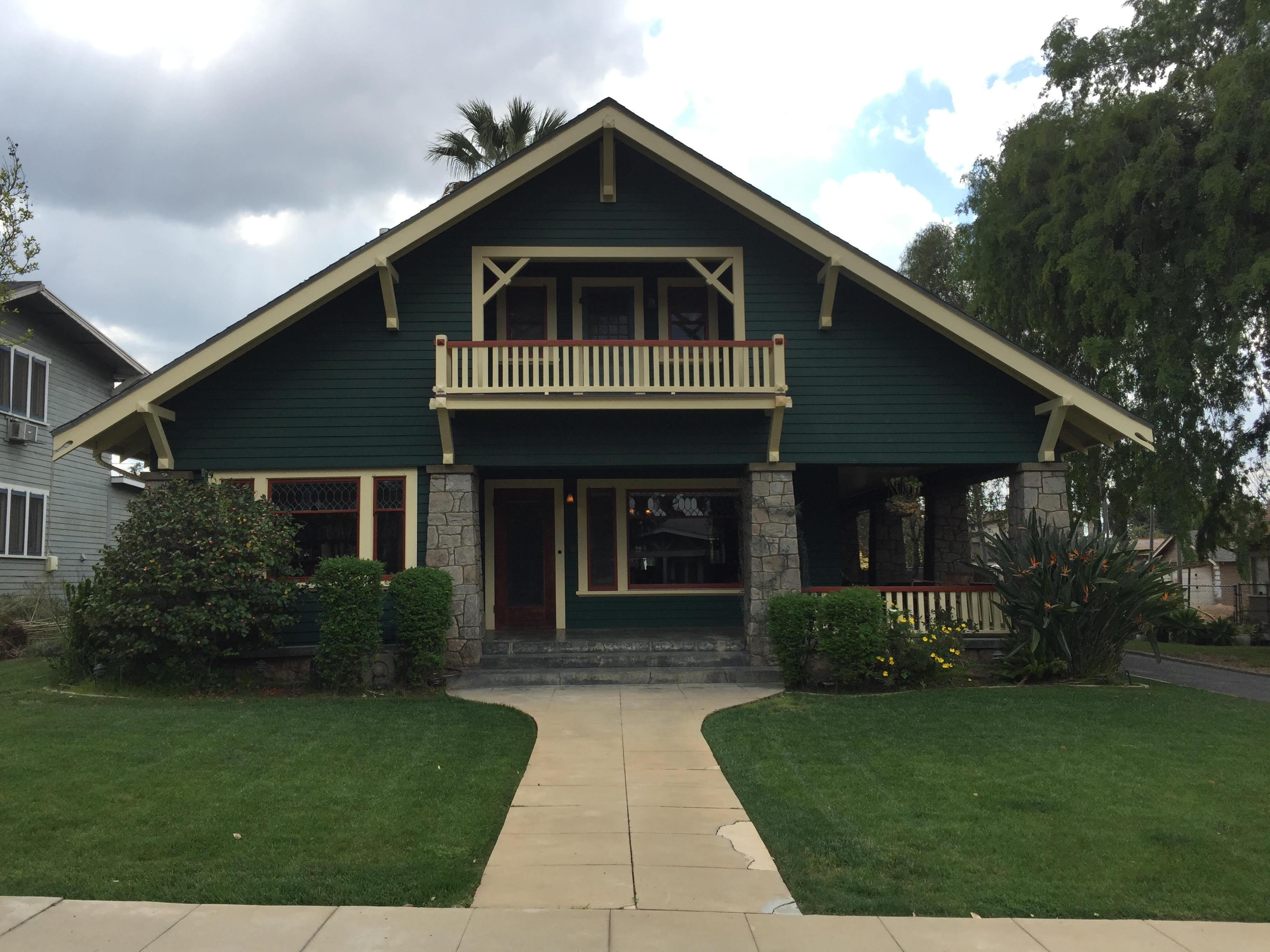 The house at 508 Alvarado was built in 1910 for Charles Baughman. The Building Permit shows that W. F. Ferguson was the builder, that the dwelling was to be 44 x 31, one-story with six rooms. The cost was $3,000. The attic, which gave the house its one and one-half story appearance, was left unfinished. The construction is wood, overlapping siding with stone chimneys. Corner pillars and those at each side of the front steps are of stone. The foundation is stone. Although there are two front doors the main one is full-length glass. The tops of the windows are leaded glass. A small balcony with stick work railing enclosed the windows and doors on the half-story.

The Baughmans lived there until 1916. Other owners followed and then, in 1929/30 the property was sold to a Colonel Wilson, who, with his wife Coda, owned the home until 1982. During their tenure the house was modernized and the leaded glass doors to the sideboard in the dining room, the doors to the living room bookcases, and the plate rails in the dining room were removed. The original wood in the ceilings and the woodwork were painted white. The half story was still attic with the sides boarded up to make a large room in the center. For some years Mrs. Wilson used the property as a rental until it was sold as part of her estate in 1982 to its present owner, Daniel Haueter.

Mr. Haueter has devoted endless hours in these past four years restoring the house and grounds to their original beauty. He patched plaster, stripped the white paint to restore the original wood and then developed the upstairs into a large suite. To do this he needed to break down the walls Mr. Wilson had constructed. Breaking through one of the partitions his flashlight played on a stack of materials. He says he let out a great shout of joy when he realized Mr. Wilson had carefully stached away the plate rails and leaded glass doors. They were in perfect condition and completed the transformation. Last year Mr. Haueter had the exterior of the building restored in its original finish, a fine quality stain with enamel trim.