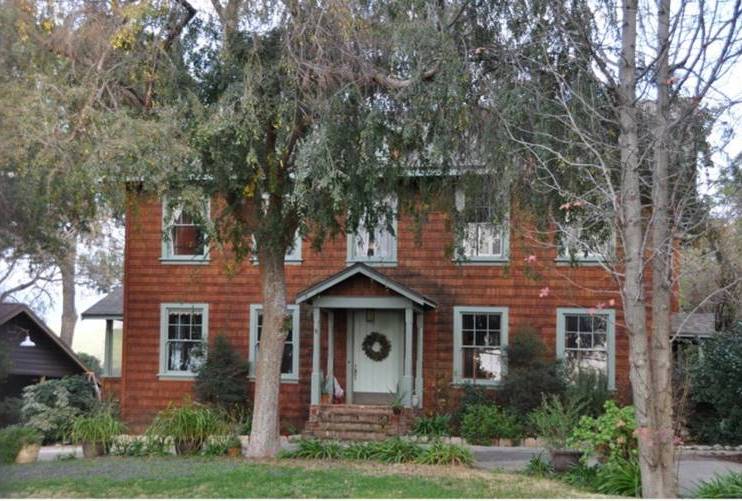 Canadian Charles Corey Brown was a civil, hydraulic, and mining engineer who surveyed the Whittier, Studebaker, and Randsburg areas for the Santa Fe Railroad. After installing the Whittier waterworks, he came to Redlands in 1900 to build the Yucaipe [sic] Land & Water Company’s water system to Crafton and East Redlands. He took the opportunity to purchase Block 78 of Rancho San Bernardino, previously part of George Crafts’ holdings set aside for a college, and planted oranges. He, his wife Amelia and her invalid sister Henrietta each held a one-third interest of this 200-acre ranch. Two years later they left Whittier and moved to Crafton.  Brown was appointed Redlands City Engineer in February 1905. He belonged to Redlands 1st Baptist Church and the Masonic Lodge.

After several years, the Browns began subdividing the ranch. Sixteen acres, which included their residence, was sold to Long Beach building contractor Harry Layton in 1925 for $10 and a $5000 mortgage. It is believed that Layton constructed a new, larger home south of the original dwelling, around 1928.

Layton, his wife Laura and son James only lived in the house a brief time. In December 1929, they sold the home to Holland natives Jacob and Susie DeRoo for $8000. The DeRoo’s lived there for about 30 years before giving the home to their son, David DeRoo. David was a packing house manager and co-owner with Fred Gowland of DeRoo and Gowland Flying A Service Station on Redlands Boulevard.

Mrs. David DeRoo was a member of Assistance League and the League featured the house as one of eleven Camellia Luncheon homes in 1958. The DeRoos split the parcel and sold the residence to Lockheed engineer Warren Hooper and wife, Elizabeth, in 1960. Mark and Christy Gorden purchased the property in 1979, and raised their daughter, Annie, in the home.

A semi-circular drive leads through mature landscaping to this two-story Colonial Revival home; a rectangular cedar-shingled wooden structure with symmetrically balanced windows and center door, that sits upon a concrete foundation. The side-gabled roof has three gabled dormers evenly spaced across the front facade.

The north elevation features an exterior river rock chimney. Rectangular attic vents allow circulation to keep the house temperate. Each story has two windows to the west of the chimney and one to right. On the first level a patio has been screened in on the north east corner of the house, enclosing the lower portion of the chimney.

The south elevation mirrors the north, but without the chimney. A side porch similar to the front entry is the dominant feature.

The Gordens have made many improvements to the century-old property. The old reservoir has been filled in and a new pool constructed on the site; they also added a carport with cupola, and planted grapes along the Walnut Road frontage. The Redlands Area Historical Society is pleased to present this award to Mark and Christy Gorden for their stewardship of this beautiful residence.