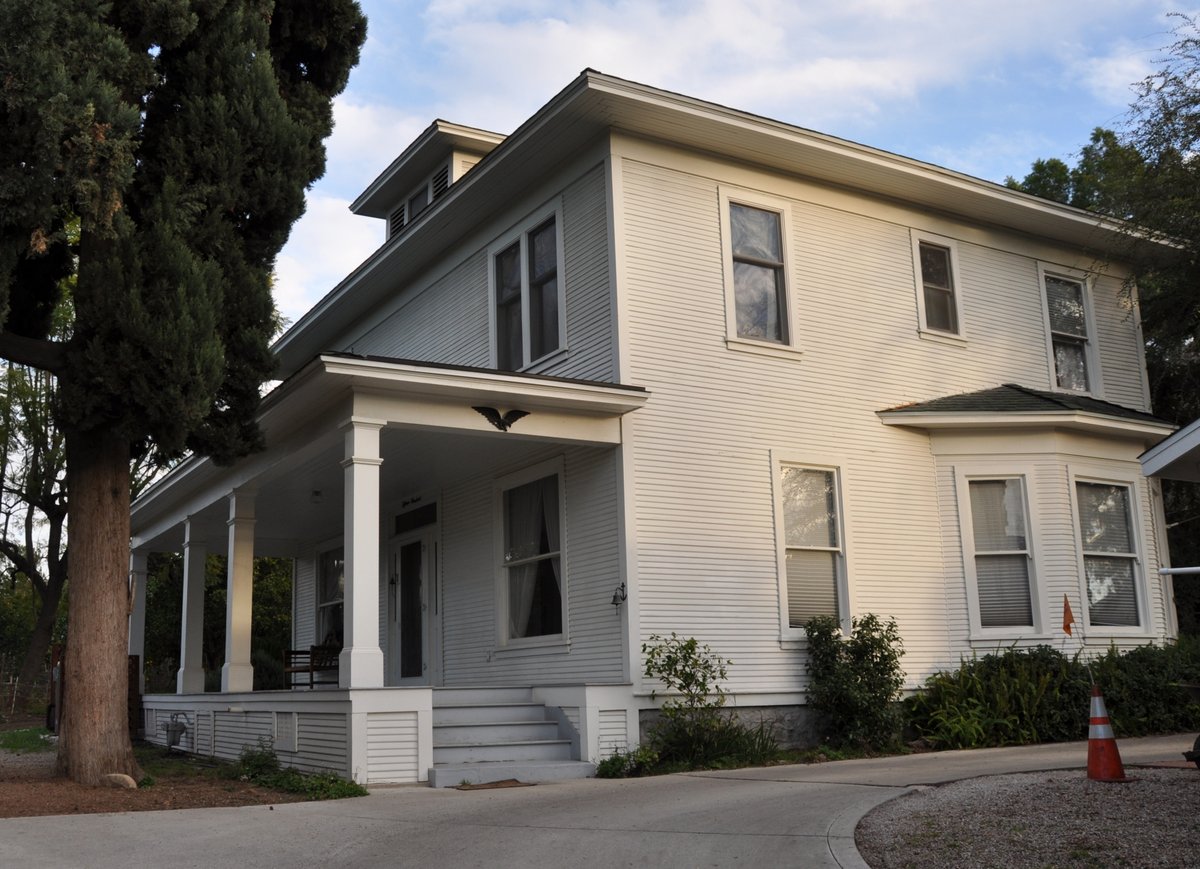 This gracious, 2-story clapboard home, built about 1905 at the corner of Citrus Avenue and Lincoln Street is an example of the Classic Box style of architecture. The home was built by J. W. French, the father-in-law of Robert Palmer, a prominent orange grower in Crafton (Heritage Award 1975).

The structure has a wooden-shingled, medium-hipped roof with a small, vented dormer at the center front. Two brick chimneys rise above the roofline. The front of the house has symmetrically placed windows on both floors. The front door is centered and has upper glass panels in the sidelights. The porch, raised by four steps on one end, runs the entire width of the front of the home and is supported by four-square wooden columns. There is a large bay window on the west side. Behind the house, a separate clapboard and wood-shingled garage, which matches the house is located on Lincoln Street side.

The original owners of the property were pioneers John M. and Caroline Cadwell. John was an orange grower and Caroline was a teacher at Cram and the West Highland Schools before 1900. A member of the First Baptist Church since 1896, Mrs. Cadwell also taught Sunday School there for many years.

When John Cadwell died in 1932, Mrs. Cadwell sold the home to E. I. and Alma Brown. Brown was a cabinetmaker and was responsible for many of the fine cabinets in the home. In the late 1940s the home was owned by William V. and Alma Ousley. The city directory lists Mr. Ousley’s occupation as a barber.

By 1950 the Joe Buoye, Jr. family had purchased the property and began living in the home. Joe Buoye, Jr. is a son of another pioneer family, who owned and operated the Crafton Dairy for many years. The Buoye family also own several orange groves as well as a Christmas tree farm on Lugonia Avenue.

This home, situated among the orange trees is a good example of a typical grove home, which has provided a gracious and comfortable home for several families, who have maintained this important historic resource.

We commend the Buoye family for their continued stewardship of this property.