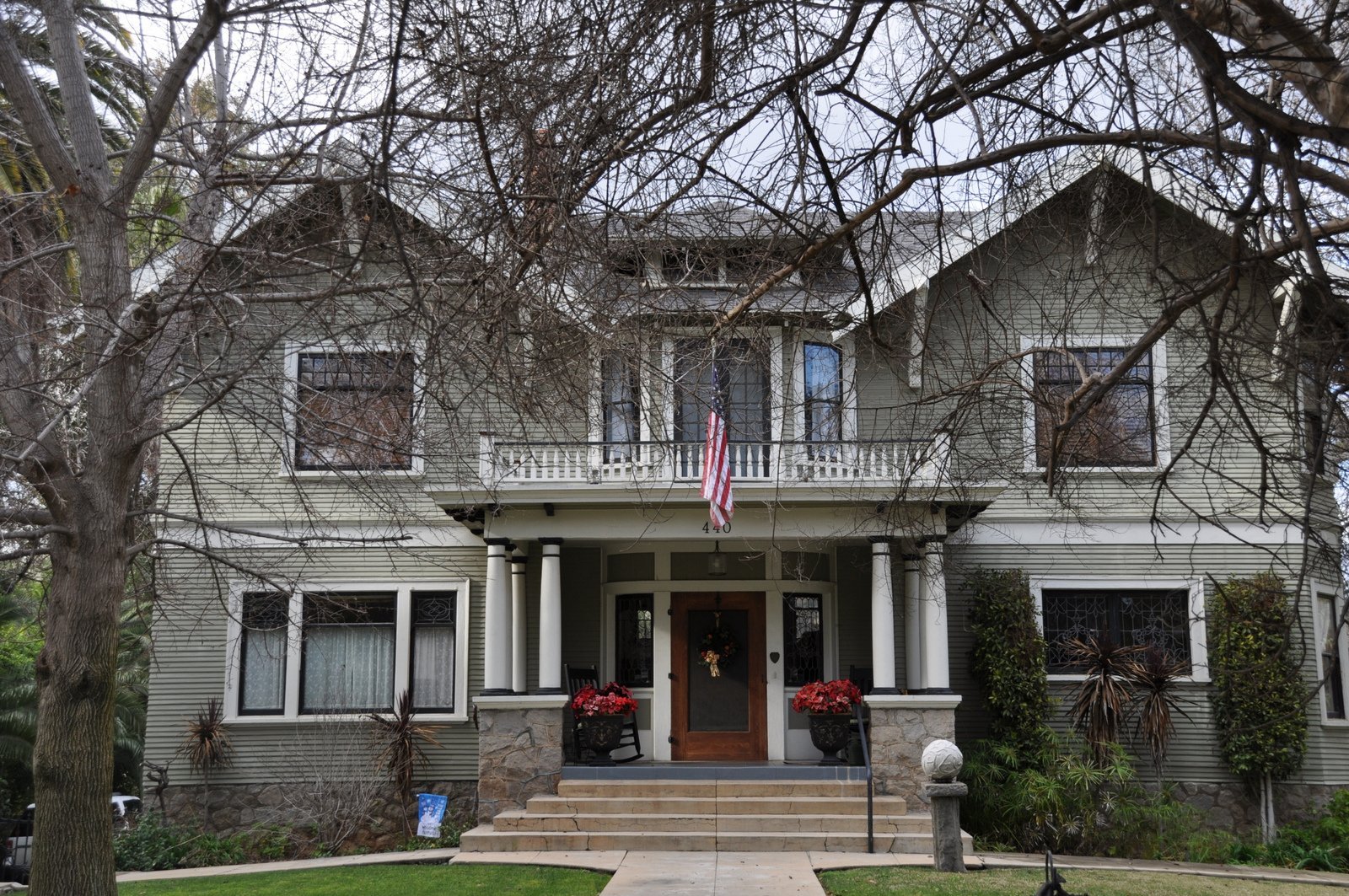 In August 1908, the Citrograph reported “Mrs. Mary Hamilton has taken out a permit for a $5,400 residence on Highland Avenue, near Alvarado Street.” The permit was for a house of 13 rooms to be built by L.E. Huntington. Mary Hamilton later married Reverend Marquis and in the early 1940’s she remodelled the house to enclose its original U-shape to include a six-sided powder room. Also added was a two-story library. The home also includes a three level elevator. After the-death of her parents, the daughter of the Marquis sold the house in 1959 to Col. and Mrs. Hayduck, who in 1961 sold the home to Mr. and Mrs. M.S. Tomlinson. The current owners are Mr. and Mrs. Glenn R. Odell.
Cut granite porch piers form the bases of the eight plain Doric columns that-support the front porch roof. Curved leaded glass windows surround the front door. The two stories are broken by a plain horizontal band and both stories have ping board siding. Above the front porch is a bay window and balcony with short balustrade. The design featuring two matching roof gables suggest architectural roots in the craftsman style that was soon to become prevalent. Decorative roof rafters and heavy eave brackets accen¬uate the roof line which includes a hipped roof dormer.