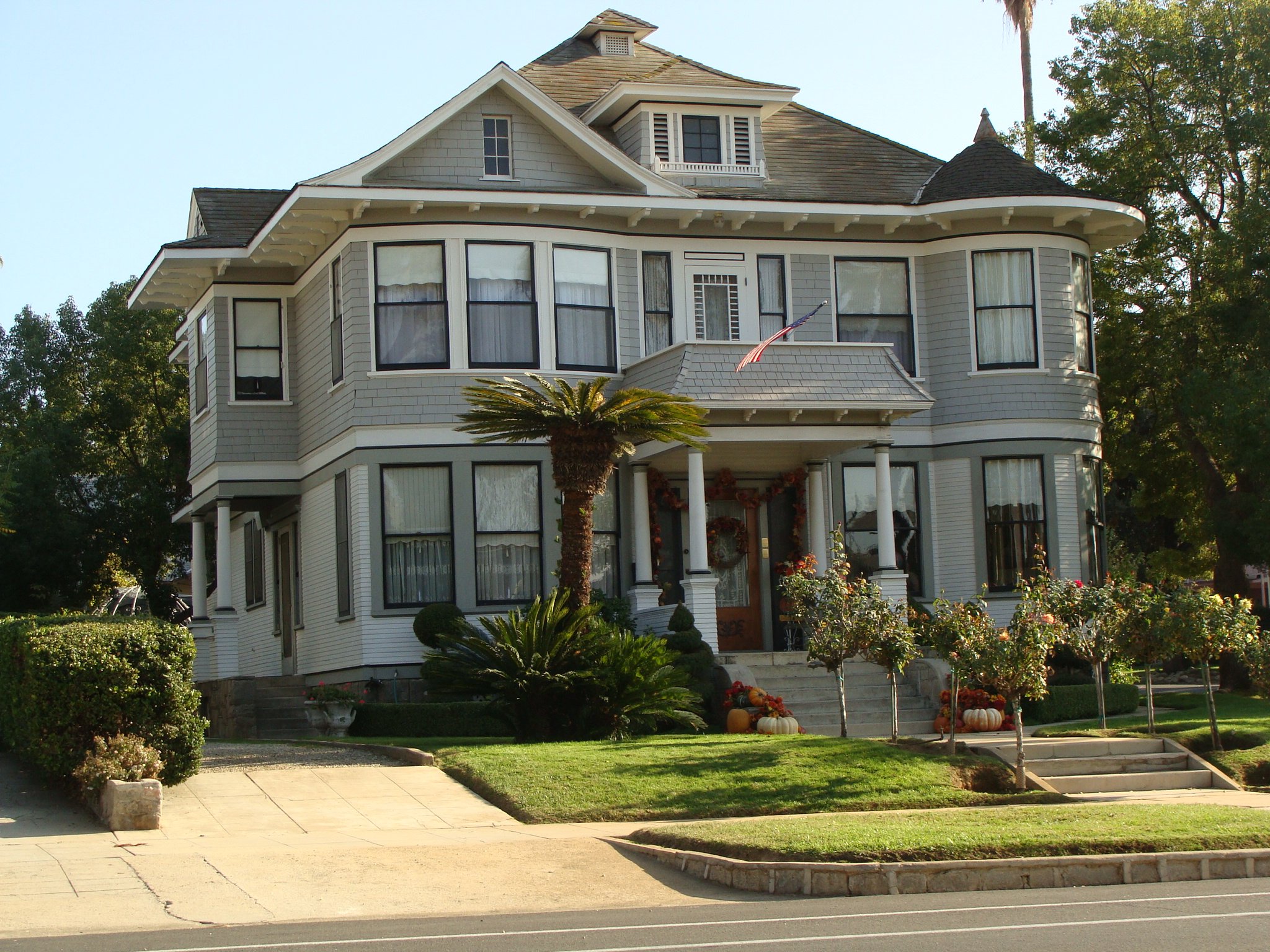 This large, two-story Victorian home was built in 1905 for Mrs. Mary V. Johnson at an estimated cost of $5,500. The architects were Jones and Hoyt. Located in the Parkview Tract, its general dimensions were 34 x 34, and it was built of frame materials. The small, covered front porch serves as the floor of a second-story balcony. The front door has a glass panel and vertical glass side lights. The first floor has overlapping siding, while the balcony rail and the second floor are shingled. A distinguishing feature is the turret-type bay at the right front corner of the house, with three windows at each floor and a witch’s cap roof. Several gables dominate the roof line.

In 1912 Margaret Buchanan, a single lady, who owned five acres of oranges in Bryn Mawr, purchased the house and lived there until her death. She asked a niece, Gladys Faust, to live with her. Following the death of Miss Buchanan, Miss Faust asked a sister, Agnes, also a single lady, to share the home. A nephew, John Gosslin, joined them sometime later. Agnes Faust died and Gladys was confined to a nursing home and, in 1984, John Gosslin sold the property to help finance her care.

The purchasers were Dr. and Mrs. Ken Nesbit. Nothing had been done to keep the property in repair since 1925, and they were faced with a monumental task of restoration. The outside of the house required major reconstruction. All of it was done exactly as the original house had been. Inside, the kitchen was remodeled to modern standards and the remainder of the home was carefully brought back to its original beauty. This required a great deal of work on the part of the Nesbits and her mother and, needless to say, a great deal of money. The results were, and are, magnificent. Very suddenly Dr. Nesbit was offered a post in San Francisco that could not be refused and, knowing relatives of the former owners ardently wanted the home, it was sold to them.

Today John and Lisa Wycoff own and live in this home. He is the great, great nephew of Margaret Buchanan and the great nephew of Agnes and Gladys Faust. Fortunately, they had been able to buy a few pieces of the original furniture, which they have brought back to this home. Needless to say, this property is being well and lovingly tended.

Both the Nesbits and the Wycoffs are to be commended for the restoration and care of this gracious home.