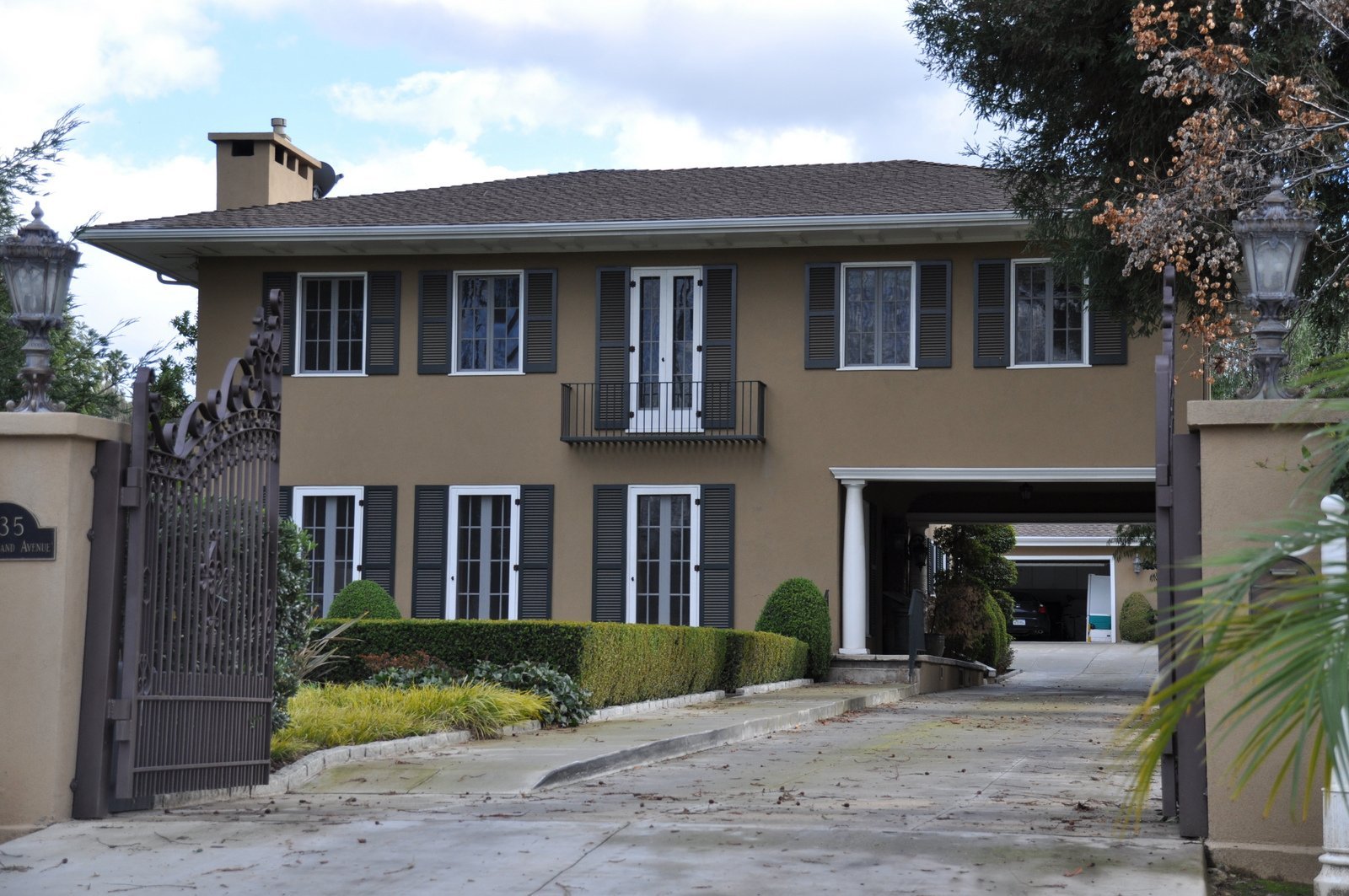 The Redlands Daily Review of December 31,1911 reported: “Percy L. Harley of the realty firm of Harley & Millholland, has made arrangements to build a new home in the fashionable Redlands Heights district. The contract has been let for the home to R.W. Borden, who had charge of the building of the Santa Fe Station here, and the estimated cost is about $6000.”

The site for the new home is one of the best in the city, being a 100 foot by 220 foot lot on the south side of Highland between Center and California Street [Ramona Drive]. The new home will be of modified Italian design in white stucco with green roof. The plans were prepared by F. Garvin Hodson. The windows will be of French design with iron railings. The interior will be finished almost entirely in white.”

F. Garvin Hodson was a renowned architect in Redlands and Pasadena in the the early 1900’s. His other designs can be seen on Highland Avenue at 503 and 460 West Highland. His own home, “Ridgeacre”, located between Halsey and Garden near Mariposa was built in 1907.

The main entrance to the Beall residence is through the port cochere on the west side of the house. The beautiful front door is of beveled glass sided by wood panels of different designs. On one side of the driveway, five pillars support part of the second story, while two are located on either side of the main entrance and one at the entrance to the porte cochere. The roof is a low pitched hip design with boxed cornices. The second floor has four French windows with hinged shutters and one set of French doors centered between the four windows. Iron railing matches the railing by the steps which lead to the front door. The first floor features two sets of French doors and one window, while three sets of doors open onto the patio on the northeast side of the house. The original garage is located on the rear of the property. The Beall residence sits on one and three quarter acres and their property includes the adjoining orange grove. Five enormous redwood trees are located on the property.

In 1920, Harley sold the house to Matilda Zech (widow of H.A. Zech) and Lilian who lived there until 1951 when it was purchased by Herbert E. and Jean Virginia Owens. Redlands City Directories listed Herbert as an operator for the Union Oil Company in Beaumont. In 1963, Dr. and Mrs. Sam Knappenberger purchased the house, constructing the pool two years later. In 1971, Dr. and Mrs. Robert McCormick purchased the house and lived there until selling it to Richard and Lollie Beall in 1992.

Richard and Lollie then began an extensive renovation of their home. The kitchen was completely remodeled from five small rooms resulting from a 1940’s remodel. Subsequently, the designer, Kathleen Beall Frehner was honored with the prestigious Gold Nugget Award of Merit for Best Kitchen Remodeled or Restored. The new woodwork throughout the house was milled to match the original woodwork. Great pains were taken to return the house to its original beauty and elegance.

The Redlands Area Historical Society commends Mr. and Mrs. Beall in their continuing efforts to restore their home to its original historic integrity.