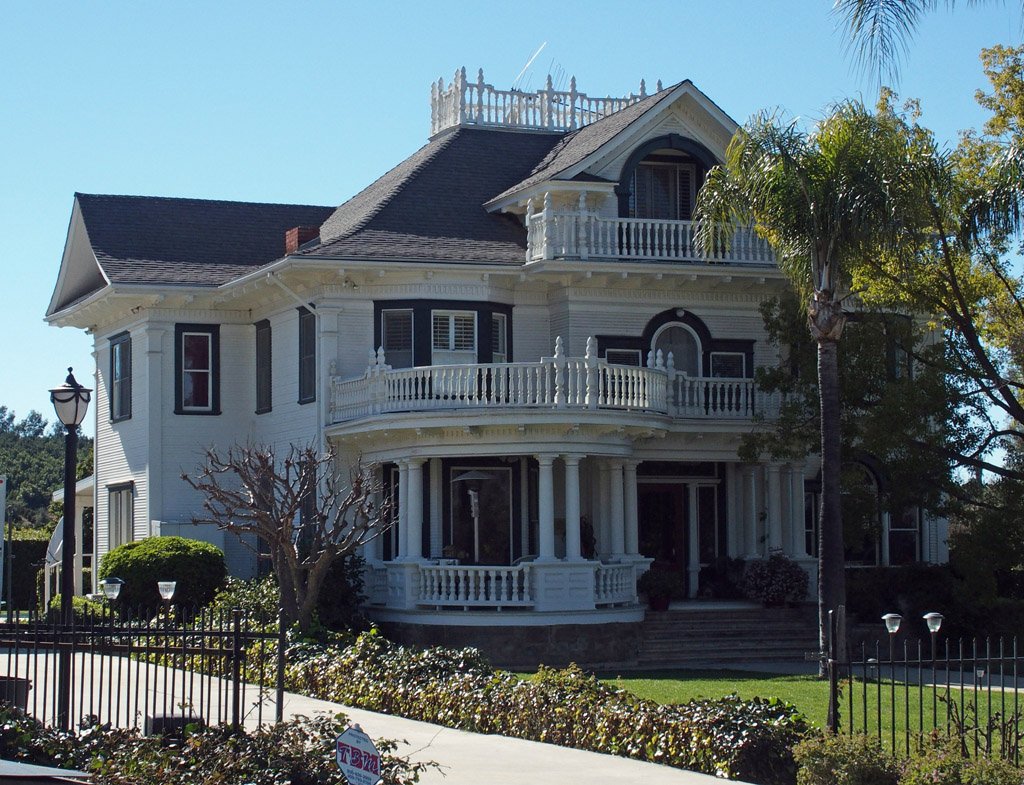 This residence lays in the heart of the area called “Crafton”. Early residents received their mail from the Craftonville Post Office at Colton and Crafton Avenues. The Robert Plummer residence was started in 1895 and was under construction for at least the next decade. Built by Plummer and J.W. French, father-in-law of Plummer, the home is spacious and elegant in appearance and design.

One question which calls for an answer in, “Why did the home take so long to build?” This can be answered simply: lack of finances. Plummer, a prominent orange grower in Crafton, had to wait until the orange trees were bearing before he could realize a financial profit and, thus, continue construction.

Plummer and his family lived in a “shack” behind the building until it was completed. Dr. and Mrs. Heinrich recently tore down this first family home when they began modernizing the house.

The pillars on the front porch and heavy bracketing between ceilings, along with the palm-lined sidewalk, lend to an Italianate style popular with the Victorian age. Some structural change has taken place. The kitchen, like most homes, has been renovated and completely modernized and includes what was once the back porch. Upstairs the house has lost some linen closets in order to panel and carpet the entire attic.