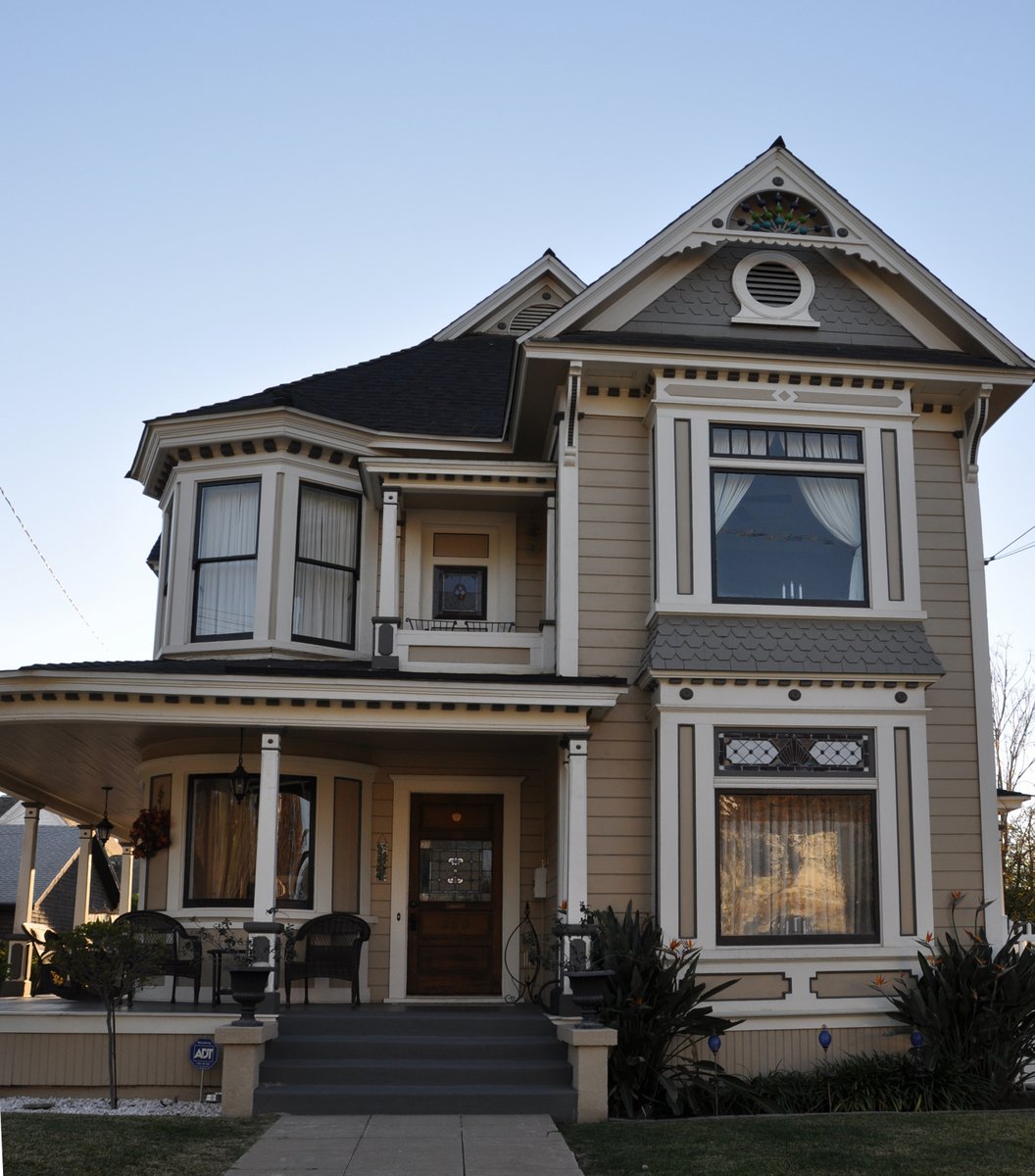 In 1893 W. K. Green, a developer from Whittier, and his sisters joined a third sister already living in Redlands. Together they purchased land in the Redlands area. Mr. Green had many business dealings with area residents, among them A.K. Smiley.

In 1897 Mr. Green and family built the residence at 250 Eureka Street, lot 4, in the Holden Villa Tract. However, none of the Green family seemed to live in the home, renting it to other area families. In 1902 Mr. Green sold his land and home to a widow, Mrs. AI. Lempke. Mrs. Lempke held on to the home until 1920 when it was sold to a Mr. Albert D. Wilson and wife, Leona L. Wilson. The residence remained with the Wilsons until the death of Mrs. Wilson and the settlement of her estate in 1964. Mr. Marvin Van Wieren and wife, Caroline, purchased the home only to sell it two years later to the present owners, James and Kay Hathaway.

The distinctive characteristics of this late nineteenth century architecture are shown by the offset cross gable, fishscale shingles, and the detailed millwork on the second story. Its closed curved porch, solid square columns, and bay windows are shown off beautifully by its exterior gray color with white trim.